Egypt, Sudan go in on industrial zone for Khartoum

Egypt is courting Sudan with a joint industrial zone in Khartoum in a bid to boost cooperation against the Grand Ethiopian Renaissance Dam. 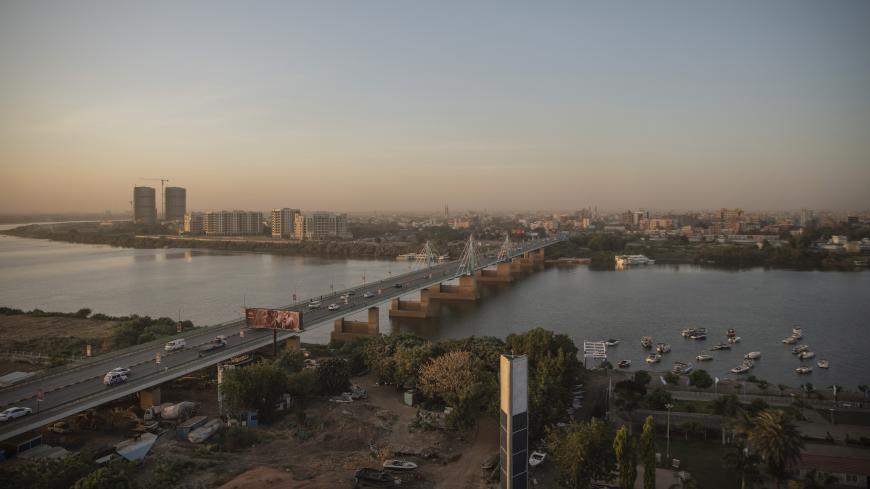 CAIRO — As Egypt, Sudan and Ethiopia fail to reach a satisfactory agreement over the Grand Ethiopian Renaissance Dam (GERD) despite the many rounds of negotiation over the past years, Cairo is looking to boost cooperation with Sudan.

The rapprochement includes military exercises as well as efforts to achieve joint cooperation in industry and trade and foster social ties between the Egyptian and Sudanese people as well as help them counter the GERD together.

In late January, Egyptian Minister of Trade and Industry Nevin Jameh visited Sudan for a few days and met several Sudanese officials. During her trip she said that Egypt had completed a feasibility study for an Egyptian industrial zone in Sudan, aimed at strengthening industrial and commercial cooperation between the two countries.

Jameh confirmed in a press statement that the project site has been agreed upon, saying, “We are awaiting the Sudanese side's response about the project.” Jameh praised the planned industrial zone for generating investment opportunities in the two countries.

Cairo's promotion of the industrial zone with Sudan started when Egyptian Prime Minister Mostafa Madbouly, who is a trained engineer, visited Sudan in August 2020. It was his first visit to Khartoum after the overthrow of the previous regime on April 11, 2019.

The project to establish an Egyptian industrial zone in Sudan will serve the common interests of both countries in the GERD crisis, according to Egypt's former ambassador to Sudan, Mohamed El-Shazly.

Shazly pointed out that there have been radical changes in the government’s policy in Khartoum since the fall of President Omar al-Bashir. Sudan's current government has become aware that Ethiopia’s actions concerning the GERD and borders have become a clear threat to Sudanese national security, placing Cairo and Khartoum on the same side against Ethiopia.

Cairo is also seeking to establish a railway linking Egypt and Sudan. President Abdel Fattah al-Sisi announced the railway project during his visit to Khartoum in late 2018, but the project stumbled as unrest erupted in Sudan in early 2019. In October 2020, the Egyptian and Sudanese transportation ministers resumed discussion on the project.

Shazly added to Al-Monitor that Egypt aims to achieve industrial integration with Sudan and link Egyptian and Sudanese interests. “There is a lot that can be achieved by Cairo and Khartoum, especially since the two countries have great historical, geographical and cultural ties. For example, Sudan can achieve food security not only for Egypt, but for all of Africa.”

Regarding the current Egyptian position on the dam crisis, Shazly affirmed that Cairo is counting on the international community to break Ethiopia’s intransigence. “Cairo will not resort to threats or escalation, though it could. Rather, it will insist on dialogue so long as its legitimate rights to the Nile are protected. Egypt wants Ethiopia to be aware of the risks of its obstinacy.”

At the first Egyptian-Sudanese Joint Business Council in Sudan, Sudanese Minister of Industry and Trade Madani Abbas Madani expressed happiness at the plans for an Egyptian industrial zone in Sudan. He asserted that the zone will meet the needs of both parties, boost Sudanese trade and industry and create a major market for Egyptian products.

Egyptian researcher in international relations Mohammed Hamed believes the industrial zone is a step toward stronger Egyptian-Sudanese relations, especially at the industrial level. “This is a quantum leap in bilateral relations strained by the 30-year rule of Sudan's Omar al-Bashir and the Muslim Brotherhood.”

Hamed explained over the phone to Al-Monitor that the development of industrial ties will naturally lead to stronger political and diplomatic relations and enable the two countries to form a solid front against the Ethiopian maneuvres aimed to drive a wedge between Egypt and Sudan. “It seems bilateral relations are being bolstered at all levels and industry is an important pillar. Four agreements have been reached between the two sides in terms of residence, visas, movement and property ownership.”

Sharqawi told Al-Monitor that the zone will allow Egypt to share industrial expertise with Sudan. “This expertise will be exploited to revive industry and trade between the two countries. Sudan is known for its vast quantities of livestock, which may be tapped to stimulate the leather industry and trade, in addition to the promising agricultural industry in Khartoum.”

He continued, “The zone will enhance investment opportunities for businessmen from all parts of Africa. It will also contribute to raising the capabilities of the two countries in the field of industry and trade and providing job opportunities for African youth in general."