Egypt and Sudan hold military drills amid a deadlock in talks with Ethiopia to reach a binding agreement on filling and operation of Ethiopian dam project on the Nile. 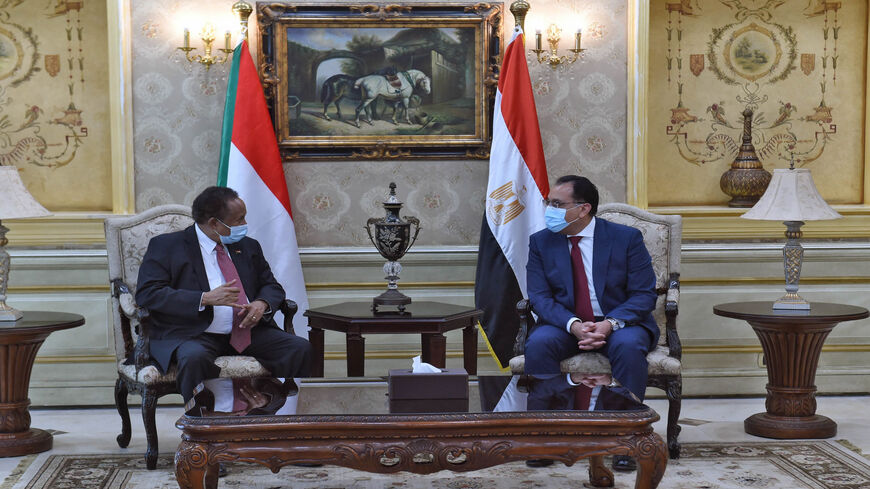 Commando and air forces from Egypt and Sudan concluded a five-day military exercise at Merowe air base in northern Sudan on April 5, amid a deadlock in talks with Ethiopia over a hydroelectric dam project Addis Ababa is building on the Blue Nile, a tributary of the Nile River.

“The Egyptian army stands side by side with the Sudanese army in the same trench to defend it as both armies look forward to a more promising and safer future,” Lt. Gen. Mohamed Farid, the chief of staff of the Egyptian army, said at the conclusion of the military exercise.

He said the joint training will contribute to boosting security of both Egypt and Sudan and underlined the importance for the two countries “to work together against common challenges against the borders.”

Farid said it is important for the two countries to “face joint challenges in order to secure the borders and protect resources,” stressing the need to “quickly implement the exercise to complete an exchange of expertise in order to maintain both countries’ national security.”

Speaking at the conclusion of the drill, Gen. Mohamed Osman Al-Hussein, the chief of staff of the Sudanese Armed Forces, said the joint exercise will help boost relations between Egypt and Sudan and integrate their national security.

Hussein, however, said that the exercise “was not targeting a certain country,” amid reports about a possible military attack against Addis Ababa over the Grand Ethiopian Renaissance Dam (GERD).

While Ethiopia says that the GERD aims to generate electricity and achieve economic development, Egypt fears that the project will imperil its water share from the Nile, the country’s only source of freshwater. Sudan, meanwhile, is worried about the safety of its dams and about regulating water flows.

Ethiopia has rejected calls by Egypt and Sudan to postpone the second filling of the dam reservoir until an agreement is reached on the operation of the project.

Egypt’s Foreign Ministry said April 6 that the latest round of trilateral talks between the three countries in Kinshasa, Congo, failed to make any progress, citing Ethiopia’s rejection of a Sudanese proposal — backed by Cairo — to form an international quartet made up of the African Union, the United Nations, European Union and the United States to resolve the dispute.

“Egypt will take all measures to protect the country’s national security at the proper time,” Foreign Minister Sameh Shoukry told the private ON TV. The top diplomat said Cairo is coordinating with Khartoum on the GERD crisis. “The unilateral filling of the dam foretells dangerous developments that will threaten the region and international peace and security,” he said.

Shoukry, who flew to Khartoum for talks shortly after the Kinshasa talks, continued, “Egypt and Sudan will not allow any harm to the two countries.”

Sudan, for its part, blamed Ethiopia’s intransigence for the failure of the talks, saying Khartoum is considering all options to deal with the dam dispute.

“This Ethiopian intransigence requires Sudan to consider all possible options to protect its security and its citizens,” the Ministry of Irrigation and Water Resources said in a statement.

On April 7, Egyptian President Abdel Fattah al-Sisi renewed his warning to Ethiopia of the risk of a conflict over the dam project. “I tell our Ethiopian brothers, 'We should not reach the level that you mess with a water drop in Egypt, because all options are open,'” Sisi said. ”Cooperation between each other and building together is much better than that we disagree and struggle.”

On March 30, Sisi warned that there will be “inconceivable instability in the region” if Egypt’s water supply from the Nile was affected by the GERD.

Gamal Mazloum, a military expert and adviser to the Nasser Military Academy affiliated with the Egyptian army, told Al-Monitor over the phone, "Relations between Egypt and Sudan are strategic and their ties began to improve following the overthrow of the Islamist regime of Omar al-Bashir.”

Egypt has recently moved to strengthen cooperation with Sudan, signing a military pact with Khartoum on March 2. The rapprochement also included military exercises as well as efforts to achieve joint cooperation in industry and trade.

Mazloum said a recent border dispute between Sudan and Ethiopia and the deadlock in talks on the GERD indicate that the two countries could carry out a joint military action against Addis Ababa.

“The military option is still on the table if Ethiopia continues its intransigence on reaching a binding agreement on the GERD,” Mazloum said. “I still believe that if the situation comes to the point of a military action, it will not be in the interest of Ethiopia or stability of the whole region."

Mazloum, however, still hopes for a breakthrough in the negotiations between the two countries on the dam project. “I believe that there could be a last-minute breakthrough, otherwise the situation will explode in a way that will harm the interests of all countries of the region,” he noted.

Ayman Abdel Wahab, a specialist in Nile Basin affairs at Al-Ahram Center for Political and Strategic Studies, said the failure of the Kinshasa talks was expected.

“There was nothing new in this round of talks as there was no real pressure practiced on Ethiopia to change its position,” Abdel Wahab told Al-Monitor over the phone. “I believe we are heading to escalation that will put all parties at a point of clash.”

Abdel Wahab believes that Cairo and Khartoum will seek to escalate diplomatic pressure on Ethiopia by going to the UN Security Council, the African Union and with countries that have investments in the region in the coming few days to heap the blame on Ethiopia for the failure of the negotiations to reach an agreement on the dam project.

“If Ethiopia moved on with completing the second filling of the dam reservoir, this will be the death knell for the negotiations and this will trigger a reaction from Egypt and Ethiopia,” he said.

Abdel Wahab concluded, “Staging a joint Egyptian-Sudanese military action against Ethiopia remains possible as a last card in response to the Ethiopian intransigence.”