While the Egyptian government says the historic initiative is a good faith effort to set a path forward, critics say the strategy is primarily designed to quiet international critics. 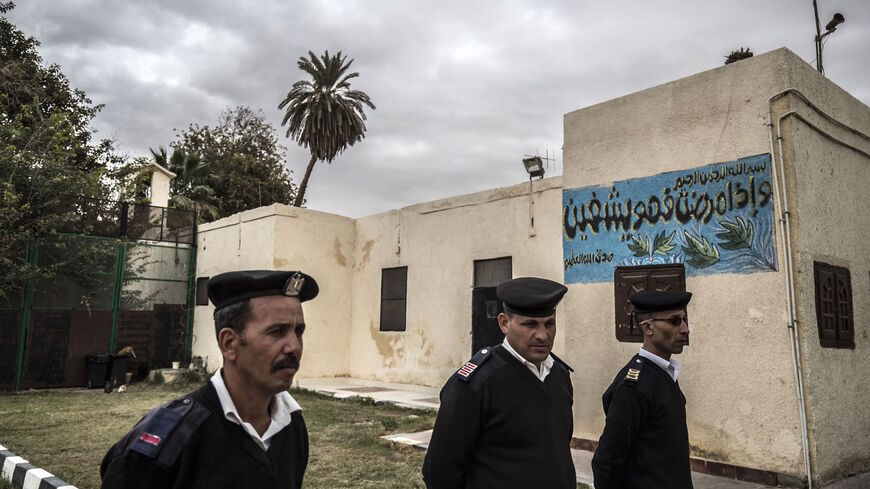 A picture taken during a guided tour organized by Egypt's State Information Service on Feb. 11, 2020, shows policemen standing guard in front of the Tora prison clinic on the southern outskirts of the Egyptian capital Cairo. - KHALED DESOUKI/AFP via Getty Images 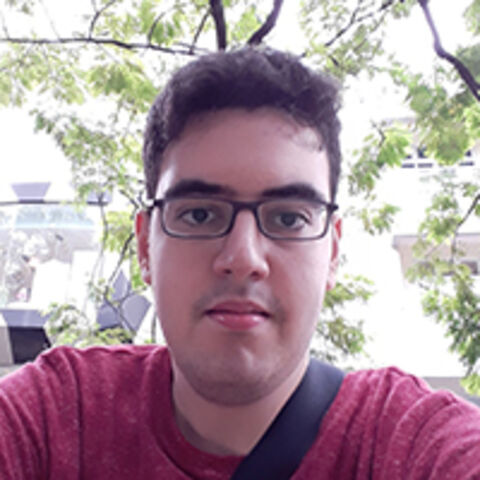 After more than a year of consultations, President Abdel Fattah al-Sisi launched Egypt's National Strategy for Human Rights on Sept. 11.

The Supreme Standing Committee for Human Rights, which was established by Prime Minister Mostafa Madbouly in November 2018 and headed by Foreign Minister Sameh Shoukry, was tasked with developing a new strategy for the development of Egypt’s human rights.

Essam Shiha, the head of the Egyptian Organization for Human Rights who participated in the consultation sessions as a civil society representative, told Al-Monitor, “The strategy was the result of political will to improve the human rights situation in all its aspects in Egypt. The state adopted previous initiatives, such as the 100 Million Healthy Lives Initiative and the Solidarity and Dignity Plan, to improve the economic and health conditions of citizens.”

The National Strategy for Human Rights is divided into four areas: civil and political rights; economic, social and cultural rights; rights of women, children, persons with disabilities, youth and the elderly; and education and capacity building in the field of human rights.

The document contains dozens of goals, including “reviewing crimes that are punishable with the death penalty” and “combating torture.” Egypt's human rights record has faced scrutiny and criticism by international human rights organizations, the United Nations, the United States,  European countries and international nongovernmental organizations.

Egyptian and international human rights organizations have repeatedly made these demands as well as reducing Egypt's 25.8% illiteracy rate and providing equal opportunities for women and men in the judiciary. The strategy sets objectives to be met over five years through legislative efforts, institutional efforts and human rights education and capacity building.

Shiha told Al-Monitor, “I am optimistic about achieving the strategy on the ground, because Egypt is very centralized. When the presidency pushes toward something, the rest of the state institutions follow suit. We hope that the strategy will be accompanied by an action plan within a specific time frame to achieve it.” He said he is aware that calls for the release of prisoners in pre-trial detention will continue, and the government will prepare programs to reintegrate them in society and open avenues for them to join political parties and civil work.

Shiha warned, however, that the parliament must monitor the implementation of the strategy by the government and the presidency, stressing the importance of the role of “civil society in rebuilding the citizens’ [trust in the authorities] through governance and transparency, by raising awareness and training citizens and state institutions on the concepts of human rights.”

Some representatives of other human rights organizations who voice harsher criticism of the policies of the Egyptian government and are banned from traveling and have had their assets frozen after being investigated 10 years ago in the 2011 foreign funding case, had a different take on the new national strategy.

Eid explained their exclusion as “a lack of real desire to listen to critical voices of the government’s handling of the human rights file," saying, "The main goal is to produce a document to solely improve the image of the regime.”

Zarei agreed with Eid, saying, “The strategy was issued in light of the growing international criticism of Egypt's human rights record, which appeared in the recommendations of the UN’s recent Universal Periodic Review of Human Rights in Egypt, and the statement of 31 European countries about Egypt in March. The United States also withheld some aid from Egypt.”

Zarei added, “We still cannot see development in civil rights, for example, in the absence of progress in some of the detainees’ complaints, such as that of activist Alaa Abdel-Fattah,” who demanded a review of his detention.

“In my opinion, achieving the goals of the strategy is simple. If we start implementing the provisions of the constitution that mention rights and freedoms, and spending percentages of the GDP on health and education, we will solve our problem,” Zarei said.

Gamal Bayoumi, a former assistant foreign minister, told Al-Monitor that the Foreign Ministry handled development of the strategy because international criticism bothers Egypt more than the domestic criticism. Shoukry took responsibility for the file instead of the minister of social solidarity, who usually deals with local nongovernmental organizations in Egypt.

He believes the strategy expresses a “comprehensive Egyptian concept of human rights, including economic and social rights,” but fails to address freedom of speech.

Bayoumi added, “Egypt is not against making progress in the human rights file, but it is important to take into account the cultural and civilizational differences between peoples. The abolition of the death penalty contradicts the concept of revenge in Upper Egypt, for example, and it is impossible for Egyptian society to accept same-sex marriage and embrace other sexual freedoms.”

During the press conference announcing the national strategy, Sisi also named 2022 as the year of civil society. While Shiha sees the move as “an appreciation of civil society as an essential partner in development,” Zarei wondered, “Will the travel ban on some human rights defenders be lifted and will others be released from prisons?”