Burundi has expressed support for Egypt in the Grand Ethiopian Renaissance Dam crisis. 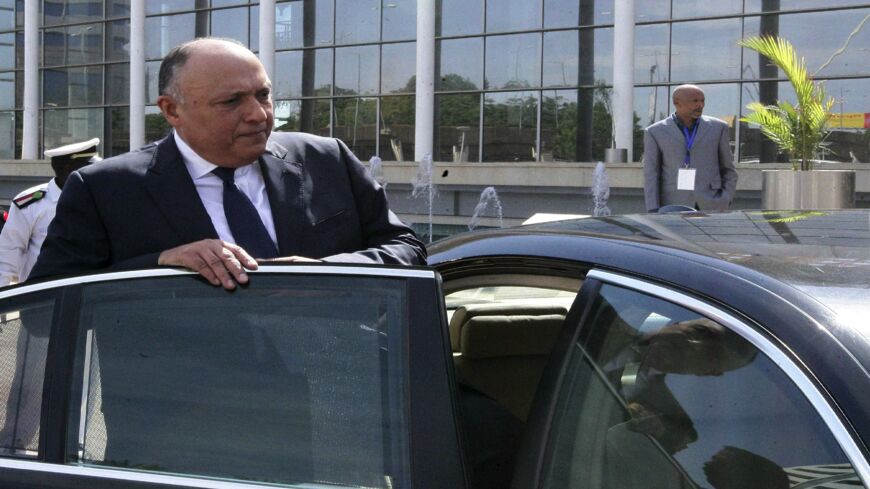 CAIRO — Burundi’s Foreign Minister Albert Shinjiro recently said the Grand Ethiopian Renaissance Dam (GERD) is a very sensitive file and every country has the right to achieve development, but “the right to life comes before the right to development.”

Speaking at a joint press conference with Egyptian Foreign Minister Sameh Shoukry on Sept. 7 in Cairo, Shinjiro said, “Water for the Egyptians is a matter of life or death,” adding the GERD crisis should be resolved through dialogue and a binding legal agreement needs to be reached.

Shinjiro’s remarks were in line with Shoukry’s speech before the 156th regular session of the League of Arab States on Sept. 9.

“A  binding agreement on the GERD will spare the region an undesired complex landscape with ominous consequences,” Shoukry said in his speech.

He stressed the solution "lies in a binding and just agreement that preserves Ethiopia’s right to development and does not diminish Egypt’s and Sudan’s rights to the Nile waters.”

For his part, Ethiopia's Foreign Ministry spokesperson Dina Mufti said in a statement on Sept. 9 that referring the GERD dossier back to the African Union (AU) is a diplomatic victory for Addis Ababa, and the attempts to internationalize the GERD crisis have been the most prominent challenges Ethiopia has faced this year.

In this vein, Tarek Fahmy, a professor of political science at Cairo University, told Al-Monitor, “Egypt and Burundi are on good terms, and the Burundian foreign minister’s recent remarks are supportive of Egypt and a reiteration of what President Abdel Fattah al-Sisi said years ago.”

Fahmy said such statements need to be reflected in stances in support for Egypt before the AU, particularly since the GERD dossier is back under the AU umbrella. He also called on Egypt to take the necessary action ahead of the third filling of the dam’s reservoir in July 2022.

Egypt, which suffers from water scarcity, fears its share of the Nile water — amounting to nearly 55.5 billion cubic meters — will be affected by the GERD that Ethiopia started building in 2011 on the Blue Nile, close to its border with Sudan, at an estimated cost of nearly $4.6 billion and with a maximum capacity of 74 billion cubic meters.

Meanwhile, Sudan worries the dam will affect its agriculture by removing silt and the decrease in the water level will affect fisheries.

Ethiopia, however, insists the GERD is key to its economic development and will provide 6,000 megawatts of electricity.

Ayman Samir, a professor of international relations at Cairo University, told Al-Monitor Egypt must mobilize political support for its position on the GERD crisis since the negotiation track is now back under the AU sponsorship. Burundi, a Nile Basin country, has always backed Egypt in previous AU-sponsored negotiation rounds, Samir added.

According to Samir, Ethiopia has always argued that Egypt’s problem is not only with Addis Ababa but with all Nile Basin countries. But Burundi’s support shows otherwise, he stressed.

On April 10, Egypt and Burundi signed a military cooperation protocol, which allows the two countries to exchange experiences and affirms their converged views on issues that affect the common interests of the two countries' armed forces.

Samir noted the Burundian foreign minister’s remarks confirm that Egypt’s position on the GERD arises from law and justice when it comes to the Nile water's use. These supportive voices before the AU will certainly serve the Egyptian position, he said.

Addis Ababa announced on July 6 the start of the second stage of filling the GERD reservoir in the absence of an agreement with Cairo and Khartoum, which they rejected.

On July 8, the UN Security Council held a session on the GERD upon Egypt's and Sudan's request after the AU failed to resolve the crisis. The Security Council’s 15 member states stressed the need for the three countries to intensify talks under AU auspices so as to reach a tripartite agreement to de-escalate tension between them.

Samir did not rule out the possibility the next negotiation round under AU auspices might fail, as previously happened during the latest talks in Kinshasa on April 6. He said the AU does not have a sanctions mechanism to force the intransigent countries to back down.

He explained that since Egypt is one of the five largest contributors to the AU budget, Cairo can pressure the AU to take a fair position on the GERD crisis.

For his part, Fahmy said the Algerian initiative to solve the GERD crisis is expected to move stagnant water considering it is an important country and enjoys important weight in the AU. He added Ethiopia is more likely to welcome this initiative because Algeria has good relations with all of the AU countries.