The airline previously said it would begin flights to Tel Aviv in June. Bahrain's new ambassador to Israel wants Israeli tourists to visit. 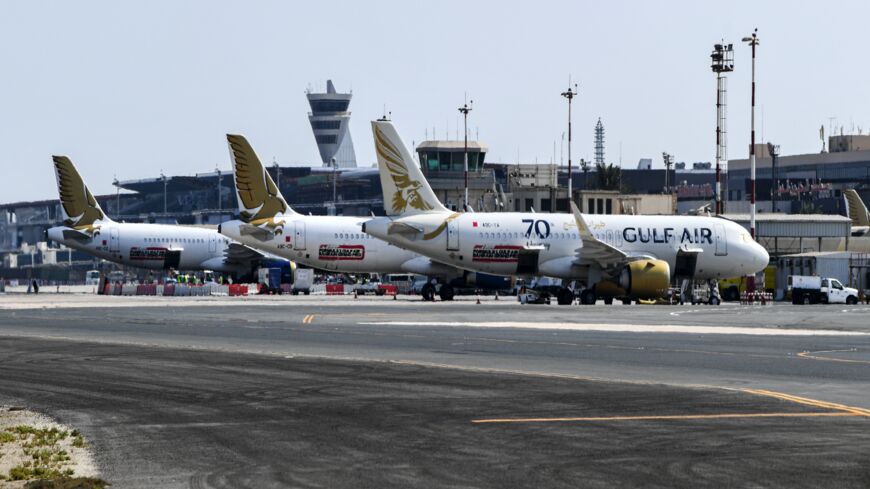 This picture taken on November 5, 2019, shows a view of Gulf Air Airbus A320 (R) and A321 (C, L) aircraft at Bahrain International Airport. - KARIM SAHIB/AFP via Getty Images

Bahrain’s national airline is now scheduled to begin roundtrip flight services to Israel at the end of the month.

“We are delighted to announce the launch of our Bahrain-Tel Aviv route as part of the historic Bahraini-Israeli relations,” said acting CEO Capt. Waleed Al Alawi. "As the national carrier of the Kingdom of Bahrain, we take great pride in supporting our leadership and kingdom in their role of preserving peace and prosperity in the region.”

Bahrain and Israel established full diplomatic relations last year as part of the Trump administration-brokered Abraham Accords. Bahrain’s decision to normalize relations with Israel came shortly after the United Arab Emirates did so. The UAE was only the third Arab state to recognize Israel and the first in more than 20 years.

This is not the first time Gulf Air has pledged to begin flights to Tel Aviv. The airline previously said flights would begin in June. A search on the Gulf Air website revealed round trip tickets in October and November for around $550 USD.

The flights could help boost business relations between the two countries as well as tourism. Bahrain’s ambassador to Israel is eager to welcome Israeli tourists to the Gulf state.

“So excited for you to experience the land of two seas, our beloved #Bahrain,” said Khaled Al Jalahma in a Friday tweet.