The announcement comes less than a year after the two countries agreed to establish formal ties as part of the Abraham Accords. 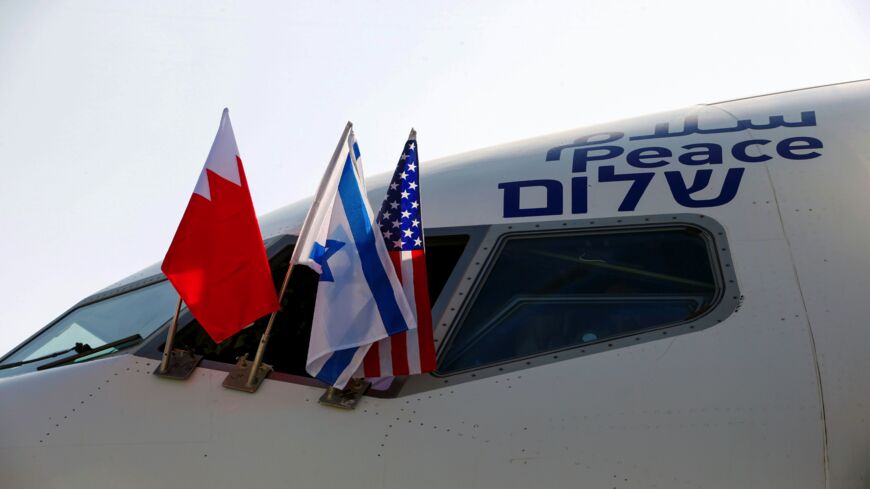 The Bahraini, Israeli and US flags are pictured attached to the Boeing 737 aircraft of Israel's El Al, adorned with the word "peace" in Arabic, English and Hebrew, ahead of the flight to Bahrain's capital, Manama, at Israel's Ben Gurion Airport near Tel Aviv on Oct. 18, 2020. - RONEN ZVULUN/POOL/AFP via Getty Images

According to The Times of Israel, Gulf Air’s economy class tickets are expected to cost $299 per person. Israel’s airlines are also expected to soon announce flights to Bahrain, the news outlet said.

Bahrain became the second Arab country, after the United Arab Emirates, to establish diplomatic relations with Israel under the Abraham Accords. As part of the US-brokered pact, Israel agreed to hold off annexing large portions of the West Bank in exchange for cooperation with the Gulf states on various issues, including tourism, direct flights and investment.

Sudan and Morocco have also announced the start of formal ties with the Jewish state, and in December, White House senior adviser Jared Kushner joined an Israeli delegation on the first direct flight from Israel to the Moroccan capital, Rabat.

Saudi Arabia hasn’t struck a normalization deal of its own, but in what was seen as tacit approval of the Trump-brokered agreements, Riyadh last year granted Israeli commercial flights permission to cross Saudi airspace when flying to or from the UAE.

The Joe Biden administration had said it plans to build on the agreements between Israel and Arab states, but will “take a hard look” at some of the commitments made as part of the prior administration’s negotiating process. Following a review, the Biden administration says it will move ahead with a $23 billion sale of F-35s and other arms to the UAE that was initially approved by the Trump administration in a side deal to the Abraham Accords.