The cabinet's approval came a day before an Emirati delegation is scheduled to make a first official visit to Israel. 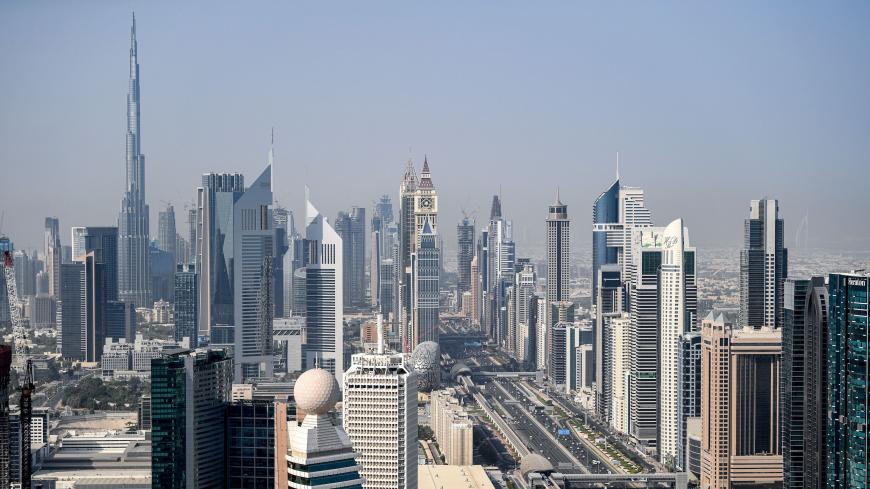 This picture taken on July 8, 2020, shows an aerial view of the Sheikh Zayed Road section of the E 11 highway and the Dubai Metro flyover in the Gulf emirate of Dubai, during a government-organized helicopter tour, with the Burj Khalifa skyscraper seen in the background. - KARIM SAHIB/AFP via Getty Images

A day before the first delegation from the United Arab Emirates is scheduled to visit Israel, the Emirati cabinet has ratified the agreement establishing full diplomatic relations between the two countries.

The UAE cabinet, headed by Dubai ruler Mohammed bin Rashid, formally approved the deal on Monday. In a statement, Emirati officials said they hoped the Abraham Accords would serve as a “tributary of peace and stability to support the aspirations of the region’s people, and enhance their relentless pursuit of prosperity and progress.”

On Thursday, Israel’s Knesset approved the agreement in a vote of 80-13.

Under the US-brokered normalization pact, the UAE and Bahrain became the first Arab countries since Jordan in 1994 and Egypt in 1979 to establish diplomatic ties with Israel. In exchange for Israel’s holding off on annexing large portions of the West Bank, the UAE and Bahrain have agreed to cooperate with Israel on a range of issues, including tourism, investment and trade.

Ahead of their visit, Etihad Airways landed a commercial flight at Ben-Gurion on Monday in what marked the first such flight by a Gulf airline in Israel. The UAE and Israel are expected to formalize a deal on Tuesday permitting 28 weekly commercial flights connecting Tel Aviv to Dubai and Abu Dhabi, Israel's Transportation Ministry said.

Speaking at the White House signing ceremony last month, Emirati Foreign Minister Sheikh Abdullah bin Zayed Al Nahyan called for a two-state solution to the Palestinian-Israeli conflict and thanked Israel for halting annexation of the West Bank, as required by the deal. On Tuesday, US Secretary of State Pompeo will host Al Nahyan for the virtual launch of the inaugural US-UAE strategic dialogue.