Youssef Fenianos, Lebanon's former public works and transportation minister, had reportedly failed to appear for questioning before the judge. 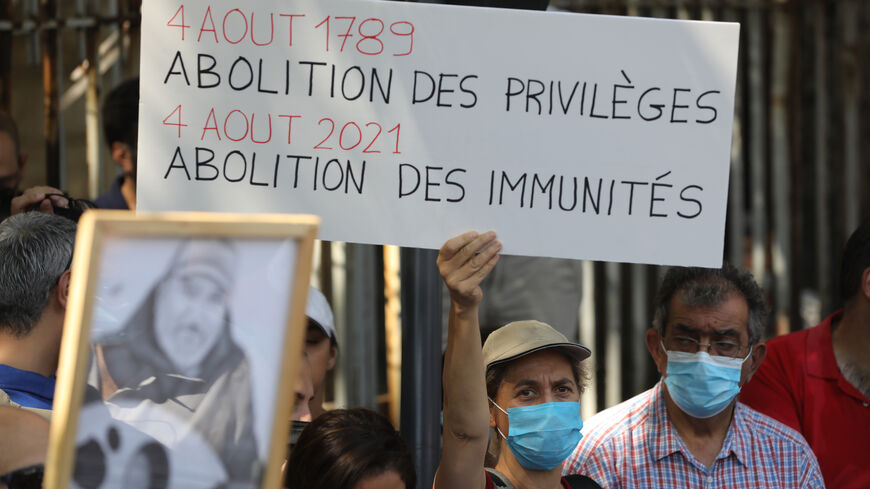 The judge overseeing Lebanon's probe of the Beirut port explosion issued an arrest warrant on Thursday for a former government minister, the state-run news agency reported.

Youssef Fenianos, a former public works and transportation minister, had refused to appear for questioning before Judge Tareq Bitar. Fenianos, who ran the ministry from 2016 to 2020, is among several government officials summoned by Bitar for alleged involvement in the blast.

Fenianos' lawyer told Agence France-Presse that the warrant was a "blatant violation of the law.” Nazih al-Khoury told the news agency the defense team is weighing its legal options.

The August 2020 blast at Lebanon’s most vital port killed at least 215 people, injured over 6,500 and displaced more than 300,000 from their homes. Much of the Lebanese capital was affected by the accident, which caused billions in damage and added to the small Mediterranean country’s dire economic situation.

Last month, an investigation from Human Rights Watch concluded that senior Lebanese officials knew about and did nothing to prevent the risks associated with the stockpile of ammonium nitrate that caused the explosion.

Bitar issued the warrant for Fenianos’ arrest a day after 145 survivors, family members and rights organizations published a joint letter calling for the United Nations Human Rights Council to establish an independent investigation into the explosion.

“The failures of the domestic investigation to ensure accountability dramatically illustrates the larger culture of impunity for officials that has long been the case in Lebanon,” read the letter, which was signed by groups including Amnesty International and Human Rights Watch.

The domestic investigation into the explosion has been slow moving. In February a court removed Judge Fadi Sawan after two former ministers he had accused of criminal negligence filed a complaint against him. His replacement, Bitar, has also struggled to prosecute Beirut authorities because the parliament hasn’t lifted their immunity. Former Prime Minister Hassan Diab has also declined to appear for questioning.