Why a Turkish dictator let himself lose an election

Turkey's second president Ismet Inonu surprised the world by stepping down in 1950. Could Erdogan do the same after the 2023 elections? 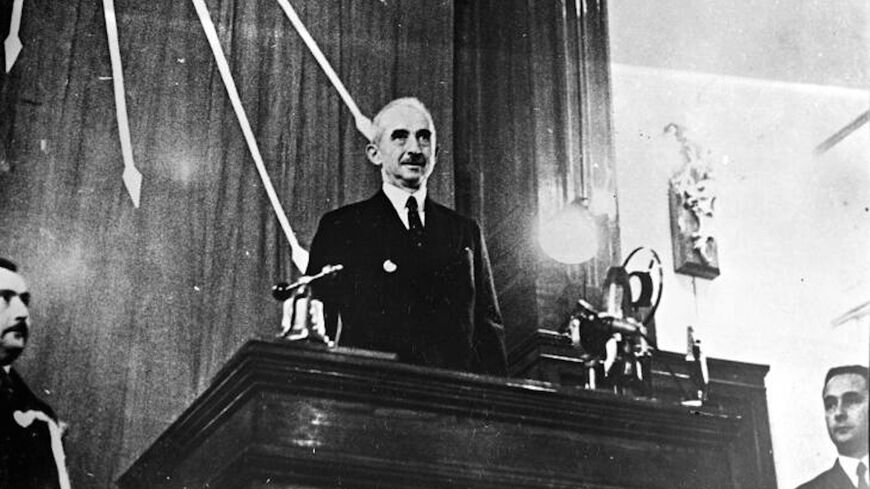 Ismet Inonu at the Republican People's Party congress in the late 1930s. - Wikicommons 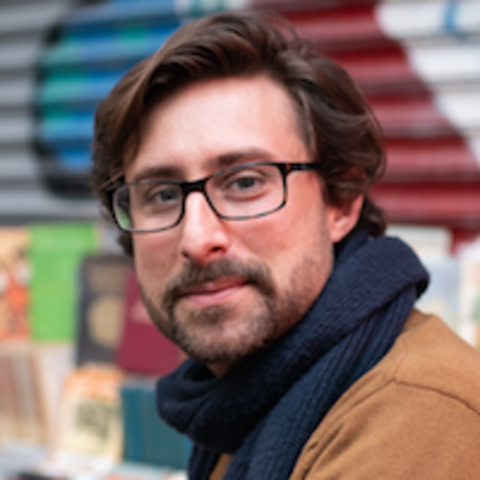 Would President Recep Tayyip Erdogan actually allow himself to lose an election? And could pressure from Turkey’s Western allies help ensure that he does? These are two of the most pressing questions confronting Turkish political commentators in the years leading up to Turkey’s 2023 presidential elections. They also mirror the still unanswered questions surrounding the origins of Turkish democracy 71 years ago. Looking back on this history doesn’t offer any certain predictions about the future, but it can help better frame the stark challenge Turkey is facing today.

In 1950, just a decade or so after he inherited uncontested authoritarian rule from Mustafa Kemal Ataturk, Turkish President Ismet Inonu beat back opposition within his own government to hold free, multiparty elections. He expected to win. When he didn’t, he dismissed offers from his security services to reverse the result and simply stepped down. In the immediate aftermath of World War II, with fascist dictatorships ruling the Iberian Peninsula and Communist dictatorships ruling Eastern Europe, this act of liberal statesmanship appeared truly remarkable. Indeed, it may have appeared all the more remarkable to those who had experienced the brutality of Inonu’s policies — whether Kurdish villagers who lived through the 1938 Dersim massacre or Istanbul Christians who had been exiled after failing to pay a confiscatory wealth tax in 1942.

Erdogan has always been unrelenting in his criticism of Inonu, calling him both a drunk and a fascist, and drawing attention to the undeniable Hitler mustache he wore for a number of years. For Erdogan, Inonu represents the worst of the Kemalist regime — all its authoritarianism and secularism without the heroic and patriotic aura of Mustafa Kemal himself. Moreover, the personal contrast between the two men is striking. Erdogan is tall, charismatic and proudly provincial; Inonu was short, hard of hearing and seen by many of his European peers as a savvy and sophisticated statesman.

Inonu came to power as a dictator and left as a Democrat. After coming to power as a Democrat, Erdogan is now on the reverse trajectory. The next few years will determine whether Erdogan will ultimately display the best or the worst qualities of the man he hates.

Washington to the rescue?

Neither liberal academics nor Erdogan supporters credit the US government with a great deal of sincerity when it comes to supporting democracy in the Middle East. So it is surprising that so many members of both groups largely agree US pressure was a central factor in Turkey’s democratization. This shared assumption, which can be traced all the way back to the 1950s, reflects widespread amazement at the dramatic and otherwise inexplicable transformation that occurred in Turkey at the outset of the Cold War. It is also a tribute to the enduring hostility Erdogan and many of his followers feel toward Inonu that they are willing to give Washington the benefit of the doubt in order to deny him credit for his most principled achievement.

Turkey’s democratic transition occurred at the outset of its alliance with the United States, at a moment when Ankara was desperately trying to secure membership in NATO as a guarantee against the Soviet Union. Democracy was central to US rhetoric during this period and “free institutions” were specifically cited in Article 2 of NATO. In this idealistic context, seeing a causal relationship between US values and Inonu’s actions made sense. Moreover, Washington was perfectly happy to take its share of the credit. Turkey’s Democratic Party, which came to power in 1950, was also happy to perpetuate the idea that it enjoyed the support of the country’s new superpower ally.

And yet, the closer you look, the harder it is to believe that the United States really deserves credit for Turkey’s turn toward democracy. Declassified State Department records from the period provide little evidence of US policymakers pressuring Ankara to democratize, and ample circumstantial evidence suggesting that Inonu knew he could have had both one-man rule and US support if he had wanted. Which in turn raises the more elusive, and perhaps unanswerable question, of why he ultimately made the decision that put Turkey on its real if tortuous path to democracy.

“A strongman of the right sort”

In 1947, President Harry S. Truman called on Congress to provide aid to Turkey and Greece in order to help both countries resist the threat of Soviet expansion. In his speech, which became the basis of the Truman Doctrine, he described Greece, with several caveats, as an imperfect democracy. Turkey, by contrast, was “an independent and economically sound state” whose future was “important to the freedom-loving peoples of the world.”

Indeed, at the end of World War II, the reigning US attitude toward Inonu was perhaps best characterized by the description of Ataturk in a contemporary guide for US soldiers: “Many accused him of being a dictator. If so, he was a strong man of the right sort.” When the US-Turkish relationship began, this was the status quo US officials assumed would continue indefinitely, and they did not seem unduly perturbed by it. Moreover, when Portugal, under the Salazar dictatorship, became a founding member of NATO in 1948, Inonu had every reason to believe his government was democratic enough for the Western alliance as well.

But even assuming Inonu would have been susceptible to US pressure, Washington never gave him a chance to feel it. Finding evidence of absence is difficult, but US State Department records from 1945 to 1950 have not, so far, divulged any examples of US officials actually trying to convince their Turkish counterparts that free or fair elections were necessary to secure American backing. To the contrary, on one of the few occasions the subject came up, officials of the Republican People's Party (CHP) appeared remarkably confident in their position.

In December 1948, a member of the US military mission discussed with Naci Perkel, head of the Turkish National Security Service, rumors that the United States had abandoned Chiang Kai-shek because of his undemocratic behavior. The American colonel drew Perkel’s attention to “remarks by some of the Turkish opposition members that the United States would realize that Turkey is also not democratic and would take similar action here to withdraw US aid.”

“Naci’s response,” the colonel reported, “was to laugh and say that since aid is still coming in, the US evidently is convinced that Turkey is democratic.” Perkel then went on to explain that “Turkey could not be democratic until the level of education is much higher, and such a condition is many, many years away.”

When Turkey’s parliamentary elections were scheduled for May 1950, State Department officials and CIA analysts largely expected Inonu to once again use ballot rigging and intimidation at the polls to achieve victory. Tellingly, in private conversations with Inonu about US-Turkish cooperation in the months before the elections, US participants made it clear they expected relations to continue apace.

So if America did not force Inonu’s hand, what prompted him to take a step that countless dictators have promised but all too few have actually followed through with? And can this tell us anything about the prospects for democratic change in Turkey today?

Ismet Inonu was described as a man with “nine foxes running about inside his head” whose “tails did not even touch.” Perhaps to truly understand his motives it would have been necessary to ask the foxes. But a few observations seem relevant.

As an individual, Inonu earned a reputation for embracing the Kemalist project with greater personal sincerity than many of his fellow revolutionaries. One story involves him listening to classical music records in his tent while on a campaign in order to teach himself to enjoy them. Another involves Ataturk’s companions, who continued to use the Ottoman script in private after the 1928 alphabet reform, hiding their handwritten notes in embarrassment on hearing Inonu approaching. It is possible that, at a personal level, he also took Kemalist rhetoric about democracy more seriously, and was more prepared to make real sacrifices in service of it.

More importantly, Turkey’s democratic change was also facilitated by the considerable political and ideological continuity it belied. Celal Bayar, who replaced Inonu as president, had also served, like Inonu, as Ataturk’s prime minister. (Democratic Party newspapers were happy to remind readers of this by printing pictures of Ataturk and Bayar together on every appropriate occasion.) Adnan Menderes, like the other founders of the Democratic Party, had been a parliamentarian in Inonu’s government during the '40s.

Famously, before giving Bayar and Menderes permission to create a new party, Inonu asked for assurances that they would continue to support his government’s anti-Soviet foreign policy and defend the principle of secularism. And — as minority voters who supported the Democrats seeking respite from the CHP’s heavy-handed nationalism soon discovered — the new government proved eager to preserve some of the most problematic aspects of Kemalist nationalism as well.

Certainly, it must have been easier for Inonu to hand power to a government made up of men who broadly shared his vision for the country and who had served by his side in both war and peace. But again, these factors have seldom been enough to convince other dictators they can comfortably surrender control.

Years later, Inonu was asked by an American social scientist whether he had held elections in response to US pressure. He responded to the effect that, regardless of the reason, it had nevertheless been the right decision. Looking back today, this may be the best verdict possible.

Could the same thing happen today? The circumstances in Turkey in 2021 are so different as to make comparisons difficult. On the positive side, Erdogan, despite his best efforts, does not enjoy the same degree of consolidated authoritarian power Inonu did. Seven decades of competitive elections have also created powerful public expectations, which even previous military juntas ultimately deferred to. As a result, the choice of whether to honor election results may not be entirely Erdogan’s own, as it was for Inonu.

If it is, though, neither the similarities nor differences with 1950 are particularly encouraging. The United States remains rhetorically committed to democracy. But the limits of this rhetoric were already apparent in the 1950s, and decades of US support for Middle Eastern dictatorships now make it all the more difficult for any leader to believe free elections are a requirement for good ties with Washington. Like Inonu, Erdogan clearly shares a broadly nationalist worldview with many of his political opponents. But his unrelenting efforts to demonize them as traitors and enemies of the nation mean that this is unlikely to play the same positive role that it did during the early Cold War.

In 1950, a man with well-honed authoritarian instincts displayed an unexpected and historically exceptional commitment to democracy. Despite the relatively conducive domestic and international circumstances of the time, this was impossible to predict and remains hard to explain even now. It can only be hoped, in the absence of any compelling historical grounds for optimism, that the man running Turkey today might behave in an equally unexpected way.