The Qatirji company and Syrian Democratic Forces are discussing the possibility of increasing oil shipments between SDF-controlled areas to government-held areas. 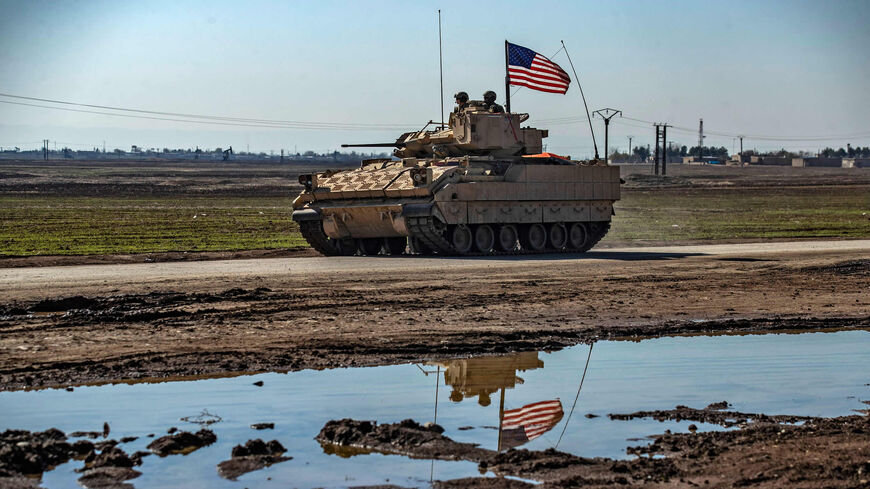 Representatives of the Qatirji company and leaders of the Syrian Democratic Forces (SDF) met in the Tabqa Civil Council — affiliated with the Kurdish-led Autonomous Administration of North and East Syria — in early August to discuss the possibility of increasing oil shipments that the company, which is listed on the US sanctions list, transports between government-held areas and those controlled by the SDF in northeast Syria. Qatirji demanded to raise the weekly number of tankers to 400, from 250, while the SDF demanded that the Syrian government provide it with 100 tankers of diesel and gasoline, instead of 50.

Another meeting is scheduled between Qatirji representatives and leaders of the Raqqa Military Council next week in the city of Raqqa, to discuss a mechanism to protect the tankers from being targeted with explosive devices by unknown individuals in the area.

This comes as the SDF prevented Qatarji’s oil tankers from entering its areas of control Aug. 7, after the government violated an understanding reached between the two parties earlier, whereby the SDF would supply the government with 200 crude oil tankers from the fields of Rmelan and Deir ez-Zor, in exchange for providing the SDF with 50 tankers loaded with gasoline and diesel. Qatirji also refrained from paying financial dues related to previous oil shipments.

A source in the Autonomous Administration told Al-Monitor on condition of anonymity, “After several rounds of negotiations and meetings between Qatirji representatives and SDF leaders, an agreement was reached [in early August] to provide the regime-controlled areas with 400 oil tankers per week through al-Hawra and al-Tabqa crossings from the Rmelan and al-Shaddadi fields. Qatirji would transport them to the Homs refinery, at a price ranging between $3,240 and $3,960 per tanker, which contains 180 barrels of oil. Thus, the price of one barrel will range between $18 and $22, depending on the quality of the oil. Qatirji would also supply our areas with 100 tankers of refined diesel and gasoline weekly.”

The source added, “Despite the repeated disputes between the regime and the SDF, and regardless of Qatirji failing to pay its dues, the two parties agreed to increase the amount of oil that will be exported to the regime-controlled areas, as a result of Russian pressures to alleviate the fuel crisis that the regime-controlled areas suffer from. Qatirji pledged to pay all the dues through installments that will be added to the amount that will be paid for the tankers that will be exported. Russia will accompany Qatirji to protect the trucks from being targeted by Islamic State cells, and ensure that the trucks are transported without delay or problems.”

Wael Olwan, an Istanbul-based researcher at the Jusoor Center for Studies, told Al-Monitor, “As a result of the pressure that it exerted on the Syrian regime, Russia granted Qatirji the privilege of controlling the oil transportation without bringing in another partner or even involving the regime in this process. Qatirji became a direct partner of the Khmeimim base at the beginning of July. Qatirji mainly transports fuel from SDF-controlled areas through the Tall Adas station in al-Malikiyah to refineries on the Syrian coast, and brings refined fuel to SDF-controlled areas. Forces from the Syrian regime will accompany these trucks in return for financial fees paid by Qatirji.”

He noted, “Russia has awarded the Qatirji-affiliated Arfada company a five-year investment contract for al-Taym and al-Ward oil wells in Deir ez-Zor, each of which produces 2,500 barrels per day. The regime allowed Arfada last year to establish two oil refineries in partnership with the Ministry of Oil and Mineral Resources in Damascus, which owns 15% of the partnership shares, while the Lebanese Sallizar shipping company owns 5%, and Arfada owns 80%.”

A report issued by the Syrian Network for Human Rights (SNHR) in July monitored such operations since the issuance of the Caesar Act and its entry into force in June 2020 until July 2021. The amount of smuggled oil in December 2020 alone indicates that the Syrian government was supplied by the SDF with 1,500 oil tankers, with a capacity of 40,000 liters each, approximately 500,000 barrels of oil per month, which is equivalent to 6 million barrels per year. Since the price of a barrel of oil is $20, the SDF makes about $120 million annually from selling oil to the government. Smuggling operations affect nearly 50% of the oil produced in the SDF-controlled areas, estimated at 11 million barrels of oil annually.