Despite a joint Kurdish-US crackdown against oil smugglers from northeast Syria toward government-controlled territories, trade continues. 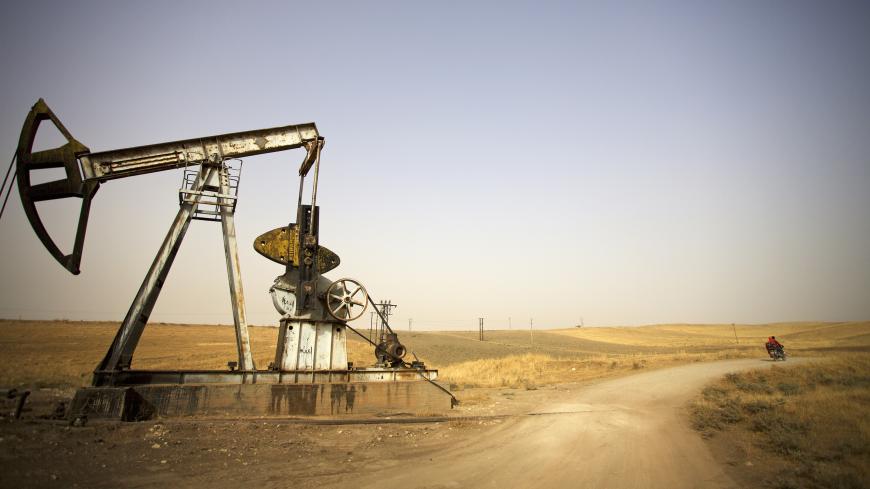 In the wake of Turkey’s latest incursion into northeast Syria, the United States’ local partner in the fight against the Islamic State (IS) — the Syrian Democratic Forces (SDF) — is cracking down on oil smuggling operations from SDF to government-held areas.

This crackdown is unlikely to stop oil originating in Syria’s eastern fields from flowing toward Damascus. The tangled web of business interests and middlemen involved in purchasing and transporting the oil is difficult to identify let alone regulate. More importantly, the SDF has sold crude to government brokers since 2018, even as it targeted smugglers earlier this year; the SDF has only become more dependent on the government after it was left by its US backers to face Turkey’s October offensive alone.

Oil crosses from SDF to government territories in two main ways: via boats and pipes across the Euphrates River, or by tanker trucks.

As for the first method, merchants purchase crude from residents who have contracts with the SDF to operate approximately 80 small oil wells in Deir ez-Zor province, said Mohammad al-Khalaf, a pseudonym of a journalist and researcher in Deir ez-Zor.

“Merchants in SDF areas buy a barrel of crude for approximately 20,000 Syrian pounds (around $39), and they sell it to regime areas for 28,000 Syrian pounds ($54),” Khalaf told Al-Monitor Nov. 9. Some of these traders refine crude in primitive refineries in SDF territory and sell fuels such as diesel, gasoline and kerosene to government middlemen for a higher price.

“You’ve got around 18 crossing points [along the Euphrates River] that are used for smuggling,” including in the villages of Shuhayl and Dhiban, Khalaf said. The Qatirji Group, a US-sanctioned company, is reportedly involved in procuring and transporting oil across the Euphrates.

This entire process is “unregulated, without protocols or accounting,” Abdel Nasser al-Ayed, editor-in-chief of the online newspaper JesrPress and a native of Deir ez-Zor, who currently lives in France, told Al-Monitor. “There is absolutely no supervision of the middleman or where the product is going,” Ayed said.

In April 2019, protests broke out in eastern Deir ez-Zor province demanding among other things an end to oil smuggling into government territory, which drives up prices for essential fuels in an economically devastated area.

Mohammad Hassan, a journalist who covers his home province of Deir ez-Zor from Turkey, said opposition to oil smuggling is rooted in ethics more than economics. “The goal and principle of [residents’] cause was this: 'You’re sending oil to people who are killing us, who killed our children.’” Many eastern Deir ez-Zor residents remain staunchly anti-government long after the war swung decisively in Bashar al-Assad’s favor.

US forces reportedly took an interest in these protests and promised locals they would address oil smuggling. The SDF raided river crossing points from April until September 2019, but the cross-Euphrates oil trade never stayed down for long.

In the wake of Turkey’s Operation Peace Spring, the SDF is conducting a renewed crackdown. On Nov. 7, “The SDF raided an oil smuggling point in Buqrus [on the Euphrates], burned the oil and arrested four smugglers,” said Khalaf. This raid was followed by several others in Shuhayl, across the river from Buqrus, and in Dhiban.

Asked why this illicit commerce has proven so resilient, Khalaf said the SDF might not be aware of all the “secret crossings” that dot the river. But he also suggested some soldiers “take bribes [and] look the other way.”

In June, Al-Monitor’s Shelly Kittleson reported from Shuhayl that “armed teenagers at small SDF outposts along the river seem to be watching the cross-river trade.” The SDF arrested two local officials for supervising smuggling activity in September.

As for the second, larger facet of northeast Syria’s oil trade, “The Qatirji Group buys oil from SDF agents openly … via trucks that are loaded with oil at the Omar field, or Tanak, or the Hasakah fields,” said Khalaf.

In the English language press, The Wall Street Journal reported the existence of these oil shipments in February 2019, noting that “SDF fighters escort the oil trucks as they cross through their territory, the [truck] driver said, before they are delivered to Qatirji representatives in regime-held territory.”

Oil trucks kept making deliveries even at the height of a joint SDF-international coalition crackdown against the cross-river smuggling trade in September 2019.

In the post-Operation Peace Spring landscape, the redeployment of US troops around eastern Syria’s oil fields should theoretically complicate the continued delivery of SDF oil to the government via the Qatirji Group, in contravention of US sanctions.

“The Americans are supposed to close this secret channel … between the SDF and regime via local traders,” said JesrPress editor Ayed.

“When an [American] company takes over this process, from extraction to where the oil ends up … the tankers will go in another direction,” he added, referencing US President Donald Trump’s Oct. 27 suggestion that a US company develop Syria’s oil fields as part of a plan to “protect” and “secure” the oil.

The oil “can help us because we should be able to take some also,” Trump said.

This suggestion puts an America First gloss on the continued US troop presence in Syria, which is unpopular among Trump’s base because it does not directly advance national interests. However, Trump’s proposal does not seem to be serious. Setting aside the legal and ethical issues, Syria only produced a fraction of neighboring Iraq’s oil before output plummeted during the war, raising questions over why a company would risk going into one of the world’s most volatile areas for small quantities of crude.

The SDF has few reasons why it would stop selling to government middlemen after Turkey’s most recent offensive. US objections are less compelling now that Kurdish leadership is fully aware American forces might leave at any time.

Meanwhile, Russian and Syrian government troops — with their symbolic, more than military, power — have become instrumental in preventing further Turkish incursions into SDF territory, and the SDF has requested to negotiate with Damascus under Russian auspices over the future of the northeast. Any deliberate cutback in oil sales, if it occurs, is likely to be an SDF attempt to push the uncompromising central government to negotiate in good faith.

As for now, SmartNews reports that Qatirji tankers were still delivering oil from SDF to government territory via Raqqa province as of Nov. 7, while Ennab Baladi reports IS targeted trucks as they carried oil through eastern Raqqa three times this month.

Since October, tankers have stopped traveling along the M4 highway near the northern border, which was used to transport oil from Hasakah’s large Rumeilan fields to government territory, a Kurdish source in al-Malikiyyah, 20 kilometers (12 miles) north of the Rumeilan fields, told Al-Monitor. The M4 highway is the axis around which the SDF and government are fighting Turkish-backed militias.

Fighting has also disrupted shipments to territory held by Turkish-backed rebels in Aleppo and Idlib provinces. This threatens access to heating fuel for people in northwest Syria as winter approaches, even as the resulting surplus of oil in Deir ez-Zor has lowered the price of diesel, said Khalaf.

“Some people are saying ‘one man’s misery is another man’s fortune — keep the [Peace Spring] war going so the price of oil goes down … the winter is coming, we have to plant crops, heat ourselves and fill up our cars,’” Khalaf concluded.