Hayat Tahrir al-Sham issued death sentences against two young men who have been detained in the organization’s prisons on charges of collaborating with the US-led international coalition. 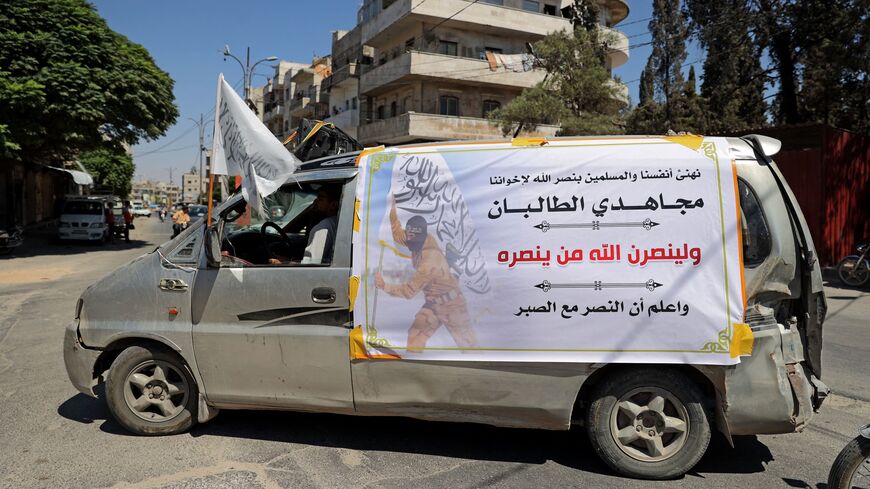 A van belonging to members of Syria's top jihadi group, Hayat Tahrir al-Sham, drives with a banner congratulating the Taliban on their takeover of Afghanistan during a parade through the rebel-held northwestern city of Idlib, Syria, Aug. 20, 2021. - Omar Haj Kadour/AFP via Getty Images

ALEPPO, Syria — Hassan al-Sheikh and Khaled al-Jajah are two Syrian young men who are looking at death sentences issued by Hayat Tahrir al-Sham (HTS) on charges of collaborating with the US-led international coalition. The two men had been arrested nearly a year ago in Syria’s northwestern province of Idlib, which is under HTS control.

Sheikh and Jajah hail from the city of Maarat al-Numan in Idlib countryside. They were former fighters in the ranks of the 13th Division of the Free Syrian Army (FSA).

The death sentences sparked widespread discontent on social media in Idlib during the first days after the decision was announced. Activists circulated video recordings of Sheikh’s parents pleading for intervention to spare their son’s life.

On Aug. 20, popular protests against HTS took place in Mashhad Rouhin camp in Idlib countryside, with protesters calling for the release of detainees held by the group.

A video of Sheikh's mother made the rounds on social media in which the mother is seen calling on “every honorable and free man in Maarat al-Numan” to save her son “who sacrificed everything for the city and was the last one to leave it.”

Abdel Qader Laheeb, a journalist working with the pro-opposition Orient Radio, told Al-Monitor, “The death sentences against the two young men are expected to be arbitrarily and illegally executed in the coming period. The families of the indicted are likely to remain unaware of the details of the charges leveled against the young men and the evidence on which the execution decision was based.”

Laheeb, who is an old friend of Sheikh, said, “Hassan al-Sheikh has been detained since June 15, 2020, with a group of his friends who had previously clashed with several residents in Salqin. At the time, HTS’ security apparatus arrested Sheikh and his friends a few days after the scuffle.”

He added, “Back then, we thought they were arrested because of the fight and we were waiting for their release since many other young men were released from prison after reconciliation. Hassan, however, remained for a year behind bars. A few days ago, we learned that HTS issued a death sentence against him and his comrade Khaled, accusing them of dealing with the international coalition.”

Sheikh’s mother, Umm Hassan Maartmawi, told Al-Monitor that HTS arrested her son in the city of Idlib when he happened to be at a site where coalition aircraft targeted a car carrying jihadis.

According to her, he was among those who tried to save the people who were inside the targeted car. Immediately afterward, Sheikh and a group of his friends were arrested.

“Some HTS members took advantage of the fact that Sheikh was on site to arrest him and take their revenge. They hated him and had a personal problem with him because of the scuffle in Salqin. He was also a member of the FSA’s 13th Division. This is why they tried to frame him for collaborating with the international coalition,” she said.

Sheikh’s mother noted, “They kept him in prison under harsh conditions and it wasn’t until a few days ago that HTS informed us of its decision to issue a death sentence against him.”

She added, “My son is innocent, and the accusations made against him are by HTS people who hate him and who are the ones who framed him. They extracted confessions from him under torture.”

Al-Farook Abu Bakr, deputy commander of the Mutassim Division affiliated with the Turkish-backed FSA, told Al-Monitor, “HTS is trying to convey a message to the world that it brought freedoms to Idlib where people are living in security and safety. But the truth on the ground is completely different. HTS leader Abu Mohammed al-Golani and his organization are fighting against freedom of speech and are killing revolutionaries. Their prisons are full of innocent people who face death sentences without any trial.”

At the beginning of August, HTS executed by firing squad Muhannad Kayal, 27, from the town of Taybet al-Imam in the northern Hama countryside. The execution took place inside one of its security prisons in the city of Idlib. Kayal had been detained for 16 months on charges of dealing with Islamic State (IS) cells.

Over the years, HTS has carried out a number of arrests of civilians and activists, who were tortured and faced harsh detention conditions, with some having death sentences issued against them.

A lawyer in Idlib told Al-Monitor on condition of anonymity, “Death sentences are carried out in secret prisons without any trial. It is a security decision. Detainees don’t get to have a public trial or know the evidence on which the decision was made against them.”

He said, “It is also not possible for detainees to appoint a lawyer to defend them and they are often not allowed to see their families. What is happening in HTS prisons is like what happens in the Syrian regime’s prisons, where people are arrested and detained randomly without any fair trials."

Most of the charges against detainees in HTS prisons are either communicating with the international coalition or dealing with IS. In one instance in April 2020, HTS executed Mohamad Aqib Tanno, who was accused of blasphemy. His body was handed over to his family a few days after the execution.

Al-Monitor tried to contact HTS’ media relations official, Taqi al-Din al-Omar, who refrained from commenting, saying that inquiries will “be sent to the concerned security authorities.” 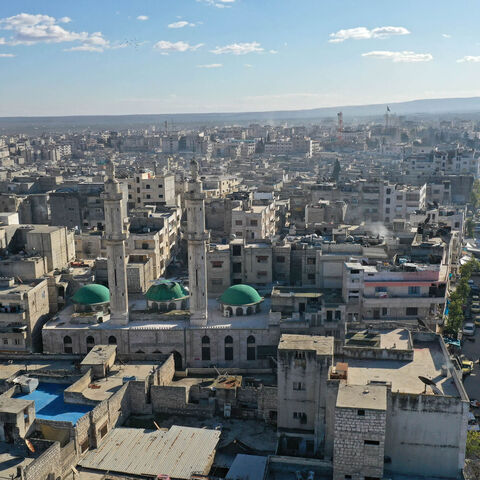 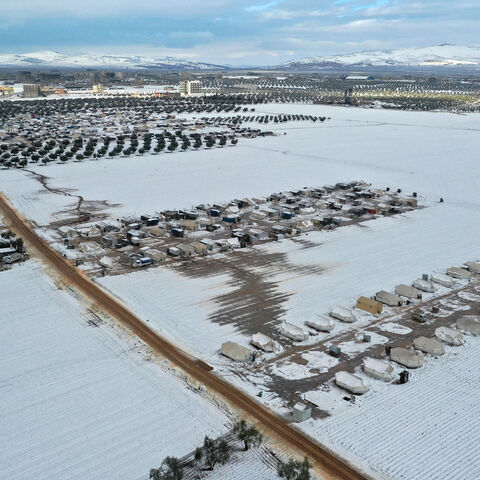