Israel is reopening the Erez pedestrian crossing to merchants and businesspeople after closing over coronavirus concerns last year. 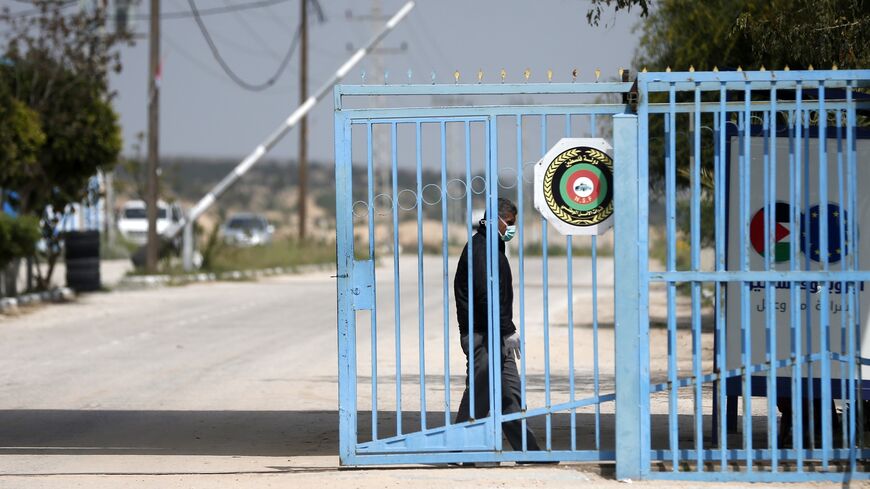 Israel is reopening the Erez crossing with Gaza for those who have been vaccinated for the coronavirus or have come down with COVID-19. Here, a Palestinian health ministry officer stands at the gate of the Erez crossing with Israel near Beit Hanoun in the northern Gaza Strip on March 15, 2020, after it was closed as a precaution against the coronavirus. - MAHMUD HAMS/AFP via Getty Images

For the first time in more than a year, Israel will allow 1,350 Palestinians merchants and businesspeople to enter from the Gaza Strip, the military said Friday, citing the relative calm observed along the border region.

Beginning Sunday, “1,000 merchants and 350 senior Gazan businesspeople” will be allowed into Israel “in light of the preservation of security stability,” said COGAT, the branch of the Israeli defense ministry that handles civil affairs in the Palestinian territories .

Permits will only be given to Palestinians who are fully vaccinated or who have recovered from the virus, COGAT said. The Gazans will enter through the Erez pedestrian crossing, which Israel closed amid the coronavirus outbreak some 18 months ago.

COGAT added that Israel will expand trade through the Kerem Shalom’s commercial border crossing in the southern Gaza Strip, allowing equipment and goods needed for the impoverished enclave’s humanitarian infrastructure, such as water and sewage. Imports from Israel will be expanded to include transportation and communication materials.

The permissions are “conditioned on continuing security stability in the region,” COGAT said.

Israel heavily restricted the flow of goods between Israel and Gaza following its 11-day conflict with Hamas in May, which killed more than 250 Palestinians and 13 residents of Israel before an Egyptian-brokered cease-fire ended the bloodshed. The Gaza Strip is still recovering from the bombing campaign, which flattened homes and entire apartment blocks that the Israeli army said were being used by militants.

A fragile truce is holding, but Gaza’s militant rulers have threatened renewed violence if Israel imposes further restrictions on trade.

On Friday, the Israeli army said it downed a drone launched by Hamas that had entered Israeli airspace two days prior. Last week, Israeli warplanes carried out strikes on Hamas targets after the militants launched incendiary balloons across the border from the Gaza Strip.