A letter signed by 53 House Democrats described the humanitarian crisis in the Gaza Strip as "untenable." 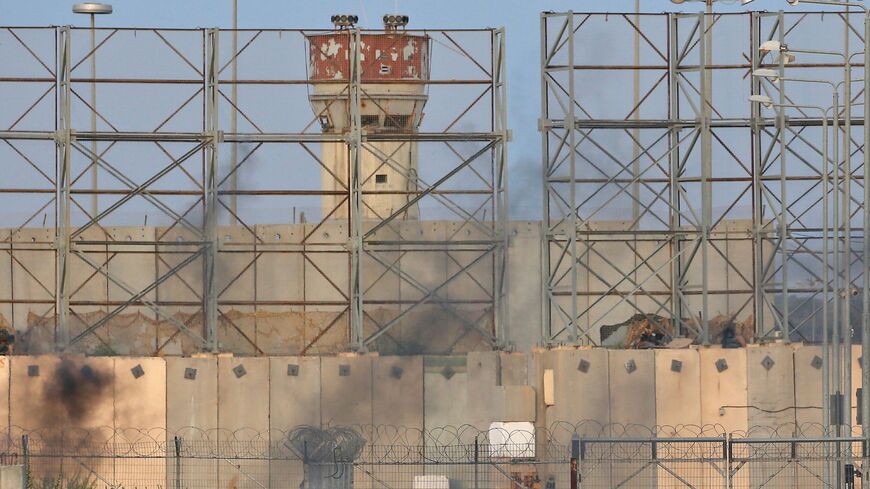 Palestinian protesters demonstrate at the Erez border crossing with Israel in the northern Gaza Strip on Oct. 3, 2018. - SAID KHATIB/AFP via Getty Images

A group of Democratic lawmakers called on US Secretary of State Antony Blinken to press Israel and Egypt to allow the free flow of humanitarian aid into the impoverished Gaza Strip, expressing their “immense alarm” over current border controls and restrictions on trade.

“Ensuring that Palestinians residing in Gaza receive humanitarian aid is vital to securing the well-being of Gaza’s 2.1 million residents,” they said.

Hamas seized control of the Gaza Strip, a tiny seaside territory of some 2 million people, from the rival Palestinian Authority in 2007. Israel and Egypt have since maintained a blockade that rights groups say amounts to collective punishment.

The movement restrictions, combined with three wars with Israel since 2007, have devastated Gaza’s economy and left a majority of the population without clean drinking water, electricity or a proper sewer system.

The Democratic letter called for the “full reopening” of the Israeli-controlled Kerem Shalom and Erez border crossings and the Egyptian-controlled Rafah crossing into Gaza.

“Securing these changes is vital to addressing the humanitarian crisis in Gaza, which has been exacerbated by the recent hostilities between Hamas and Israel that left an estimated 1.3 million Palestinians in need of humanitarian assistance,” the lawmakers said.

Israel heavily restricted the flow of goods between Israel and Gaza following its 11-day conflict with Hamas in May that killed more than 250 Palestinians and 13 residents of Israel before an Egyptian-brokered cease-fire ended the bloodshed. Hundreds of Israeli airstrikes in Gaza caused as much as $380 million in physical damage and up to $190 million in economic losses, the World Bank estimates.

Citing the relative calm observed along the border region, Israel announced last week that it was loosening border restrictions on Gaza. For the first time in more than a year, 1,350 Palestinian merchants and businesspeople will be allowed to enter Israel from the Palestinian enclave. Israel also said it will broaden the types of goods allowed through the Kerem Shalom commercial border crossing, including equipment needed for water and sewer systems and other humanitarian infrastructure.

The lawmakers urged Blinken to work with his Israeli and Egyptian counterparts to secure guidance on what goods are allowed into the Gaza Strip, noting that many construction materials are banned from entry.

Israel bars certain materials that it labels “dual use,” meaning Hamas could also use them for military purposes. Previously banned goods have included water disinfectants, desalination units and electricity generators.

The Democratic lawmakers also called for an extension of Gaza’s fishing zone to 20 nautical miles. Fishing is a major source of revenue for the impoverished Palestinian enclave, and to pressure Hamas, Israel routinely places limits on how far Gazans can go to fish. In response to incendiary balloons launched across the border last month, Israel reduced the Gazan fishing range from 12 nautical miles to six.

"Although the restriction was recently reversed, the decision to collectively punish the people of Gaza by unilaterally restricting its fishing zone remains extremely concerning," they wrote.

Israel announced Thursday that it had reached an agreement with Qatar and the United Nations to resume delivery of Qatari-funded cash payments for poor families in Gaza. Israel, which blocked the transfers after the deadly conflict in May, had raised concerns that the monthly allowances could end up in the hands of Hamas.