Israel's military liaison to the Palestinian sides announced that more goods and Palestinian workers will be allowed entry. 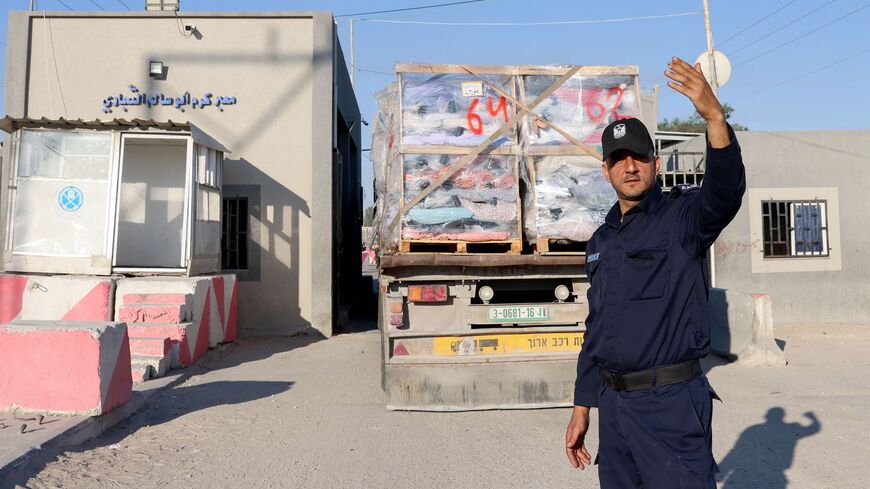 Israel has further loosened restrictions on goods and materials entering the Gaza Strip, Israel’s military liaison to the Palestinian territories said, after hundreds of Palestinians gathered on Wednesday to protest the tight blockade.

Beginning Thursday, an additional 1,000 Palestinian workers can enter Israel from the coastal enclave, the Coordinator of Government Activities in the Territories (COGAT) said. Permits will only be given to those who are fully vaccinated or who have recovered from the virus.

In addition, Israel will allow additional imports of vehicles and “equipment for international civilian projects” in the Gaza Strip, according to a COGAT statement.

The permissions are conditioned on “continued preservation of security stability,” the defense body said, adding, “An expansion of these measures will be considered in accordance with situational assessments.”

The easing of restrictions comes a day after Palestinians gathered near the border in the southern Gaza Strip to urge Israel to loosen the blockade in place since Hamas seized control of the territory in 2007.

The protest on Wednesday was largely peaceful compared to those organized by Hamas over the weekend, which left an Israeli border guard in critical condition. A Palestinian protester died and dozens more were wounded on Saturday when Israeli troops used tear gas and live rounds on the crowd, which was demonstrating over Israeli border restrictions.

Israel heavily restricted the flow of goods between Israel and Gaza following its 11-day conflict with Hamas in May, which killed more than 250 Palestinians and 13 residents of Israel before an Egyptian-brokered cease-fire ended the bloodshed.

But earlier this month, Israel announced it would allow 1,350 Palestinian merchants and businesspeople to enter through the Erez crossing, which had been closed to pedestrians during the coronavirus pandemic.

Egypt, which indefinitely closed its Rafah crossing on Monday, partially reopened the passageway for three days beginning on Thursday. Cairo has been trying to broker a more permanent truce between the two sides.