President Ebrahim Raisi's pick for the post of culture minister has drawn a furious backlash from Iran's art community members, who fear there will be a return to stifling cultural restrictions. 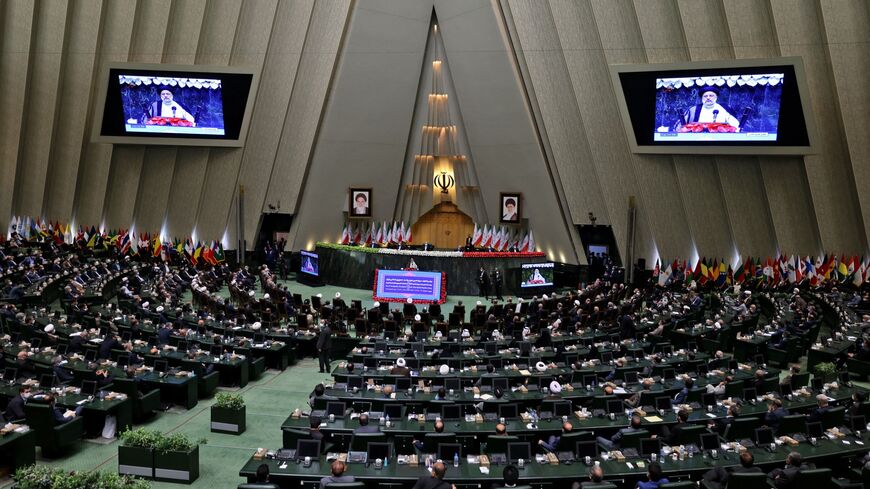 New President Ebrahim Raisi speaks during his swearing-in ceremony at the Iranian parliament in the capital, Tehran, on Aug. 5, 2021. His nominee for culture minister is drawing howls from members of Iran's art community. - ATTA KENARE/AFP via Getty Images

The statement was part of growing outrage against an 80-page document released by the proposed minister outlining his vision for the future of Iranian art and culture.

Prior to earning a degree in political science, Esmaili completed clerical studies at Iranian seminaries. He worked as Raisi's cultural adviser when Raisi was the custodian of the powerful and wealthy Astan Quds Foundation in the holy city of Mashhad (2016-2019). Esmaili has also headed a supervisory body of Iran's conservative state broadcaster controlled by Supreme Leader Ayatollah Ali Khamenei.

In his plans for the new post, Esmaili attacked his predecessors for failing to ban filmmakers "aligned with the enemies." His discontent with the ongoing situation came despite widespread restrictions, travel bans and even imprisonment imposed on a number of Iranian filmmakers for their defiance against the Islamic Republic's censorship and controversial regulations on art production.

Esamili specifically targeted the House of Cinema, a major circle formed by Iranian filmmakers that has been a thorn in the side of hard-liners. The proposed minister's statements renewed fears about fresh closures and attacks on the independent union.

"We are not in the mood to laugh at your bland jokes or shed tears at our anguish," wrote prominent director Homayoun Assadian. "By the way, have you heard about your companions conquering Kabul?" the filmmaker asked, likening Esmaili's approach toward art and culture to that of the Taliban in Afghanistan.

Under the country's constitution, Iranian presidents enjoy full authority in nominating their ministers for approval by parliament. Nonetheless, an unwritten law stipulates that the nominee for minister of culture, among a few others, be proposed to parliament only after a green light from the supreme leader, who holds personal "sensitivities" regarding the post. With such a blessing, Esmaili is widely expected to face no significant hurdles before his vote of confidence from an already like-minded conservative parliament.

Yet the hard-line politician still might face criticism from the parliament's largely toothless Reformist minority regarding his proposed road map, which one Iranian journalist said "is little less than a public indictment against culture and art in Iran."