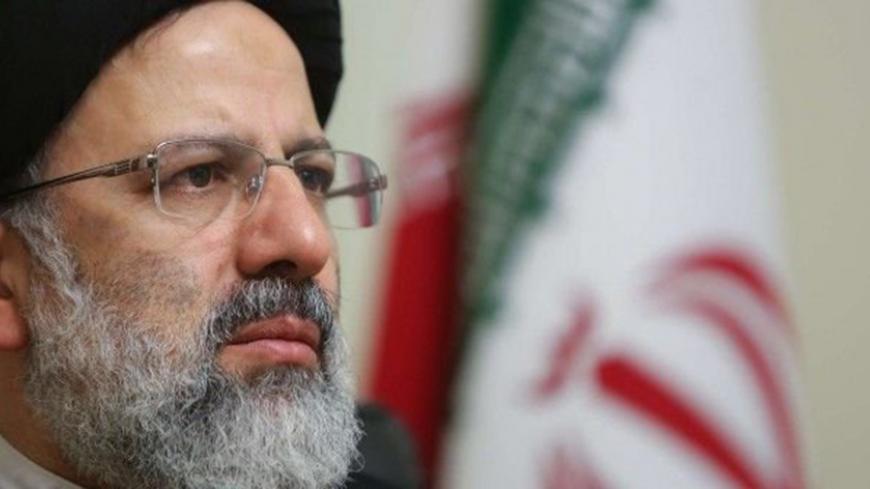 A new and powerful figure has joined the list of candidates among Iranian conservatives for the May presidential election: Ebrahim Raisi, a senior cleric who has gradually risen through the ranks to assume powerful positions. Born in the holy city of Mashhad in northeast Iran — home to the shrine of the eighth Shiite imam — Raisi started his career as the prosecutor general of Karaj — a city just west of the capital city, Tehran — two years after the 1979 Islamic Revolution. In 2004, Raisi was appointed as the first deputy of judiciary chief Ayatollah Mahmoud Hashemi Shahroudi. When incumbent Ayatollah Sadegh Amoli Larijani took over the judiciary in 2009, Raisi remained as the first deputy.

In 2016, following the death of Ayatollah Abbas Vaez Tabasi, Raisi was appointed by Supreme Leader Ayatollah Ali Khamenei as custodian of the shrine of the eighth Shiite imam. The manager of the shrine in Mashhad is one of the most powerful people in Iran, as he oversees the holiest site in Iran — which also engages in major economic activities. Following the naming of Raisi as custodian of the shrine, Western media speculated that Raisi is likely to become the next supreme leader of Iran. One op-ed in The Washington Post on Sept. 26, 2016, stated, “This appointment not only enhances Raisi’s national profile but also puts at his disposal enormous funds that he can use to nurture his own network of supporters and constituents.” In this vein, Ayatollah Khamenei notably served as president from 1981 to 1989, when he became supreme leader.

While there has been speculation in Western media regarding Raisi as the next supreme leader, only now is Raisi being raised in Iranian media as the likely candidate of the conservative camp in the upcoming presidential election.

The conservatives are at present making great efforts to agree on a single candidate as they assume that the nomination of more than one conservative candidate will repeat the same scenario of the 2013 presidential election, when moderate Hassan Rouhani defeated his three conservative rivals.

On Feb. 18, Amir-Hossein Ghazizadeh, a member of the hard-line “Endurance Front,” criticized the conservatives’ plan, saying, “[Achieving] unity is not an issue … unity doesn’t come to exist by force. The figures who work in favor of [a single conservative] candidate [by force] … at most they will vote for him, but they won’t sacrifice themselves for him.”

On Feb. 21, Ghazizadeh clarified the Endurance Front’s position on the presidential election and the issue of conservative unity: “In my opinion, the most fit [person] at the current juncture is Mr. Raisi. I don’t know a second person. … Every one of our friends across the country, when they come to Raisi’s name, they say ‘Yes, this is right.'”

Moreover, it seems that Ayatollah Mohammad Taghi Mesbah Yazdi, the spiritual head of the Endurance Front who wields enormous influence among the conservatives and hard-liners, backs Raisi. Of note, Mesbah Yazdi left Tehran for Mashhad on Jan. 7 and paid a visit to Raisi. At the time, the details of the meeting were not published.

It is noteworthy that in the 2013 presidential election, Mesbah Yazdi didn’t come to agreement with other conservatives and decided to support former nuclear negotiator Saeed Jalili as the “fittest” candidate who is loyal to the values of the Islamic Revolution.

However, according to Entekhab news site, Raisi, who has a softer tone and approach than the hard-liners, will only agree to come forth as a candidate if the whole conservative camp — and not just the Endurance Front — reach a consensus on him.