Iran’s likely new foreign minister will not be as focused on the nuclear deal as was his predecessor. 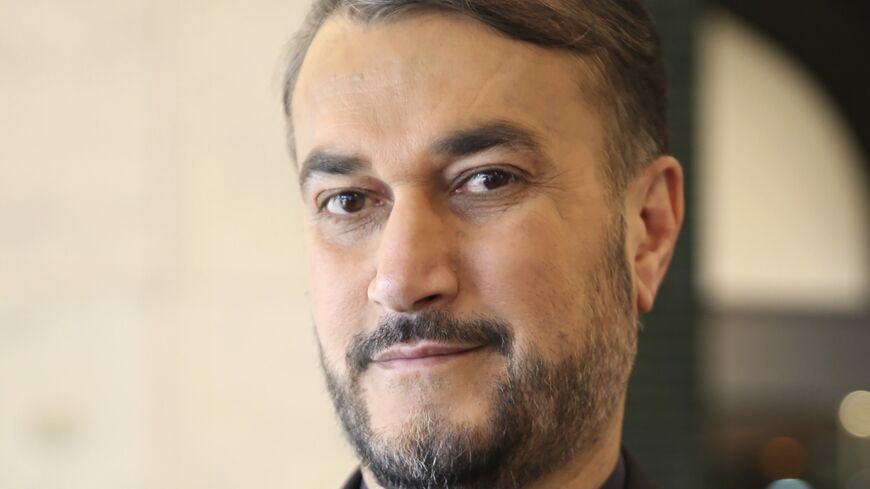 Hossein Amir-Abdollahian, Iranian President Ebrahim Raisi's nominee for foreign minister, told parliament about his plans for the job on Aug. 22, 2021. Here, Amir-Abdollahian is seen attending the Rafidain Center for Dialogue Forum in Baghdad on Feb. 4, 2019, when he was special aide on international affairs to the parliament's speaker. - SABAH ARAR/AFP via Getty Images

Iran’s parliament will vote Aug. 25 to approve or disqualify President Ebrahim Raisi’s proposed ministers. With a parliament dominated by conservatives and a conservative president, most ministers will likely acquire the vote of approval — intrafactional fighting permitting, of course.

One of the most important positions to be filled will be that of foreign minister. Since 1981, Iran has only had five foreign ministers, most of them serving long stints in the position. Given the importance of the Foreign Ministry, similar to that of the Intelligence Ministry, the candidate chosen by the president is often vetted by Supreme Leader Ayatollah Ali Khamenei’s office first.

Hossein Amir-Abdollahian, Raisi’s pick for foreign minister, spoke on the parliament floor Aug. 22 to present his vision and plan. In short, Amir-Abdollahian and the new Iranian administration, in contrast the previous administration, will not seek to establish a foreign policy based on a nuclear deal with the West. Amir-Abdollahian, a former deputy foreign minister for Arab affairs who has extensive experience in the region and is politically aligned with the overall policies of the Islamic Revolutionary Guard Corps, sees the overreliance and focus on negotiations with the United States and the West as a mistake. He spoke often of striking “a balance” in in foreign policy; that is while remaining open to a nuclear deal would seek to establish firmer ties both in the region and in the East, specifically China and Russia.

What Amir-Abdollahian’s message means for the Joint Comprehensive Plan of Action (JCPOA) is yet to be determined. Raisi's predecessor, President Hassan Rouhani, had sought to negotiate a reentry of the United States back into the nuclear deal; however, multiple factors impeded such a deal. Rouhani blamed a parliamentary bill that pushed Iran further away from the terms of the JCPOA, preventing a US reentry that would remove crippling sanctions on the country. According to reporters who closely follow the talks in Vienna, the major obstacles were that Iran wanted guarantees that the United States would not exit the deal again as it did in 2018 under President Donald Trump and the United States wanted guarantees that Iran would be open to discussing missiles and regional policies, which Khamenei opposes.

In a meeting with Japanese Foreign Minister Toshimitsu Motegi, Raisi reiterated that Iran is not opposed to negotiations in principle. He reminded Motegi that Iran had remained committed to the original agreement and that it was the United States that left the agreement and that Europe had followed the United States. Raisi also said there was “no justification for the continued sanctions against Iran.” Raisi also called on Japan to release money that has been locked up in Japanese banks due to sanctions.

There had been reports that Iran would seek to have Japan mediate between Tehran and Washington as far as the nuclear deal is concerned. Under the previous Iranian administration, negotiations at the Foreign Ministry level took place in Vienna to resolve outstanding issues that would bring the United States back into the deal and bring Iran back into full compliance. It is not clear when those negotiations might resume.