President Hassan Rouhani said the nuclear negotiations with the United States are moving at a positive pace. 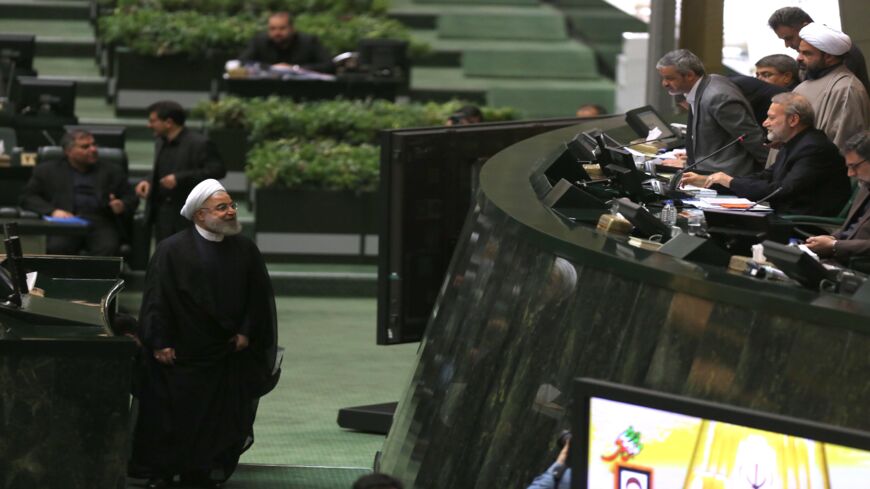 According to Iranian officials, the negotiations to get the United States back into the nuclear deal and Iran back into full compliance are taking place at a positive pace after a rocky start.

President Hassan Rouhani said April 20 that “negotiations have progressed 60 [to] 70%, and if the Americans operate within a framework of honesty, we will see a result in a short time.” Iran is “negotiating from a position of greater strength” today, Rouhani added.

The United States exited the 2015 Joint Comprehensive Plan of Action (JCPOA) in 2018. The deal between Iran and the five permanent members of the UN Security Council plus Germany required Iran to reduce major elements of their nuclear program in exchange for sanctions relief. When the former president, Donald Trump, exited the deal, he reapplied sanctions on Iran’s oil and banking transactions, reducing their oil experts and ability to receive payments, which hammered their economy. In return, Iran took steps away from the deal, while citing the text of the deal to be able to claim they are technically within it. Iran’s most recent move has been to enrich at 60%, whereas the JCPOA text calls for Iran to enrich at less than 5%.

The nuclear agreement was Rouhani’s key foreign policy achievement. Meant to open up the country to the West and reduce international tensions, the administration experienced very little of that with Trump’s surprise election and the scrapping of the deal. Now with only a few months left in office, Rouhani has been accused of politicizing the new negotiations in order to leave office with sanctions removed once again.

Rouhani denied such accusations in a speech today. “In the nuclear negotiations there are no election considerations, even if elections were to take place next year,” he said. “However, if people feel that there have been more successes, there will be more participation,” he added. With Reformists essentially sidelined from political life and the beating Rouhani took as far as the nuclear deal was concerned, it is expected that Iran will have a conservative president, a low election turn out or both. The authorities always seek a high turnout to tout the legitimacy of the Islamic Republic.

Regardless of what Rouhani says, conservative media has been publishing critical articles on the negotiations, believing Rouhani’s negotiating team will not stick with Supreme Leader Ayatollah Ali Khamenei’s red lines that the United States must remove sanctions first, and then Iran will return to full compliance.

Two of the top articles in Tasnim News Agency had a critical look at the president today. One headline stated that, in the current negotiations, the president has “an eye toward the elections,” meaning he’s seeking to support someone who will continue his policies rather than have a conservative in office. In the speech referenced in the article, Rouhani said anyone who blocks US reentry into the nuclear and sanctions removal will not receive votes in the summer presidential election. Interestingly, one of the theories against conservatives is that they are seeking to delay the negotiations so they can be elected into office and then be responsible for the negotiations and the subsequent sanctions removal once negotiations are complete.