Iran's Rouhani says problems with US ‘resolved’ in Vienna talks

President Hassan Rouhani said most issues with the United States have been resolved, but he hinted a deal may not happen until after his term ends. 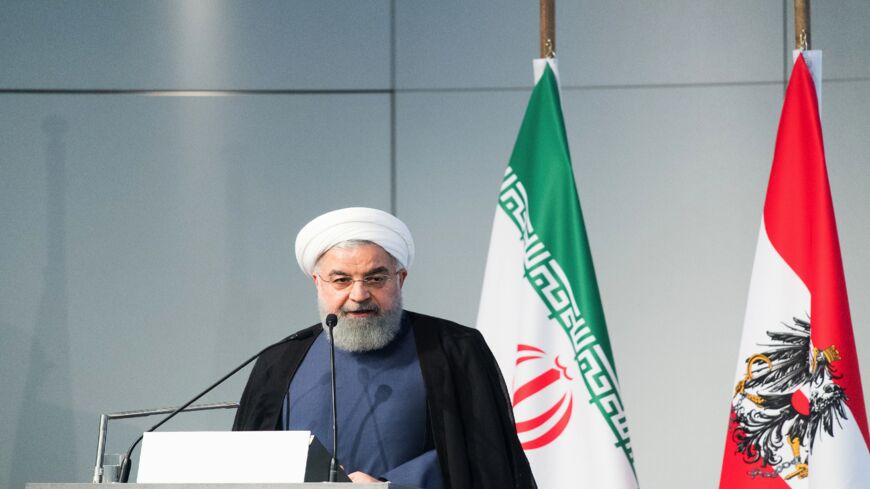 Less than two weeks away from the upcoming presidential election, Iranian President Hassan Rouhani said the problems with the United States regarding the nuclear negotiations being held in Vienna have mostly been resolved.

Negotiators from Iran, the United States and other members of the UN Security Council are trying to get the United States back into the nuclear deal known as the Joint Comprehensive Plan of Action (JCPOA), which former President Donald Trump exited in 2018. They must also negotiate Iran’s full compliance of the original JCPOA text, which Iran took steps away from once sanctions were reapplied. Rouhani said today, “Our primary issues with [the United States] in Vienna have been resolved, and there are a few remaining issues and we will negotiate until those matters reach a conclusion.”

Rouhani said if the will is there, then the nuclear deal will be agreed upon under his administration. But he hinted also that it may not take place under his administration. Despite the possibility of sanctions not being removed under his term, he insisted, “The promise we made to the nation during the era of sanctions has been fulfilled.” Rouhani said they “defeated” the sanctions once in 2015 when the original deal was signed, and once in 2021 when they had to renegotiate after the US exit. Suggesting again it may not be under his term, he added, “It’s not important what formalities it happens under.”

During a Cabinet meeting, Rouhani also explained his administration’s strategy during the Trump maximum pressure campaign. Rouhani said that despite the Trump administration pulling out of the nuclear deal, reapplying sanctions and attempting to isolate Iran, it was the United States that remained isolated. And despite Israel and a few Arab states, even the United States' longest allies had not gone along with its Iran policy, he said.

Rouhani asked rhetorically why the “political victory” of Iran the last three years is not talked about more often, adding that Trump failed repeatedly against Iran when he tried to apply snap back sanctions, stop the ban of selling weapons from expiring and bring Iran’s nuclear issue to the Security Council.

Rouhani’s comments are geared toward the elections taking place. While he does not have any allies in the candidates approved to run, he wants it to be known that it is his administration’s efforts that has brought the country to resolve once again the nuclear issue with the West. He said all the candidates today say if they were in charge they would negotiate better. Rouhani joked, “Thank God you have [finally] accepted negotiations.”

Rouhani said Trump’s goal was to collapse the Iranian government and that he had even requested through “an important leader from Asia” a meeting with Supreme Leader Ayatollah Ali Khamenei as well as Rouhani “dozens of times.”