Hamas, which had threatened increased violence over the stalled aid payments, said it "appreciated" the Qatari deal with Israel. 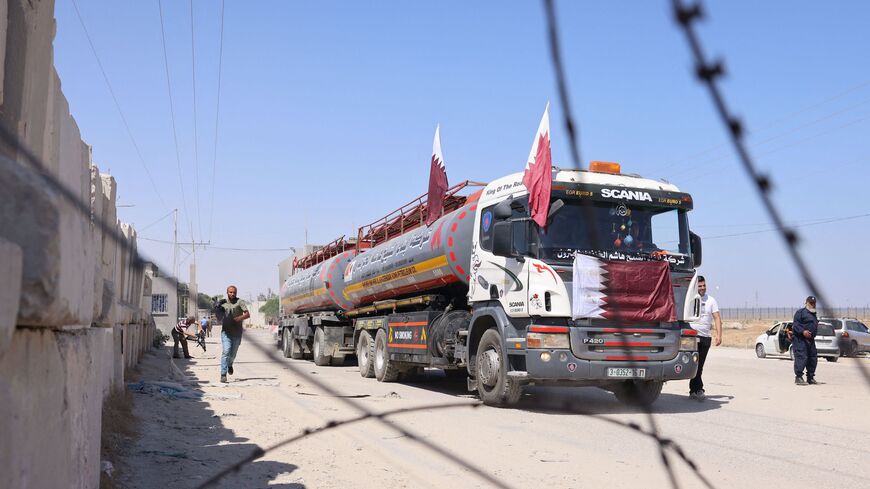 Hamas praised the agreement reached between Israel and Qatar this week to resume cash payments to poor families in the Gaza Strip.

Israel announced Thursday that it will allow Qatar and the United Nations to transfer $100 per month to some 100,000 Palestinian families in the enclave. Israel had frozen the aid since its 11-day conflict with Hamas in May amid concerns the funding could be used to enrich the militant group.

“The announcement by the brothers in Qatar about reaching an agreement with the United Nations to bring in part of the Qatari grant is part of an appreciated Qatari effort to ease the siege imposed on the Gaza Strip,” Al Jazeera quoted Hamas spokesperson Hazem Qassem as saying on Friday.

“We affirm that our people have the right to have aid in all its forms enter the Gaza Strip,” Qassem said.

Despite a cease-fire reached in May, Palestinian militants in Gaza have continued to launch incendiary balloons across the border into Israel, which has responded with airstrikes on Hamas territory. In late July, Lebanese newspaper Al-Akhbar reported that Hamas had threatened to escalate the violence if Israel did not unblock the Qatari money and fully reopen the border crossings.

Israel had tried to use the suspended aid as leverage to secure the release of two Israeli citizens held by Hamas as well the remains of two Israeli soldiers. On Thursday, Israeli Defense Minister Benny Gantz vowed to keep pressuring the Gaza-based militant group for their return.

Under the new arrangement, Gantz said the United Nations will transfer the financial aid directly to the bank accounts of the eligible Gazans, with Israel overseeing the receipts. The cash transfers are expected to begin in September.