Families in the Gaza Strip will again receive monthly cash payments that were frozen in the wake of Israel's 11-day conflict with Hamas. 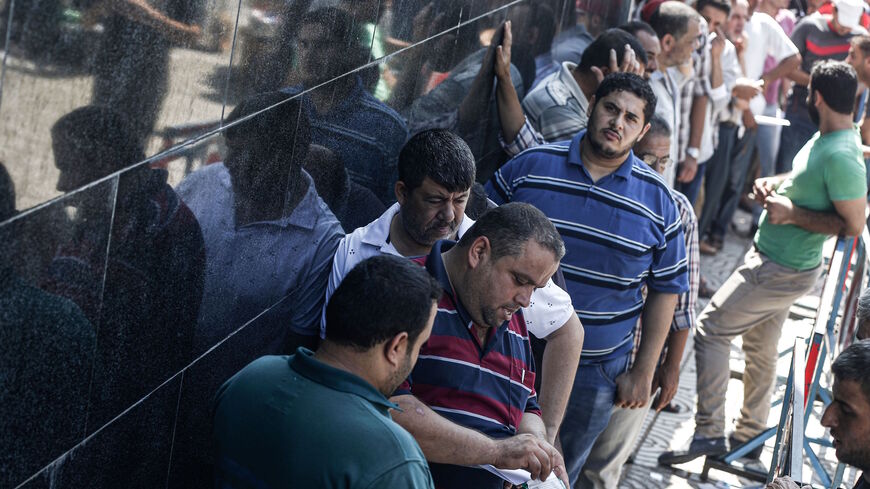 Palestinians stand in line outside the post office to receive Qatari cash aid in Gaza City, Gaza, on Aug. 26, 2019. The aid was the latest in a succession of payments to needy families in the Gaza Strip from Qatar. Israel held up the payments this year in an attempt to ensure that Hamas could not use any of the cash for its military activities; payments now will be directly made into Gazans' bank accounts via the United Nations. - MAHMUD HAMS/AFP via Getty Images

Israel announced Thursday that it had reached an agreement with Qatar and the United Nations to allow the regular transfer of cash payments to families in the impoverished Gaza Strip. Under the deal, about 100,000 Palestinian families in Gaza will receive monthly stipends of $100.

Qatar does not have formal diplomatic relations with Israel, but in coordination with the Israeli government, has provided Gaza with more than $1.5 billion over the past decade to help fund salaries, electricity and stipends for poor families in the besieged enclave.

Following its 11-day conflict with Hamas in May, Israel has blocked Qatar from moving the cash into Gaza amid concerns the Palestinian militant group could divert the money to fund its military operations.

On Thursday, Israeli Defense Minister Benny Gantz said he spoke with Qatar "to establish a mechanism that ensures the money reaches those in need, while maintaining Israel's security needs.”

“Financial aid will be transferred to hundreds of thousands of Gazan people by the UN directly to their bank accounts, with Israel overseeing the recipients," Gantz said in a statement.

The Israeli government had originally said the resumption of aid should be contingent on Hamas releasing two captive Israeli civilians, as well as the remains of two Israeli soldiers. In his announcement Thursday, Gantz vowed to keep pressing for their return.

“We will also continue our pressure campaign for the return of the Israeli soldiers and citizens that are being held hostage by Hamas,” he said.

The cash payments are expected to ease tensions on Israel’s border with Gaza. Hamas, which regularly launches incendiary balloons into Israel, had threatened an escalation if the Qatari aid remained blocked.

A fragile truce has largely held since May 21, when an Egyptian-mediated cease-fire ended the bloodshed, which killed at least 250 Palestinians and 13 residents of Israel.

The Israeli airstrikes added to the existing devastation in Gaza, much of which was still in ruins from the 2014 war. For more than a week, Israeli warplanes bombed residences, schools and hospitals that the army said were being used by militants.

The World Bank says rebuilding could cost as much as $485 million. Hamas leader Yahya Sinwar pledged his group wouldn’t take “a single penny” of the reconstruction aid, which included $5.5 million in immediate disaster assistance from the United States.

The Qatari aid announcement on Thursday comes ahead of Prime Minister Naftali Bennett’s meeting with President Joe Biden in Washington next week. The pair are expected to discuss “efforts to advance peace, security and prosperity for Israelis and Palestinians, a White House statement said.

Bennett on Wednesday received an invitation from President Abdel Fattah al-Sisi to visit Egypt. The North African country shares a border with Gaza, and, like Israel, maintains a strict blockade on Gaza.