A look at which countries have pledged money to Gaza

Egypt and Qatar are leading the pack, each pledging to provide $500 million in aid to Gaza. 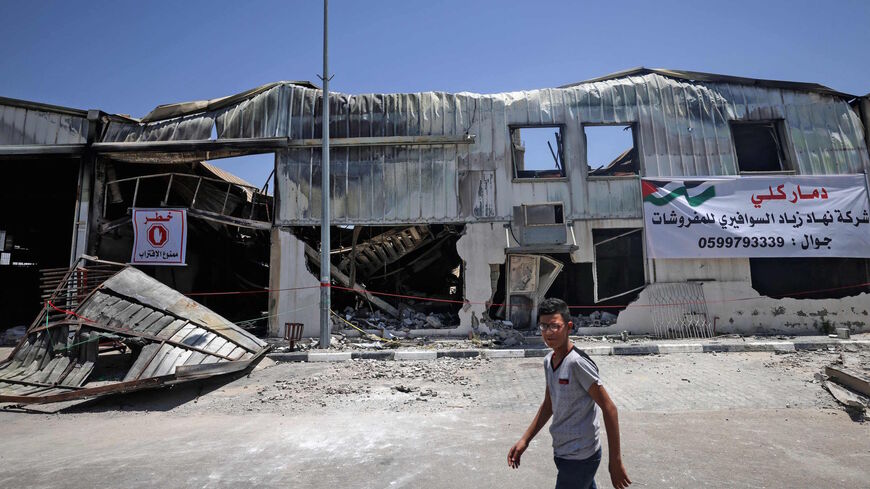 A Palestinian worker inspects on May 25, 2021, the damage at a factory in Gaza's industrial area that was hit by Israeli strikes prior to the May 21 cease-fire. - MAHMUD HAMS/AFP via Getty Images

As residents of Gaza continue to sift through the rubble, the focus now turns to reconstruction in the impoverished Palestinian enclave, as well as providing urgent relief to the thousands injured and made homeless by Israel’s bombing campaign against the militant group Hamas. Rebuilding bombed-out homes, schools and medical facilities, as well as repairing sanitation, water and electricity infrastructure, could cost hundreds of millions of dollars, Palestinian officials say.

A major sticking point for donors will be ensuring the much-needed assistance benefits civilians living in the besieged territory, not the militants. Hamas leader Yahya Sinwar said his group won’t take “a single penny,” but Israel says Gaza’s rulers have a track record of diverting aid to fund their military operations.

Donor fatigue will also be a challenge. Foreign governments may be reluctant to pay to rebuild what could be destroyed in the next round of fighting. Much of what was destroyed in the 2014 war is still in ruins, and many Palestinians whose homes were bombed still live in temporary housing.

Here’s a breakdown of the aid pledges so far:

United Nations: The UN has released $22.5 million in assistance earmarked for essential services, humanitarian relief and disposal of explosive ordinances in the Gaza Strip. The UN also announced an appeal for $95 million to cover Palestinians’ humanitarian needs for the next three months in Gaza, the West Bank and East Jerusalem.

Egypt: Before brokering a cease-fire that ended the 11-day conflict, Egypt pledged $500 million in reconstruction. The North African country shares a border with Gaza, and like Israel, maintains a strict blockade on the coastal enclave.

Qatar: The Gulf state, which helped mediate truce efforts, has allocated $500 million for reconstruction in Gaza. Qatar does not have formal diplomatic relations with Israel, but in coordination with the Israeli government has provided Gaza with more than $1.5 billion over the past decade to help fund salaries, electricity and stipends for poor families in Gaza.

United States: The Biden administration has said it will rally international support for Gaza's reconstruction and will take steps to ensure the aid isn’t exploited by Hamas. During a visit to the West Bank, Secretary of State Antony Blinken announced the United States would provide $5.5 million in immediate disaster assistance for Gaza, as well as $32 million to UN’s Palestinian refugee agency, known as UNRWA. He also announced the administration would notify Congress of plans to provide a further $75 million in additional development and economic assistance to the Palestinians in 2021.

European Union: The European Commission announced the EU was sending 8 million euros ($9.8 million) to “relieve the suffering of the many innocent victims” of the latest escalation.

China: The Chinese Foreign Ministry said it would provide $1 million in emergency humanitarian assistance, as well as $1 million to UNRWA. Beijing also said it would send 200,000 COVID-19 vaccine doses.