Secretary of State Antony Blinken also said the US will move to reopen the US Consulate in Jerusalem, which served as a de facto American embassy for the Palestinians before it was shuttered by the prior administration. 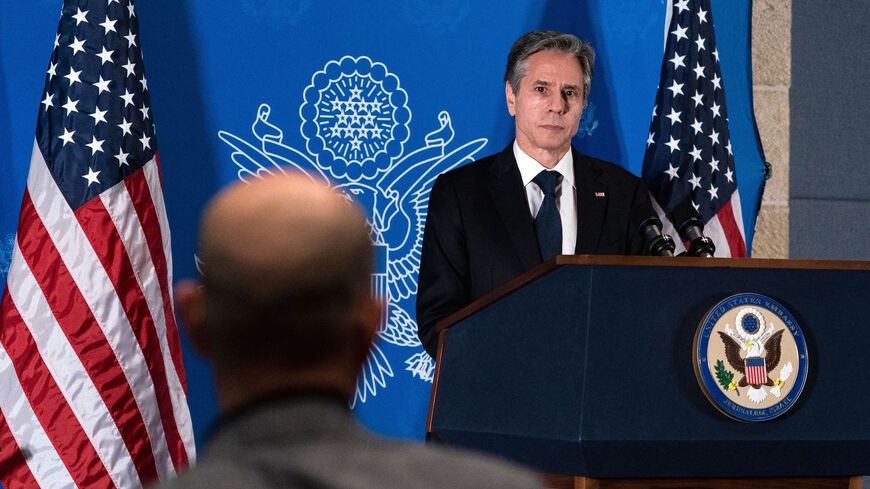 US Secretary of State Antony Blinken speaks during a news conference in Jerusalem on May 25, 2021. - ALEX BRANDON/POOL/AFP via Getty Images

The United States will provide tens of millions of dollars in assistance to the Palestinians and move forward with plans to reopen the US Consulate in Jerusalem, Secretary of State Antony Blinken announced Tuesday in the wake of a fragile cease-fire that halted the region's deadliest fighting in years.

“This relief is urgent. We have to respond to the profound need to help people at this moment,” Blinken said in remarks alongside Palestinian Authority President Mahmoud Abbas, adding that the United States will work to "promote economic stability and progress in the West Bank and Gaza."

America’s top diplomat was in the West Bank city of Ramallah as part of a Middle East tour aimed at bolstering the Egypt-brokered truce between Israel and Hamas and marshaling international support for rebuilding the impoverished Gaza Strip.

As part of that effort, the Biden administration will ask Congress for $75 million in economic and development assistance for the Palestinians in 2021. Blinken also announced the United States would provide $5.5 million in immediate disaster aid for Gaza and $32 million for the UN's Palestinian refugee agency, known as UNRWA. Combined with prior contributions, assistance for Palestinians during the first four months of the Biden administration totals more than $360 million, Blinken said.

Blinken, who met with Israeli leadership in Jerusalem earlier Tuesday, said the consulate’s reopening would help Washington "engage with and provide support to the Palestinian people.” The Trump administration in 2019 closed the Jerusalem-based consulate, which had served as the de facto US embassy to the Palestinians.

As Blinken tries to build upon the tenuous Israel-Hamas truce, residents of Gaza are still assessing the damage dealt by Israel’s bombing campaign in the densely populated Palestinian enclave, which flattened homes and entire apartment blocks that the Israeli army said were being used by militants.

Seventeen health facilities, in addition to Gaza’s only COVID-19 testing center, were damaged in the airstrikes, the UN says. The Israeli bombardment also damaged 53 schools in the Hamas-run territory.

Oxfam America estimates that 400,000 people are without regular access to water due to the damage inflicted on Gaza’s desalination plants and water infrastructure, as well as insufficient fuel for the electricity needed to pump clean water into homes. Bombed-out roads and electricity shortages, meanwhile, have made it that much harder to aid organizations to reach people in need.

“We’ve seen this before — these cycles of bombardment and devastation followed by promises of humanitarian assistance, followed by too slow delivery of said assistance,” Noah Gottschalk, Oxfam America’s global policy lead.

The cease-fire that took effect Friday stopped the bloodshed but did nothing to resolve the Palestinian-Israeli conflict’s root causes. Gottschalk called on the Biden administration to address the underlying problems so that “we’re not just rebuilding infrastructure, homes, schools, and health clinics only to see them destroyed in a couple of years.”

The United Nations says reconstruction will take years, if not decades. Rebuilding homes and infrastructure could cost billions, and if history is any indication, such funds will be slow to trickle in — if they arrive at all.

After the 50-day Gaza war in 2014, international donors were swift to promise much-needed assistance. But only a small fraction of that money was ever delivered. To this day, many whose homes were destroyed in the 2014 conflict are still living in temporary shelters.

A 2017 Brookings Institution analysis of Gaza’s stalled reconstruction blamed “a sense of futility” among donor-fatigued governments. Researchers found that Arab Gulf states were most reluctant to pour money into Gaza, fearing that doing so could shore up Hamas’ local support in the Palestinian enclave.

The Biden administration has acknowledged donors’ concerns that aid could be siphoned off by the militant group. On Tuesday, Blinken said the United States will work with partners to “ensure that Hamas does not benefit” from reconstruction efforts.

“Asking the international community, asking all of us to help rebuild Gaza only makes sense if there is confidence that what is rebuilt is not lost again because Hamas decides to launch more rocket attacks in the future,” he said.

“In terms of scale and scope, UNRWA is the alternative to Hamas in the Gaza Strip,” said Elizabeth Campbell, the director of the agency’s Washington office.

“The reconstruction will probably take a very long time, and it will probably be hyperpoliticized,” Campbell said, adding that UNRWA’s priority is meeting immediate needs and making sure its services are open “so refugees have some sense of normalcy.”

Last month, the Biden administration announced the United States would provide UNRWA with $150 million, a partial restoration of the annual funding slashed by President Donald Trump in 2018. The resumed aid drew criticism from some lawmakers, mainly Republicans, who say the UN agency is in need of reform.