As the coronavirus continues its spread through the impoverished West Bank and Gaza Strip, the United Nations refugee agency for Palestinians is seeking emergency funding to help with what it calls the worst financial crisis in the organization’s 70-year history. 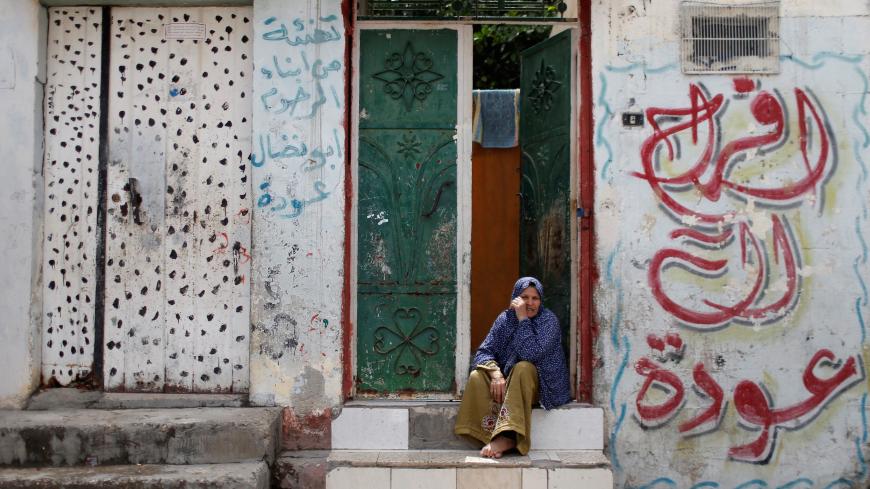 A Palestinian woman sits outside her home in the Jabaliya refugee camp, one of the most densely populated areas in the world, amid concerns about the spread of COVID-19 in the northern Gaza Strip, May 5, 2020. - REUTERS/Mohammed Salem

As the coronavirus continues its spread through the impoverished West Bank and Gaza Strip, the United Nations refugee agency for Palestinians is seeking emergency funding to help with what it calls the worst financial crisis in the organization’s 70-year history.

The UN Relief and Works Agency, or UNRWA, announced a $93.4 million urgent appeal Friday to help cover the cost of food aid, cash assistance and other vital services to Palestinians suffering financially as a result of the coronavirus crisis.

The agency provides humanitarian assistance to 5.6 million Palestinian refugees and their descendants living in the Palestinian territories, as well as Jordan, Lebanon and Syria.

The renewed plea to donors comes as a funding crunch has forced UNRWA, which runs 144 clinics staffed by 3,200 health care workers, to scale back or shutter programs entirely.

Why it matters: “We have been facing chronic financial challenges with the loss of our biggest donor in 2018,” Elizabeth Campbell, UNRWA's director in Washington, told Al-Monitor. “That has meant that we’ve had to sort of operate financially on a month-to-month basis.”

The Donald Trump administration announced it would halt US funding — some $360 million — to the agency in 2018, labeling UNRWA “an irredeemably flawed operation” that it would no longer support.

“It has had a corrosive impact on our institutions,” Campbell said of cuts from the United States, once the agency’s biggest donor.

What’s next: Earlier this week, the Palestinian Authority announced a one-month extension of its partial lockdown intended to curb the spread of the coronavirus. The total number of confirmed cases across the West Bank and Gaza stands at 547, with four recorded deaths.

Health experts are particularly concerned about the potential for a wider outbreak in Gaza, a besieged territory of some 2 million people, many of whom live in crowded refugee camps. Military conflict with Israel, internal political instability and a 13-year Israeli-Egyptian blockade have left hospitals overburdened and understaffed.

UNRWA’s coronavirus work in both the West Bank and Gaza ranges from quarantining possible cases to coordinating telemedicine to providing health care workers with personal protective equipment  Without additional funding, the agency could be forced to discontinue those services.