Early foreign aid priorities for the new administration will include restoring aid to the Palestinians and potentially Yemen. 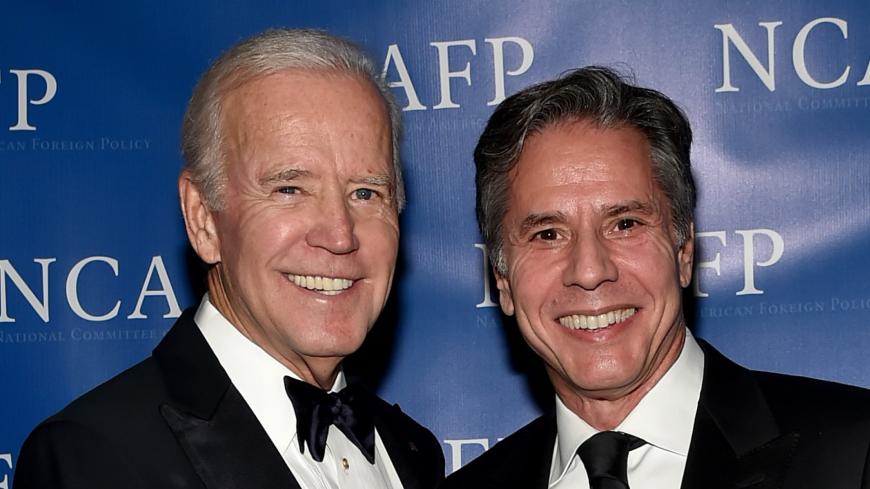 President-elect Joe Biden will assume office at a critical time for global development, with a looming famine in war-torn Yemen, the unparalleled Syrian refugee crisis and a global pandemic that has claimed over 1.2 million lives. On Biden’s long foreign policy to-do list, development experts say, is restoring the American foreign assistance dollars imperiled by the current administration.

His key foreign policy adviser on the campaign, Antony Blinken, has pledged the Biden team would “bring aid back to the center of our foreign policy” through an emphasis on diplomacy, democracy and development.

In contrast, Trump has called for aid to be given only to “friends" and revoked from those who don’t support US policies. Driven by his belief that other countries need to pony up their fair share, the Republican president sought massive foreign aid cutbacks during his four years in office.

His budget proposals, however, were routinely rejected by bipartisan majorities in Congress and the United States has remained, even under an aid-skeptic Trump, the largest donor of foreign assistance worldwide.

Biden will assemble a team that recognizes “foreign assistance is a positive tool for US influence abroad in that it can help achieve national security and geopolitical interests, and that we have an altruistic reason to provide assistance,” said Conor Savoy, executive director of the bipartisan advocacy group Modernizing Foreign Assistance Network.

One possible target for additional US humanitarian support is Yemen, where a six-year-long war pitting a Saudi-led military coalition against the Iran-aligned Houthi rebels has created what the United Nations refers to as the world’s worst humanitarian crisis.

The Trump administration has accused the Houthis of interfering with the distribution of food and humanitarian supplies, and earlier this year, slashed millions of dollars in aid to areas controlled by the rebels in northern Yemen. The United States Agency for International Development (USAID) has identified carve outs for life-saving aid, but relief organizations operating in Yemen say they are far too narrow.

A former US government official who advised the Biden campaign on foreign policy told Al-Monitor that the incoming administration, as part of its broader commitment to try to end the war in Yemen, will likely move quickly to return aid to previous levels.

The Biden administration will also pursue a restoration of aid to the United Nations relief agency for Palestinian refugees (UNRWA), which Trump pulled all funding from in 2018. Since losing its biggest donor, the cash-strapped agency has been forced to scale back on health care, education and other critical services.

Vice President-elect Kamala Harris has said the Biden administration would “take immediate steps to restore economic and humanitarian assistance” to the Palestinians, in addition to reopening the US consulate in East Jerusalem and the Palestinian mission in Washington.

Elizabeth Campbell, UNRWA’s director in Washington, says her agency is optimistic and believes the new administration will provide assistance “on the basis of need and need alone, not for political reasons.”

“You’ll see a much more multilateral approach, rather than just a transactional, bilateral approach,” said George Ingram, a former senior USAID official and current senior fellow for global economy and development at the Brookings Institution.

“It will be aimed at helping promote the economic, social and political development of other countries,” Ingram said.

Ingram points to Biden's campaign commitments to rejoin the Paris Climate Agreement and the World Health Organization on Day 1 of his presidency. Biden is also widely expected to revoke the so-called gag order that prevents federal funding from going to international nongovernmental organizations that provide, or even mention, abortions.

The incoming president intends to make human rights a cornerstone of his foreign policy. He’s vowed “no more blank checks” for Egyptian President Abdel Fattah al-Sisi and has signaled that Saudi Arabia Crown Prince Mohammed bin Salman and other autocrats embraced by Trump can expect a cooler reception from his White House.

The rhetoric on human rights is certain to change under Biden, but Lester Munson, a former senior USAID official now with BGR Group, is skeptical the new administration would use foreign aid as leverage.

“I expect the Biden administration on human rights to be more outspoken, but not necessarily making more concrete national security decisions based on human rights concerns,” Munson said.

One early indicator of Biden’s foreign aid strategy could be the positioning of USAID within his administration. Many in the development community want the agency’s administrator to be given a permanent seat on the National Security Council. It would be a first for any administration, but analysts say it’s now more likely given the urgency of COVID-19.

At the very least, development experts expect a return to more normal practices under Biden. Trump’s threatened aid cuts, some of which materialized, “introduced a level of unreliability in the budgeting process that created a tremendous amount of upheaval at a time when aid should have been playing a strong role,” Savoy said.

With Biden, he said, “You’re going to see an administration that will inject stability and a return to normality.”