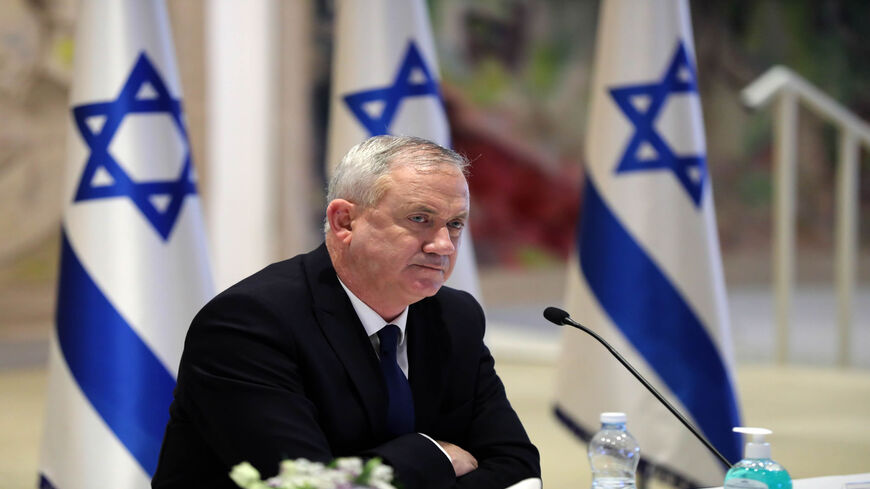 The Times of Israel reports that the deal will enable Israel to bypass a 2018 law that requires the Israeli government to withhold a portion of the tax revenue it collects on behalf of the PA as punishment for the stipends that Ramallah awards to Palestinians jailed in Israel and their families. The newspaper reports that the newly announced cash transfer will be funded using the roughly $186 million in tax revenues that Israel confiscated earlier this summer.

Gantz also told reporters that Israel would recognize the residency rights of thousands of Palestinians, most of them from the Gaza Strip or other countries, who live in the West Bank without legal status.

The goodwill gestures follow the defense minister's meeting with Abbas on the evening of Aug. 29 in the West Bank city of Ramallah, in what marked the first face-to-face talks in more than a decade between high-level Israeli and Palestinian officials.

“I told Chairman Abbas that Israel seeks to take measures that will strengthen the PA’s economy,” Gantz said in a tweet.

“We also discussed shaping the security and economic situations in the West Bank and in Gaza. We agreed to continue communicating further on the issues that were raised during the meeting,” he tweeted.

But Naftali Bennett, the far-right pro-settler prime minister who opposes Palestinian statehood, said he has ruled out prospects for a peace deal with the Palestinians during his term.

A source close to Bennett told Haaretz, "There is no diplomatic process with the Palestinians, nor will there be one."

Also in attendance at the meeting was Ghasan Alyan, who runs the Israeli defense body in charge of civil affairs in the Palestinian territories. On the Palestinian side, Sheikh and intelligence chief Majid Faraj took part.

In mid-July, Gantz spoke with Abbas on the phone in what was the highest-level known contact between the Palestinians and Israelis since a 2017 phone call between former Prime Minister Benjamin Netanyahu and Abbas.

Their rare meeting Aug. 29 came hours after Bennett departed Washington following a meeting with US President Joe Biden two days earlier. During their White House meeting Aug. 27, Biden “underscored the importance of steps to improve the lives of Palestinians and support greater economic opportunities for them,” according to a US readout.

Militant groups in the Gaza Strip expressed outrage over the Abbas-Gantz talks. A spokesperson for Hamas called the talks “a stab in the back of the Palestinian people.”