After hosting Palestinian President Mahmoud Abbas at his home in Rosh Ha’ayin, Defense Minister Benny Gantz announced a series of confidence-building measures for Palestinians in the West Bank and Gaza. 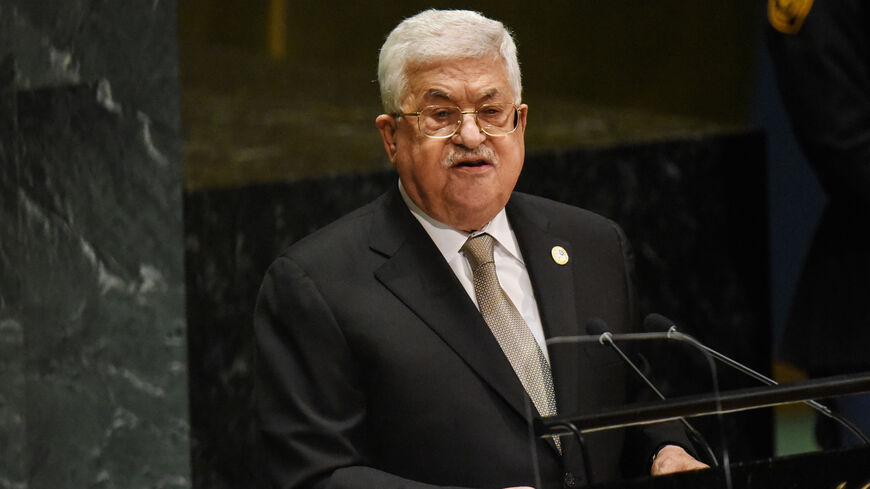 Israel’s Defense Ministry announced this morning a series of civil and economic measures designed to ease the daily lives of Palestinians in the West Bank and the Gaza Strip.

Defense Minister Benny Gantz announced the measures following his Dec. 28 meeting with Palestinian President Mahmoud Abbas. Gantz hosted Abbas at his home in the Israeli city of Rosh Ha’ayin. Reportedly, the meeting lasted for about two and a half hours. Israel’s Coordinator of Government Activities in the Territories (COGAT) Maj. Gen. Rassan Alian and head of the Palestinian General Authority for Civil Affairs Hussein al-Sheikh were both present at the meeting, though part of it took place between Abbas and Gantz only. It was the first meeting of the Palestinian leader inside Israel since 2010, except for  Abbas’ partaking in the funeral ceremony of President Shimon Peres in 2016.

After the meeting, Gantz tweeted, “This evening I met with PA President, Mahmoud Abbas. We discussed the implementation of economic and civilian measures, and emphasized the importance of deepening security coordination and preventing terror and violence - for the well-being of both Israelis and Palestinians.”

The Dec. 28 meeting was the second one between the two men since the establishment of the Bennett-Lapid government last June. The first official meeting took place in Ramallah on Aug. 29. A day after the Aug. 29 meeting, Gantz said Israel would transfer $155 million to the Palestinian Authority out of the tax revenues Israel has collected on behalf of the Palestinians. Gantz also said at the time that Israel would recognize the residency rights of thousands of Palestinians, most of them from the Gaza Strip or foreigners, who live in the West Bank without legal status.

A statement by his ministry yesterday said that the meeting in Rosh Ha’ayin came as a follow-up to the Ramallah meeting four months ago. According to the statement, Gantz informed Abbas of his intention to “continue advancing confidence-building measures in economic and civilian areas, as was determined in their previous meeting. Minister Gantz emphasized the parties’ shared interest in deepening security coordination, maintaining regional stability and preventing terror and violence."

The specific easement measures announced this morning include, for example, approving the legal status of some 6,000 Palestinian residents of the West Bank and 3,500 Gazans living in the West Bank, in the Palestinian Authority Population Registry, which is under Israeli control. This should allow these people, living for years without a legally regulated status, to move freely within the Palestinian territories and legalize their family status for means of weddings, etc.

In a rare move, Israel offered on Dec. 23 500 Palestinian Christians who live in Gaza permission to travel to the West Bank for the holidays, especially to Bethlehem.