The United Kingdom, France and Germany urged Iran to return to the negotiating table following reports the country has accelerated its nuclear program. 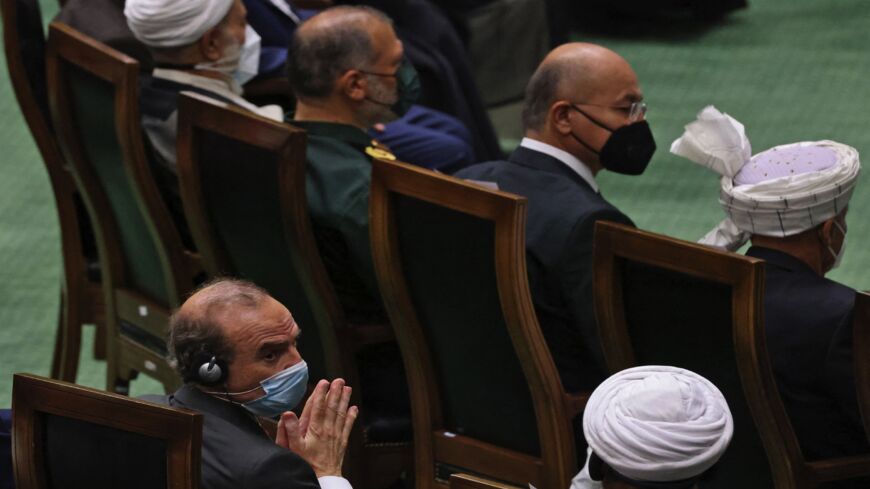 The United Kingdom, France and Germany expressed their “grave concern” over Iran’s reported increase in uranium metal and production of enriched uranium, warning that time is running out to negotiate a return to the Iranian nuclear agreement.

“Both are key steps in the development of a nuclear weapon, and Iran has no credible civilian need for either measure,” the three European countries, known as the E3, said in a statement.

The actions come as Washington works to salvage the Joint Comprehensive Plan of Action (JCPOA), which former President Donald Trump withdrew from in 2018. Under the multilateral pact, Iran agreed to limits on its nuclear activities in exchange for sanctions relief.

Talks aimed at forging a new deal have reached an impasse, with Iran insisting the United States lift sanctions before it reverses its JCPOA violations. Six rounds of talks between Iran and the other original parties to the deal — E3, China and Russia — failed to produce a breakthrough and have been on hold since late June. No date has been set for a seventh round of meetings in Vienna.

In the meantime, the three European powers accused Iran of “establishing facts on the ground, which make a return to the JCPOA more complicated.”

“Iran's activities are all the more troubling given the fact [that] talks in Vienna have been interrupted upon Tehran’s request for two months now and that Iran has not yet committed to a date for their resumption,” the joint statement said.

“Such escalations will not provide Iran negotiating leverage in any renewed talks on a mutual return to JCPOA compliance and will only lead to Iran’s further isolation,” Price said.

Earlier this month, Iranian President Ebrahim Raisi raised hopes that Iran would return to the negotiating table when he said Tehran was ready to support "any diplomatic plan" that lifts sanctions.

The E3 on Thursday urged Iran to resume talks in the Austrian capital, stressing “time is on no one’s side.”