The Iraqi government is helping its displaced citizens stuck in Eastern Europe to return to Iraq. 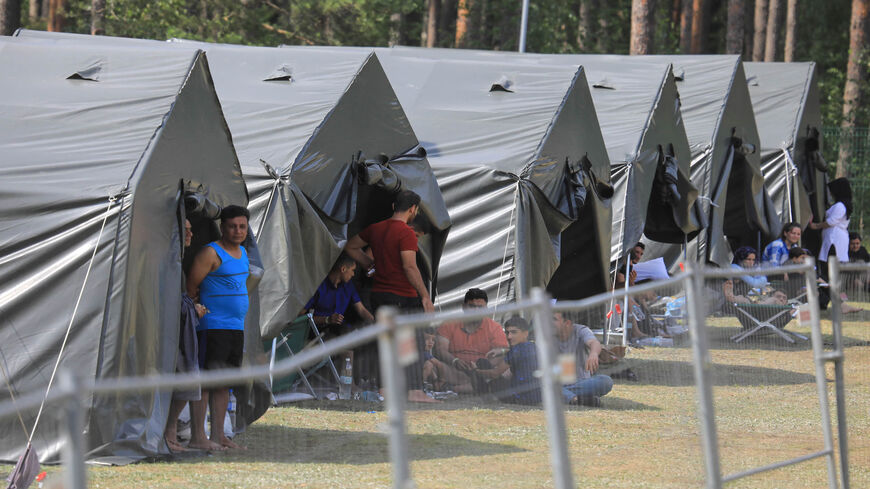 Migrants are seen through a fence as they stand and sit by tents in a camp near the border town of Kapciamiestis, Lithuania, July 18, 2021. - Petras Malukas/AFP via Getty Images

Hundreds of Iraqi citizens are stuck in Lithuania and Belarus and are unable to go to Western Europe to seek asylum, in an unprecedented attempt to migrate to Europe.

As a result of this migration wave, the European Union (EU) pressured the Iraqi government to halt the travel of its citizens to the Belarusian capital, Minsk, for study and tourism. But Baghdad, which said that it “does not prevent its citizens from traveling,” stated that its citizens “were deceived.”

On Aug. 14, the Iraqi government alluded to the use of Iraqis in an international political conflict. The charge d'affaires to Warsaw, Minister Hussein Mansour al-Safi, said during an official video conference chaired by President of the Republic of Lithuania Gitanas Nauseda, “Iraq refuses its citizens being used in international conflicts they have nothing to do with.”

Recently, a major crisis arose between Belarus and the EU member states over the arrival of Iraqi migrants to Lithuania via Belarus, which prompted the Lithuanian foreign minister to visit Baghdad on July 15 in order to ask the Iraqi government to stop Iraqis from traveling to Belarus. Some Iraqis are heading from Belarus to Lithuania on their way to Western Europe.

Iraqi security sources told Al-Monitor, “In recent weeks, there has been an increase in flights from Baghdad to Minsk, but the authorities did not notice this, and companies and individuals were promoting migration through Belarus, then Lithuania.”

Iraqis living in detention camps on the border between Belarus and Lithuania have been facing difficult conditions. They are moved from one place to another and some report having been beaten, in addition to the refusal of the authorities of the two countries to receive them.

In a video broadcast by German DW TV, Iraqi migrant Hussein, who is stuck in a camp on the Belarus-Lithuania border, said, “Prison conditions are better than ours here.”

Iraqi migrants felt that they were in trouble after paying a lot of money to smuggling companies and networks that claimed they could easily reach Europe to lure them in.

Following appeals of some migrants, the Iraqi Ministry of Foreign Affairs managed during the past few days to allow about 240 of them to voluntarily reenter Iraq, after issuing them laissez-passer documents.

“Unfortunately, migrants are once again being used as a weapon,” EU Foreign Minister Josep Borrell said at the end of July. This statement is consistent with those of Al-Monitor's sources. The Iraqi government has enough information about the use of its citizens in a political conflict, but it cannot hold Minsk accountable for this.

“Iraqi citizens and migrants from other countries have become hostages of the relations between Minsk and the EU,” said Marianna Belenkaya, a reporter for the Russian newspaper Kommersant, who has been following the migration of Iraqis to Lithuania.

She told Al-Monitor, “It is clear that Belarus wants Brussels to recognize the legitimacy of the Lukashenko regime and to lift sanctions."

Belenkaya added, “No one doubts the ability of the Belarusian authorities to control the security situation — both inside the country and at the borders. Perhaps there is a desire to facilitate the passage of migrants.”

All the migrants who are in Belarus now were traveling via legal and official pathways through Iraqi airports; there were groups of smuggling networks receiving Iraqis at Minsk airport and transporting them directly to hotels or to the borders.

Videos and photos have shown that most of the Iraqi migrants are young people, as was the case in 2015, when thousands of them traveled to Europe via Turkey and Greece.

In an attempt to stop the influx of Iraqis to Belarus, the Iraqi authorities suspended flights with Belarus on Aug. 6, two days following the death of an Iraqi citizen on the border with Lithuania. He had been beaten by security forces there, according to Iraqi media reports.

The videos of detained Iraqis show the difficult humanitarian conditions experienced by those who considered migrating through Belarus, as they sleep on the ground and burn their clothes for warmth.

One of the migrants held there told Sky News Arabia, “I paid $15,000 to get to Europe. We are now regretting it.”

The arrival of hundreds of Iraqis, alongside migrants from other countries, to the Belarusian-Lithuanian borders, was not arbitrary or coincidental; it seems that their arrival was facilitated.

A tripartite cooperation between Iraq, Belarus and the EU is necessary to stop the involvement of Iraqi citizens with organized smuggling networks that exploit them for financial interests. 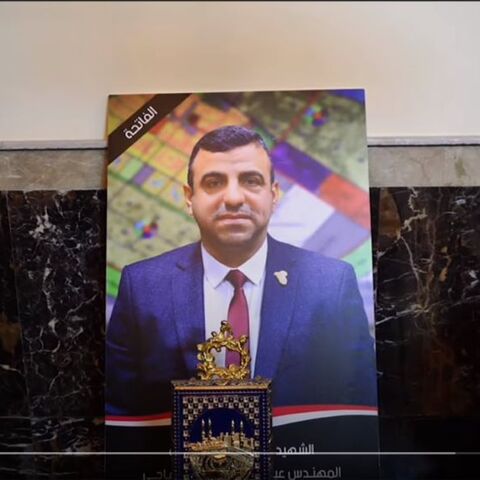