Lebanon's water sector is on the verge of collapse due to the harrowing economic crisis, the United Nations has warned. 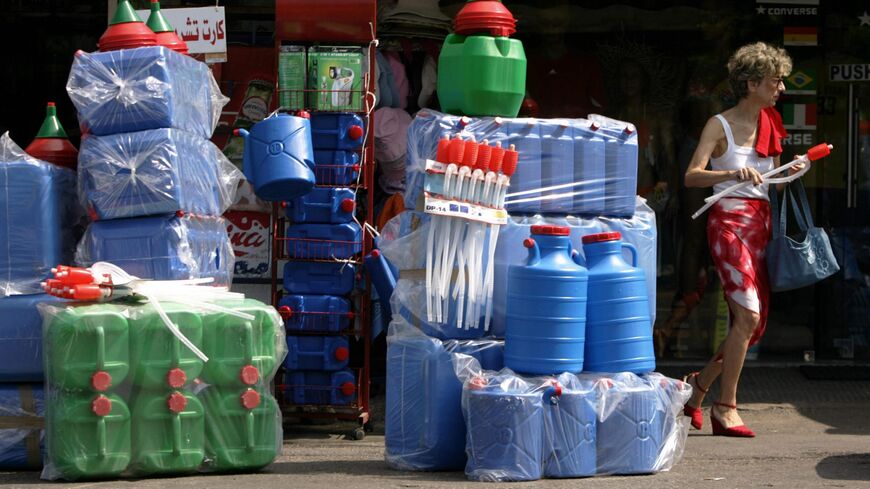 Lebanon is suffering from an acute water shortage. Here, a Lebanese woman walks past canisters used to store water and fuel in front of a shop in the coastal town of Junieh, north of Beirut, on Aug. 11, 2006. - PATRICK BAZ/AFP via Getty Images

Millions of Lebanese are at risk of losing access to water, the United Nations warned Friday.

The representative of UNICEF in Lebanon said the economic crisis could severely hinder people’s access to public water in the near future.

A loss of access to the public water supply could force households to make extremely difficult decisions regarding their basic water, sanitation and hygiene needs,” said Yukie Mokuo in a press release.

Lebanon is in the midst of a yearslong and increasingly devastating economic crisis. The local currency has lost more than 90% of its value since late 2019. Many people are struggling to buy essentials amid job losses and rising prices. Fuel shortages are also worsening, leading to long lines at gas stations.

UNICEF said Lebanon’s water sector is being “squeezed” due to maintenance costs, electricity cuts and rising fuel prices. More than 4 million people, including 1 million refugees, are at risk of losing access to water that is safe to use as a result.

“UNICEF estimates that most water pumping will gradually cease across the country in the next four to six weeks,” read the release.

The UN children's agency further predicted that water costs could shoot up 200% if people are forced to buy from private vendors in the event of a shutdown of public water.

The situation is already bleak. Almost 1.7 million people in Lebanon already only have access to 35 liters (nine gallons) of water a day, which is a nearly 80% decrease vis-a-vis the national average before 2020, according to a UNICEF assessment. Water pollution has also been an issue in Lebanon in recent years.

Lebanon has had a caretaker government since August 2020 when the Cabinet resigned en masse following the Beirut port explosion. The political impasse appears set to continue after Saad Hariri, who was the prime minister-designate, withdrew his nomination to form a new government last week.