The crisis-hit country’s collapsing water and sewage infrastructure has opened a breeding ground for waterborne illness. 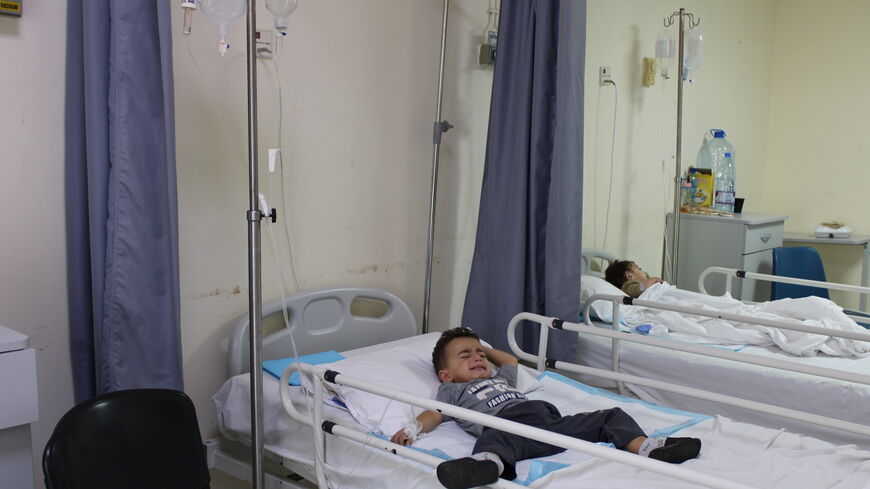 Ahmad lies in his hospital bed on his sixth day of treatment at Halba's government hospital in Akkar. - Hanna Davis 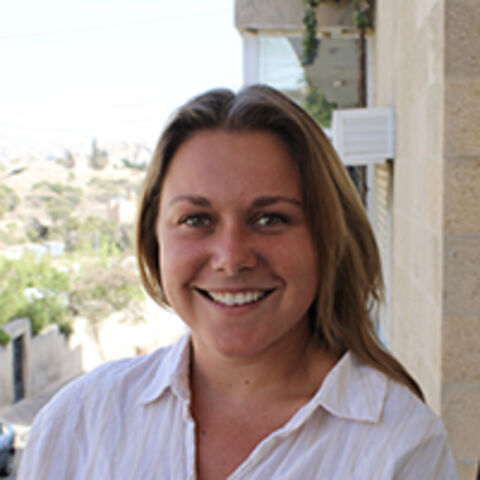 BEBNINE, Lebanon — Lebanon began its campaign to roll out cholera vaccinations last weekend in the country’s northern governorate of Akkar, the epicenter of the outbreak.

The number of cholera cases has soared since Lebanon’s first case in October, the country’s collapsing water and sewage infrastructure opening a breeding ground for the contagious disease.

Four-thousand prison inmates and officials have already been vaccinated from a stock of over 13,000 vaccinations donated by France last week. Another 600,000 doses from UNHCR and the World Health Organization are expected to arrive in Lebanon on Wednesday, to be distributed to Lebanese and Syrians in areas with the highest infection rates.

Case numbers have nearly doubled in the past week alone, reaching 2,722 cumulative cases and 18 deaths, according to the government’s latest statistics. But this number is still likely far underreported, with most clinics lacking the resources to conduct the expensive tests.

“The numbers are scary,” said Dr. Kifah al-Kasser from al-Iman Health Center in Bebnine, Akkar, who is the mayor of the small town. Dr. Kasser told Al-Monitor that he estimates around 3,000 cholera patients have come to receive treatment from his office alone over the past month.

Cholera, caught by consuming food or water infected with the Vibrio cholerae bacterium, can spread rapidly in areas with deteriorated hygiene and poor sanitation conditions. In Lebanon, three years of economic crisis and disinvestment in public services have left many municipalities without access to clean water sources or sewage networks — leading to the spread of a disease typically only seen in war-zones and areas hit by natural disasters.

The water-borne illness causes rapid fluid loss, which can lead to severe dehydration, kidney failure and then death within hours if left untreated. Children, who have smaller bodies and less fluid, are at greater risk of developing severe cases — especially those who are malnourished.

In Lebanon, a quarter of all cholera cases have been reported among children between 0 and 4 years of age, according to the most recent UNICEF Lebanon situation report.

Fortunately, this week the clinic has seen fewer cases than last week’s 100 patients per day, the doctor noted. He added that the vaccines, which the clinic will begin distributing Nov. 12, could stymie the bacteria’s further spread if clean water access and sanitation are also improved.

Over 2,000 clusters of makeshift homes for Syrian refugees are scattered irregularly throughout Lebanon. Most of the settlements, officially known as informal tent settlements (ITS), lack any sort of water or sewage infrastructure, with human waste flowing freely into fields surrounding the camps’ premises.

Lebanon is home to up to 1.5 million Syrian refugees, the majority (90%) of whom live in extreme poverty.

Cholera has spread rapidly among Syrian refugee populations in the north, largely due to poor sanitation in the informal settlements.

Hana Awad Aloush, 29, is from Syria and lives in one of the informal settlements in Akkar named Camp 040. “We don’t have a bathroom,” she told Al-Monitor while receiving treatment for cholera at al-Iman Health Center.

Aloush said that they have been unable to find help from nongovernmental organizations or other UN organizations. “We’re trying to call NGOs to tell them that our tent is falling apart,” she said. “But no one is listening to us.”

Deputy Representative of UNICEF in Lebanon Ettie Higgins told Al-Monitor that the “scattered nature” of the ITS sites makes it difficult to distribute adequate support to each. She also noted that many of the settlements are built on private land, and so it is often illegal to install permanent fixtures or infrastructures, including sewage or water lines.

“We drink water from the well. They say it's not filtered or healthy. But I don’t have another option,” Aloush said, explaining that she does not have the means to get to the shop far from her home to purchase bottled drinking water.

Lebanon’s water sector is barely managing to stay afloat. Without electricity and the inability to secure fuel, multiple of the country’s main water treatment plants are unable to pump water to households.

The South Lebanon Water Establishment recently announced it would have to completely cut off water services due to the lack of electricity, leaving thousands more in Lebanon without running water.

In Bebnine, the lack of state-supplied water has forced residents to rely on private water tankers, which are often subject to little testing and oversight. Early last month, tankers delivered water from a cholera-contaminated well, infecting dozens with the waterborne illness.

During a visit to Akkar at the start of the outbreak, Caretaker Health Minister Firas Abiad pointed to the “frightening decline” in the level of basic services, which has contributed to the epidemic not seen in Lebanon for nearly 30 years.

Higgins noted that prior to the cholera outbreak, the Tripoli Wastewater Treatment Plant was depositing waste on Lebanon’s shoreline, the lifting stations lacking the fuel to pump the waste farther to sea. UNICEF has since stepped in to provide 27,000 liters of fuel to ensure the plant can pump the now contaminated waste a sufficient distance away from the shore.

But providing fuel for water treatment plants and decontaminating the wastewater has cost the organization at least $1 million per month, Higgins said, noting that the cash-strapped agency only has funds to continue its cholera-prevention efforts through mid-December.

“We know it doesn’t take a huge amount of resources to stop cholera in its tracks,” Higgins said. “We know what’s needed. We just need those resources.”