Despite its natural water resources, Lebanon has reached a crisis point, with many residents unable to afford clean water. 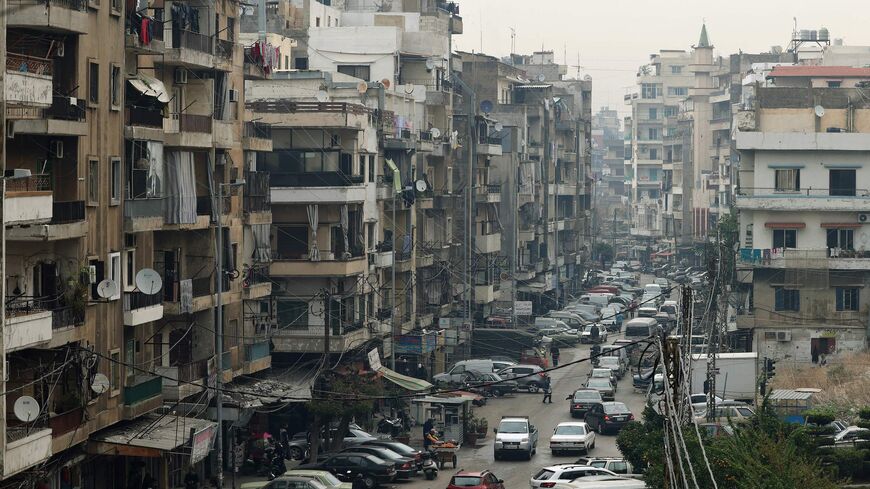 A view of a neighborhood in the Lebanese port city of Tripoli north of Beirut is pictured Dec. 13, 2021. - JOSEPH EID/AFP via Getty Images

Lebanon’s worsening water crisis is placing households and businesses under stress. The country is known for abundant water resources but without implementation of strategies to conserve and protect them, it remains one of the most water-threatened nations on earth.

Clean water in Lebanon is simply no longer affordable and households are trying to use as little as possible. Amid water shortages in most of the country, residents are paying a large portion of their income to private companies to fill the tanks on their roofs.

“If I didn’t pay for water from private companies, my taps would run dry,” Beirut resident Nada Kanso told Al-Monitor.

Environmental groups blame the government’s policies for Lebanon’s water crisis, saying the lack of adequate water infrastructure and mismanagement have brought the situation to a critical point.

Last summer UNICEF warned, “Unless urgent action is taken, more than four million people across Lebanon — predominantly vulnerable children and families — face the prospect of critical water shortages or being completely cut off from safe water supply in the coming days.”

The cash-strapped government has not invested in keeping water supplies safe and secured, according to a report from The World Bank. Environmental consultant and engineer Tamara Ghanem told Al-Monitor, “Lebanon’s tap water is extremely toxic, to the extent that you can’t even drink it.”

The Beirut and Mount Lebanon Water Corporation, a service organization that provides water for about half of Lebanon, recently announced the start of severe water rationing. Al-Monitor spoke to a source within the corporation who wished to remain unnamed. He said, “The emerging water crisis is expected to escalate if no adequate solutions are found, especially for the electricity [shortage], which is one of the main interruptions to the supply of water.”

According to the source, the devaluation of the Lebanese pound also prevents the water supply networks from being maintained as the water service organizations can no longer afford the imported parts that are essential for maintenance.

Lebanon has snow-filled mountains that feed 15 rivers and over two thousand streams. Environmental experts say that clean water becomes polluted once it reaches the rivers, where untreated sewage is dumped.

The Litani River, Lebanon’s longest river, is an essential source of water for irrigation and hydroelectric energy. It's also an example of the country’s mismanaged institutions and deeply rooted corruption that according to Ghanem has turned 100% of the Litani’s water toxic. Untreated sewage has been pouring into the river for years and still no plans have been implemented to address sewage systems across Lebanon.

Lebanese environmental engineer Michel Frem told Al-Monitor, “Although climate change has started affecting the availability and intensity of water resources, Lebanon, in general, is not a water-scarce country. The long years of mismanagement and corruption have made it so.” He explained, “Our management for this resource is poor because we are not building enough infrastructure such as service storage facilities like dams, lakes or [efforts to] artificially recharge groundwater.”

Dwindling water resources are also affecting the agricultural sector, which relies heavily on groundwater for irrigation in the summer, making vegetables and fruits more expensive and in short supply. The local agriculture sector should be able to produce all year long in Lebanon’s climate, but the expenses of water and materials make that easier said than done.

Lebanon-based agriculture engineer Nijad Saed Eddine told Al-Monitor, “Operating a farm in Lebanon has become a challenge for financial and practical reasons, for instance securing reliable and sustainable access to water or purchasing imported raw materials like fertilizers that have become extremely expensive.” He said that keeping costs down means reducing dependency on imports and even water pumping. Farmers are therefore leaning toward planting crops that require less water.

“Farmers are planting pine trees, fig trees, sumac and aromatic plants like thyme, lavender and rosemary when possible, as these crops have lower cultivation costs. For instance, they require less watering,” he said. “This, however, is not the preferred solution for the agriculture sector, as we need a sustainable strategy to be implemented for farmers who grow vegetables with high water consumption such as lettuce, cucumber and tomato,” Saed Eddine added.

Many farmers are installing solar panels to supply their farms with the electricity needed for pumping water instead of using generators that depend on unsubsidized fuel at skyrocketing prices.

“Not enough drinking water makes its way to our homes because of the crumbling infrastructure and lack of planning," Frem told Al-Monitor.

Regional geopolitics also hinder Lebanon’s water resources. Transboundary rivers are off limits because pumping from them could create tensions with neighboring countries. Frem told Al-Monitor, “Sometimes projects may be rejected based on international and political agreements.”