The fire and lack of emergency response is endemic in the region as Turkish attacks routinely impact communities in Iraq’s north. 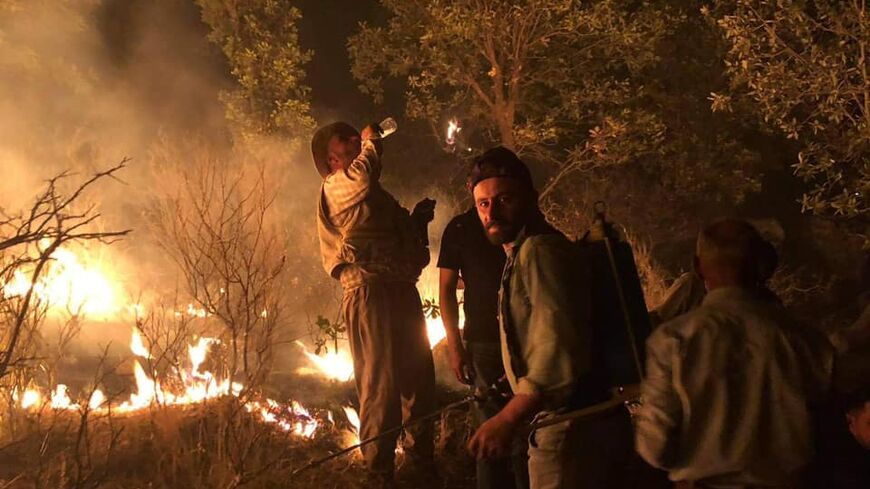 A Turkish airstrike July 6 ignited agricultural fields of Assyrian villages in the Nahla Valley of the Kurdistan Region of northern Iraq. As flames burned for hours at night and well into the next day, authorities never arrived to help extinguish the blaze.

The fire and lack of emergency response is endemic in the region as Turkish attacks routinely impact communities in Iraq’s north. Kurdistan authorities cannot enter villages during fires, a representative told Rudaw, because of fears of continued Turkish bombings. Another source told Al-Monitor that when an area is hit by Turkish airstrikes, authorities do not have permission to act until at least 24 hours have passed in case there are additional strikes.

Last week’s airstrike was part of a renewed military campaign by Ankara beginning in April targeting Kurdistan Workers Party (PKK) militants in Iraq’s north. The offensive has so far included building new military bases, chopping down forests to make way for fresh roads and a barrage of airstrikes.

Caught in the crossfire of this fighting are dozens of communities. In some cases, entire villages have been forced to abandon. Calls to emergency centers in the area have been left unanswered or unable to help.

In the midst of this security vacuum, villagers have produced their own firefighting force with stockpiles of fire extinguishing backpacks, oxygen masks and reflective vests. To store this equipment and brace for future flames, residents are building a firehouse.

“This is one way, if we can equip the young men and women in these villages so that they are ready when such fires emerge, they can take action on their own,” said Mikhael Benjamin, an Assyrian from the Nahla Valley.