The firing comes days after Tunisian President Kais Saied announced he was sacking the prime minister and suspending parliament. 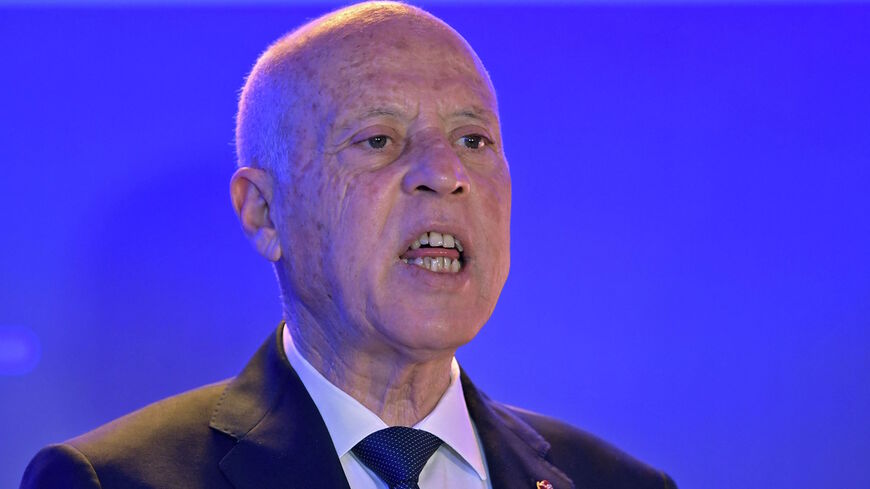 The office of Tunisian President Kais Saied has fired the head of the country’s official television station and other top state officials amid political turmoil his critics have described as a coup.

Saied has appointed a temporary replacement for the president of Wataniya television, Mohamed Lassaad Dahech, Saied's office said. The firing of the TV chief Wednesday came just hours after AFP reported that a journalism union representative and human rights activist who were scheduled to appear on a show were prevented by security agents from entering the studios. The Defense Ministry and the presidency denied issuing such orders.

Press freedom groups have expressed concern over a number of recent incidents involving media outlets in the North African country. A journalist for The New York Times said Wednesday that authorities in the capital, Tunis, had detained her for two hours before releasing her. On Monday, the Qatari broadcaster Al Jazeera said police raided the TV network’s office in Tunis and confiscated equipment.

Amid nationwide protests Sunday, Saied announced he was firing Prime Minister Hichem Mechichi and suspending parliament for 30 days or “until the situation settles down.” Saied also invoked emergency powers to strip lawmakers of their immunity and said he would be assuming executive authority.

He then fired Defense Minister Ibrahim Bartaji and acting Justice Minister Hasna Ben Slimane, and on Wednesday announced the removal of the army’s chief prosecutor, advisers to the former prime minister and other senior government officials.

The moderate Islamist political party, Ennahda, has described Saied’s actions as “a coup.” On Wednesday, a Tunisian prosecutor announced an investigation into three political parties, including parliament’s largest, Ennahda, for allegedly using foreign funds to pay for their electoral campaigns.

In an interview Thursday, US Secretary of State Antony Blinken called on Tunisia to “return to [a] democratic path, act consistent with the constitution, unfreeze the parliament, have a government in place to do the work of the people, to be responsive to their needs."