Yassin Ayari had accused the Tunisian president of staging a "coup against the constitution." 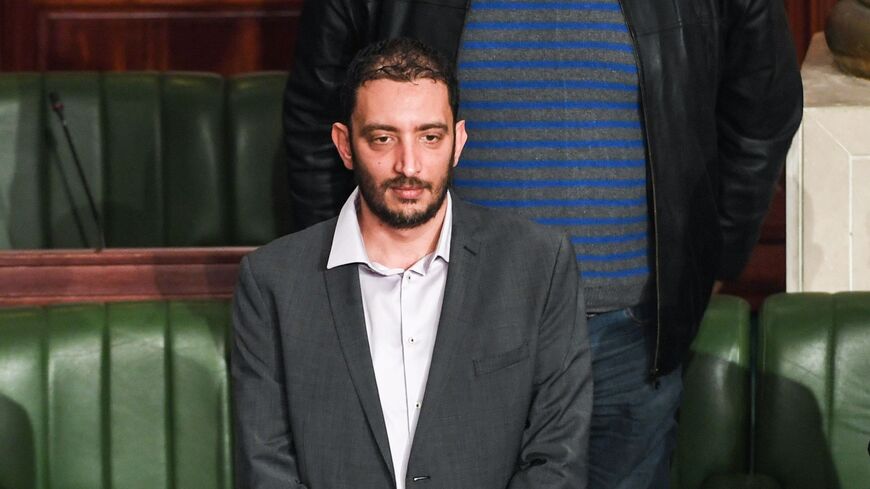 Tunisia arrested a member of parliament, Yassine Ayari, at his home Friday after he accused President Kais Saied of an unconstitutional power grab.

Ayari had on social media repeatedly lashed out at Saied, who on Sunday announced he was firing Prime Minister Hichem Mechichi, suspending the Tunisian parliament and stripping lawmakers of their immunity. Ayari, a member of the Amal Movement, described the ongoing events in Tunisia as a “coup against the constitution."

“[Saied] made a constitution by himself and he is enforcing it with guns,” he wrote on Facebook days before his arrest.

Ayari’s wife, Cyrine Fitouri, told Reuters that 20 officers in plainclothes raided their home Friday afternoon. “They took him forcefully while his mother was shouting,” she told the news agency, saying family members were instructed not to film his arrest. Ayari’s lawyer told Al Jazeera that the lawmaker was taken to an unknown destination by security forces.

The United Arab Emirates daily The National reported that the General State Agency for Military Justice said in a press release that Ayari had been sentenced to two months in jail for a 2018 verdict against him in the Military Court of Appeal for “participating in an act aimed at destroying the morale of the army” by publishing Facebook posts critical of the military. The National also reported that Ayari served time in 2015 for insulting the military.

Ayari’s arrest comes as Saied is under increasing international pressure to form a new government that can address the North African government's coronavirus crisis and economic woes. On Friday, the Tunisian president tasked Ridha Gharsallaoui, a former national security adviser to the presidency, with overseeing the Interior Ministry. Saied has yet to name the prime minister’s replacement.

Opponents, including the dominant Islamist political party Ennahda, have described Saied’s actions as “a coup.” On Wednesday, the judiciary announced an investigation into three political parties, including Ennahda, for allegedly using foreign funds to pay for their electoral campaigns.

Tunisian troops on Monday blocked parliament Speaker Rachid Ghannouchi, who also heads Ennahda, from entering the parliament building amid clashes between the Islamist group’s supporters and those backing Saied.

The state news agency TAP reported Friday that four members of Ennahda were under investigation for “attempted violence” following the president’s announcement Sunday that he was invoking emergency powers to oust the government.