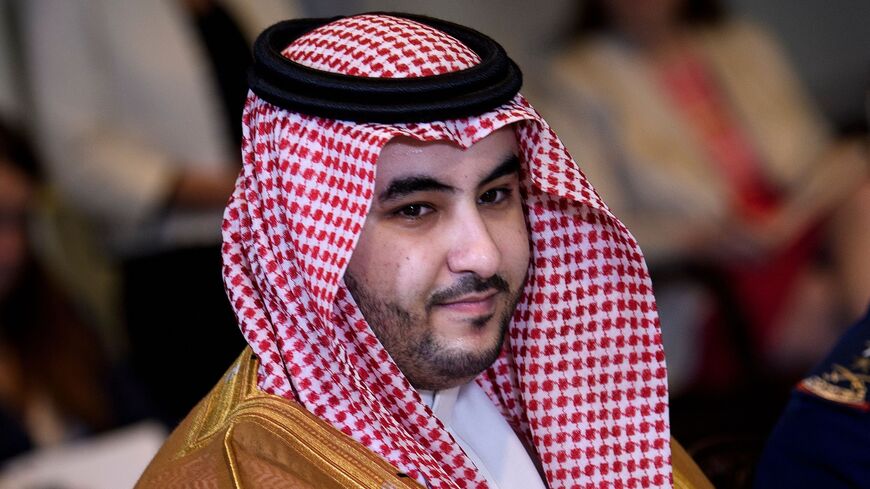 Saudi Arabia's Vice Minister of Defense Prince Khalid bin Salman waits for a meeting with US Secretary of Defense Mark Esper and others at the Pentagon Aug. 29, 2019, in Washington, DC. - BRENDAN SMIALOWSKI/AFP via Getty Images

The Saudi prince described his meeting with Blinken as “great.” In a tweet on Wednesday, Prince Khalid said he and Blinken met to “discuss the strategic Saudi-US partnership, review the latest developments in the region, and explore ways to strengthen Saudi-US ties.”

Blinken’s meeting with the 33-year-old prince was not announced on his public schedule. According to a State Department readout, Blinken joined Prince Khalid's meeting with Under Secretary of State for Political Affairs Victoria Nuland and Counselor Derek Chollet to discuss "regional security, support for Saudi Arabia to defend itself from cross-border attacks, and improving human rights."

Blinken's conversation with Prince Khalid focused on Yemen, Lebanon and human rights as well as "other key bilateral issues," according to the State Department.

Prince Khalid, the younger brother of Saudi Crown Prince Mohammad bin Salman, is the most senior Saudi official to visit under the Biden administration and comes months after a declassified intelligence report implicated his brother, the Saudi defense minister, in the murder of journalist Jamal Khashoggi.

President Joe Biden came into office promising a reset in US-Saudi ties, having pledged during the campaign to make the conservative country an international pariah due to its poor human rights record.

In February, his administration released a long-awaited US intelligence report that concluded the crown prince had approved the operation at the Saudi consulate in Istanbul “to capture or kill” Jamal Khashoggi, a US resident and columnist for The Washington Post who was a vocal critic of the Saudi royal family.

Prince Khalid was Saudi Ambassador to the United States at the time of Khashoggi’s murder. The CIA concluded that Prince Khalid personally told the journalist to go to the consulate to pick paperwork needed to marry his Turkish fiancee, and did so at the direction of Prince Mohammed.

The Biden administration imposed travel and visa bans on a number of Saudi officials, but disappointed progressives and human rights groups by choosing not to impose sanctions on Prince Mohammed himself.

The Biden administration has said it’s seeking to “recalibrate,” not “rupture” the relationship with Riyadh as the countries work to reach a political solution in Yemen and to contain Iran’s influence in the Middle East.