As Iran swelters with electricity outages, President Hassan Rouhani is pointing to sanctions and arguing for meeting international financing demands that would life them. 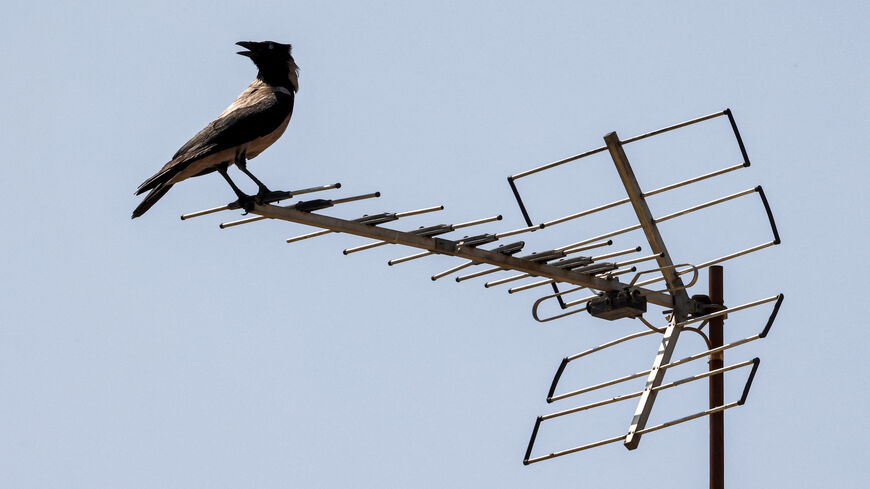 A crow perches on a television antenna in Iran's capital Tehran on June 29, 2021. - ATTA KENARE/AFP via Getty Images

As several Iranian cities were hit by power outages that led to protests, Iranian officials have scrambled to take action and assign blame.

At a cabinet meeting July 7, President Hassan Rouhani talked about the energy needs of the country and plans to increase its energy output through infrastructure investment. However, he said that due to the sanctions that former US President Donald Trump put on Iran, the $4.5 billion in investment that was ready for the energy sector never materialized. He never clarified where the money was supposed to come from.

Rouhani continued that Iran’s refusal to sign the bills that would bring the country into compliance with the Financial Action Task Force has made it difficult for Iran to conduct banking transactions, which has led to a suspension of infrastructure investments. The Rouhani administration was an advocate of the bills but hard-liners in the country argued that signing them would give foreign countries too much access to Iran’s banking information.

In his final weeks in office, Rouhani made on more push for signing the FATF bills, saying, “We became victorious in the economic war but the issue of sanctions remains, which is in our hands.” He added, “Some of it is in others' hands but we are primarily [responsible]. We can make a decision this week and finish it.”

After Trump exited the Iran nuclear deal known as the Joint Comprehensive Plan of Action, he restored sanctions on Iran, drastically reducing Iran’s ability to sell its oil and essentially forbidding any other country to invest there or conduct banking transactions with the country. Iran, the United States and the other signatories to the JCPOA are currently holding talks in Vienna to bring the United States back into the deal and bring Iran back into full compliance after it took steps away from the original terms of the agreement.

Whether or not such arguments continue to fall on deaf ears, Iran has immediate energy concerns that must be addressed now. One step announced by the Energy Ministry today was closing all government offices on Thursdays until mid-August. In Iran all offices are closed on Friday, and adding Thursday would close government offices two days a week. Tehran province also announced that workdays would begin earlier. Tehran is situated in a valley and typically gets much hotter in the late afternoons.

Vice President Eshag Jahangiri also said that all ministries of the Rouhani administration would be made available to address to the electricity shortage. He said also that any rolling blackouts will be planned and effected citizens should get 48 hours of notice.