Iran has announced upgrades to the Arak nuclear reactor and says it is ready to take the fourth step toward the reduction of nuclear commitments. 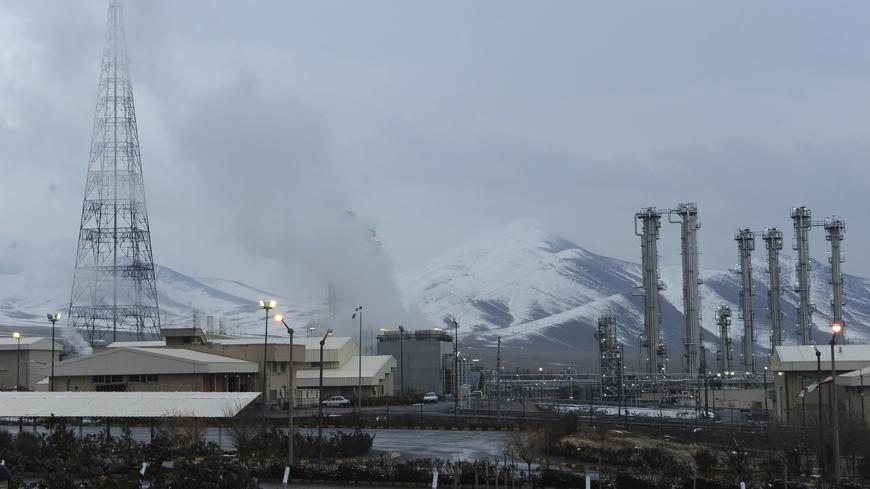 Speaking Oct. 20 at the 48th Nuclear Industry Achievement Exhibition in Kerman, special assistant to the chief of the Atomic Energy Organization of Iran Ali Asghar Zarean said that in two weeks the secondary circuit of the Arak heavy water nuclear reactor will be operational.

“Today we are self-sufficient in designing and constructing all types of centrifuges, and we will build any type of centrifuge that we want,” Zarean said. Headlines in Iran's media, which quoted Zarean’s comments, stated that Iran will “produce the latest generation [of] centrifuges."

Iran has remained committed to the 2015 nuclear deal between Iran and the five permanent members of the United Nations Security Council, known as the Joint Comprehensive Plan of Action (JCPOA). The JCPOA limited Iran’s nuclear program in exchange for sanctions relief. US President Donald Trump exited the deal and reapplied sanctions in 2018. European countries have abided by the new sanctions due to their own fear of US sanctions. Citing articles of the JCPOA that stipulate reciprocal actions for parties to the JCPOA that believe they have been aggrieved, Iran has begun taking steps to incrementally reduce their commitments to the JCPOA.

Iran has already announced three steps — each spanning 60 days. Foreign Ministry Spokesman Abbas Mousavi said Oct. 21 that Iran is ready to take the fourth step, which would likely take place in early November. “The fourth step has been prepared,” Mousavi said, adding, “I hope it doesn’t get to the point of the fourth step and that we witness steps and special changes in the countries that remained in the JCPOA; otherwise, we are ready to take the fourth step.” Mousavi’s reference to remaining countries is Iran’s desire for Europe to secure financial transactions of oil. While Europe has announced an instrument to secure such transactions, Iran says the volume is not such that it can handle oil sales.

While Europe and Iran attempt to work out the details of securing financial transactions in order to keep the JCPOA alive, Iranian Foreign Minister Mohammad Javad Zarif has been on the defensive regarding the Paris-based Financial Action Task Force (FATF). The global dirty money watchdog said that Iran would have until February 2020 to “apply the Palermo and Terrorist Financing Conventions in line with FATF standards, then FATF will fully lift the suspension of countermeasures.”

While the Hassan Rouhani administration has advocated for the measures to pass the various FATF-related bills, arguing that it would ease financial transactions, he has also been on the defensive against aggressive statements and ultimatums. “With its own domestic laws, the Islamic Republic confronts money laundering as a real necessity and domestic goal,” Zarif told reporters Oct. 21, adding, “FATF’s decision is completely political, which we oppose completely. But to pursue our own national interests, we are taking the necessary steps to confront terrorism financing and money laundering.”

Zarif also spoke about the fourth step in nuclear commitments, saying a final decision has not yet been made and it would still need to be approved by the Supreme National Security Council.