Over 150 murals in the Batan al-Hawa neighborhood of East Jerusalem form part of a political art project organized by Jews and Palestinians. 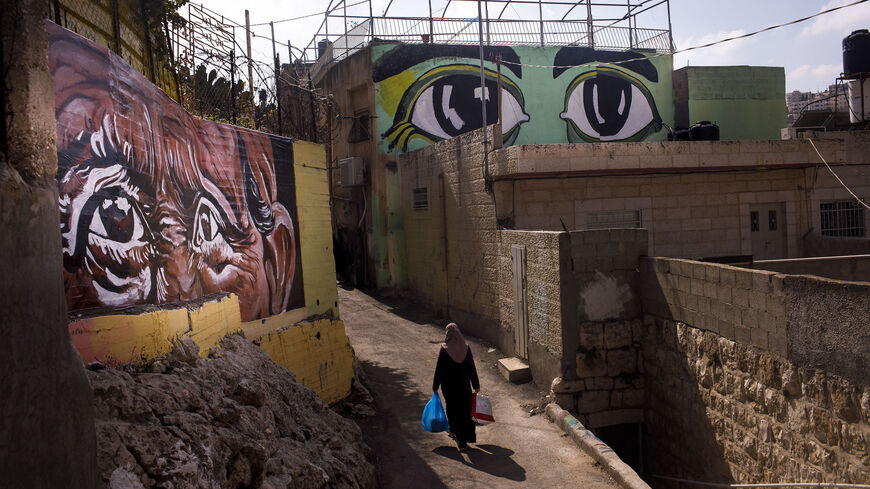 Murals can be seen in Silwan, East Jerusalem. The murals were painted by Palestinian children of Silwan, supported and guided by the American artist Susan Green, on Nov. 1, 2019. - Flickr/Art Forces 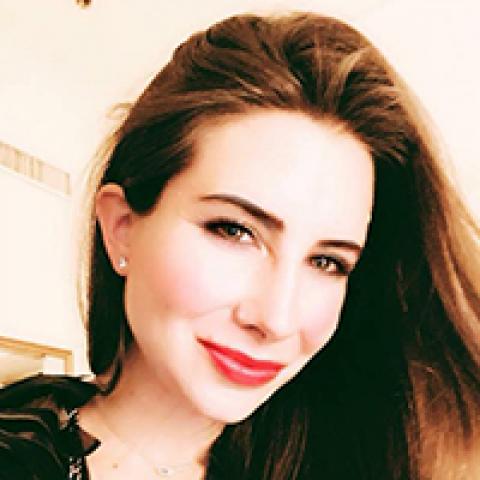 They stare out with determination and conviction from the facades of over 20 buildings in Batan al-Hawa, one of 12 neighborhoods that make up the East Jerusalem Palestinian village of Silwan, overlooking Wadi Hilwa and facing West Jerusalem and the Old City. Their presence is particularly powerful when viewed from a distance: a multitude of large human eyes, variously colored and shaped, facing the world as if to say, “Please look at me now.” Their curious presence, which proliferates through Batan al-Hawa, a neighborhood located in the heart of Silwan where approximately 85 Palestinian families have been facing evictions for decades, would prompt anyone to inquire into their raison d’etre.

To date, 14 Palestinian families have already been evicted from their homes in Batan al-Hawa. The planned evictions come on the heels of the controversial decision in May to evict four Palestinian families in the East Jerusalem neighborhood of Sheikh Jarrah that was postponed for several months due to Palestinian and global outcry.

The large colorful eyes, which are painted like shields on the buildings, aren’t just any human eyes. They depict the eyes of local and international leaders, activists, and martyrs, including those of George Floyd, Alex Nieto, a young American who was shot to death by police in San Francisco in 2016 for which the reason remains unclear, and Iyad al Hallaq, a 32-year-old Palestinian with autism killed by Israeli police in Jerusalem on May 30, 2020.

The murals, part of a multi-site public art project titled “I Witness Silwan,” for which 150 murals are planned, are the result of a decade-long relationship between the Madaa Creative Center, a nonprofit, nongovernmental community arts center based in Silwan, and the US-based Art Forces group, founded and run by Jewish-American artist and clinical psychologist Susan Greene. The two groups have been collaborating since 2011, when they worked on their first community mural in Wadi Hilwa neighborhood of Silwan. The first mural in Batan al Hawa was painted in the spring of 2019.

Greene, who has been working in the West Bank and Gaza Strip since 1989, where she lived in a refugee camp for three months, believes in the power of public art to raise awareness to the Palestinian plight.

“The project looks the ‘colonial gaze’ in the eye,” Greene told Al-Monitor. “Who has the power to look and why? Whose sight counts? Through this project, we want to make the existence of the Palestinians in Silwan and their lives more visible.”

The evocative images in the project are either painted directly on the wall or glued in the form of large-scale vinyl stickers from printed digital files of photographs or paintings, many given by international artists in transnational solidarity of Silwan. In addition to the eyes are numerous painted birds, sometimes up to 4 meters (13,000 feet) high, that are native to Palestine, such as the goldfinch, the national bird of Palestine, which was traditionally caught and bred by Palestinians as a songbird, although this pastime has now been outlawed in Israel. Greene says the incorporation of the goldfinch symbolizes freedom from Israeli occupation.

Many murals are visible from both inside and outside of Batan al-Hawa, while others are visible only from a vantage point across Wadi Hilwa, another neighborhood in Silwan. But it is when the spectator is close to a mural that they can begin to absorb the unique characteristics and individuals portrayed. For example, one mural shows the eyes of Hamad Moussa, a farmer from Deir el-Assad, who lived to be over 100 years old. His image was captured by Palestinian-American visual artist and photographer John Halaka.

“We are all witnesses to the forced displacement of Palestinians from their homes and homeland, yet so few of us dare to speak — so, few of us dare to act,” Halaka told Al-Monitor. “Susan Greene’s ‘I Witness Silwan’ is a courageous act of creative cultural resistance that declares to occupiers, ‘We are watching you. The whole world is watching you.’”

Ateret Cohanim, a right-wing Israeli Jewish nonprofit foundation, also known as Ateret Yerushalayim, is spearheading the evictions in Batan al-Hawa. Its mission is the creation of a Jewish majority in the Old City and Arab neighborhoods in East Jerusalem. It also has a different view of the message relayed by the murals.

“These huge eyes are intimidation tactics for Arabs in Silwan,” David Luria, the executive director and spokesperson for Ateret Cohanim told Al-Monitor. “They have been painted on several buildings as warnings to other Arabs, that the eyes of the PA and other hate-filled radical Arabs are watching any Arab who dares to sell a building or property to the Jewish infidel. We will not be intimated by these eyes.”

On June 1, Israeli authorities froze plans for the establishment of a Yemenite Jewish heritage center in the home of an evicted Palestinian family in Batan al-Hawa. The institute was being established in close cooperation with the Ateret Cohanim organization. According to Ir Amim, an Israeli activist nonprofit founded in 2004 to render Jerusalem as “a more equitable and sustainable city for Israelis and Palestinians,” approximately 85 families, which comes to over 700 individuals, currently face eviction lawsuits due to Ateret Cohanim’s actions in the area.

While controversial and clear acts of protest, the murals of “I Witness Silwan” have also given much joy to the residents during moments of intense uncertainty.

“People in the neighborhood are very happy about the murals,” Zuheir Rajabi, head of Batan al-Hawa resident’s council and director of the Madaa-Silwan Creative Center, told Al-Monitor. “The murals have had a great impact by bringing positivity and optimism to the neighborhood.”

Rajabi, who was born and raised in Batan al-Hawa, began surveilling his neighborhood in 2004 after his brother was shot and injured by Israeli police. His family lives in one of the houses threatened with eviction orders. “There is a court date in early August. Me and my brothers have eviction orders for September,” he told Al-Monitor.

Rajabi co-directs and facilitates “I Witness Silwan” with Greene, which includes the allocation of walls to paint, designing the murals and overseeing the community to participate in the project.

He noted, “Don’t forget that the murals have a message to convey to the world. They reflect the oppression and psychological pressure experienced by the residents of Batan al-Hawa every minute.”