Iraqi Foreign Minister Fuad Hussein made the remarks ahead of Prime Minister Mustafa al-Kadhimi’s visit to Washington on Monday. 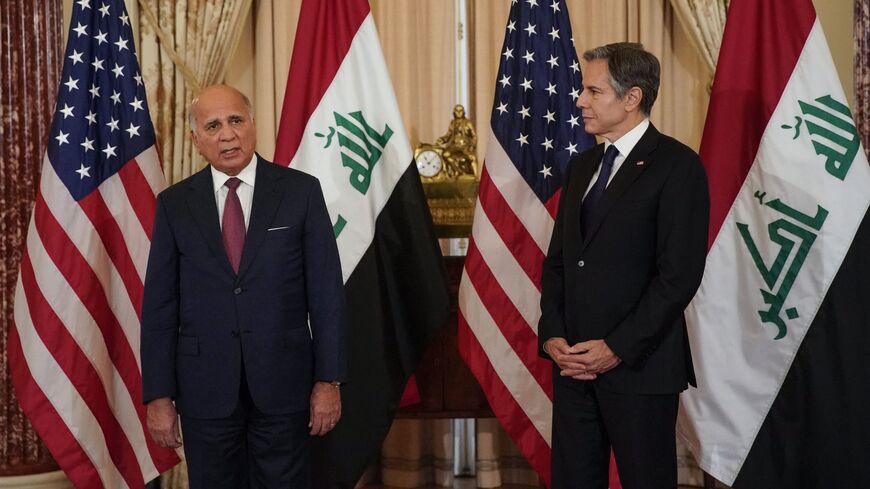 Iraqi Foreign Minister Fuad Hussein (L) and US Secretary of State Antony Blinken speak to the press at the State Department in Washington on July 23, 2021. - ELIZABETH FRANTZ/POOL/AFP via Getty Images

“There’s still terrorist activities for ISIS in Iraq,” Hussein said alongside US Secretary of State Antony Blinken on Friday, using a common abbreviation for the Islamic State.

Hussein highlighted the Islamic State-claimed bombing at a busy market in Baghdad’s Sadr City on Monday, which left more than 30 people dead. In recent months, the Iraqi capital has experienced several attacks attributed to the Sunni terrorist group, which has maintained a low-level insurgency since Iraq announced the Islamic State’s territorial defeat in 2017.

Al-Monitor reported Friday that Baghdad and Washington are preparing a joint statement that will likely mention a timeframe for the withdrawal of American “combat troops” by the end of the year. The announcement is expected to follow Iraqi Prime Minister Mustafa al-Kadhimi’s meeting Monday with President Joe Biden.

Roughly 2,500 US troops remain in Iraq assisting local partner forces. In April, US and Iraq officials discussed an eventual withdrawal, but did not set a timeline.

Ahead of Kadhimi’s visit, the US State Department on Friday announced $155 million in additional humanitarian assistance for the people of Iraq and the communities hosting Iraqi refugees. Since 2014, the US has provided more than $3 billion in humanitarian aid to the war-torn country.

“I think what today is demonstrating is that the partnership between the United States and Iraq is much broader and deeper than even the common fight against ISIS,” Blinken said.