Security will be at top of agenda for US-Iraq Strategic Dialogue today, and when US President Joe Biden hosts Iraqi Prime Minister Mustafa al-Kadhimi on July 26. 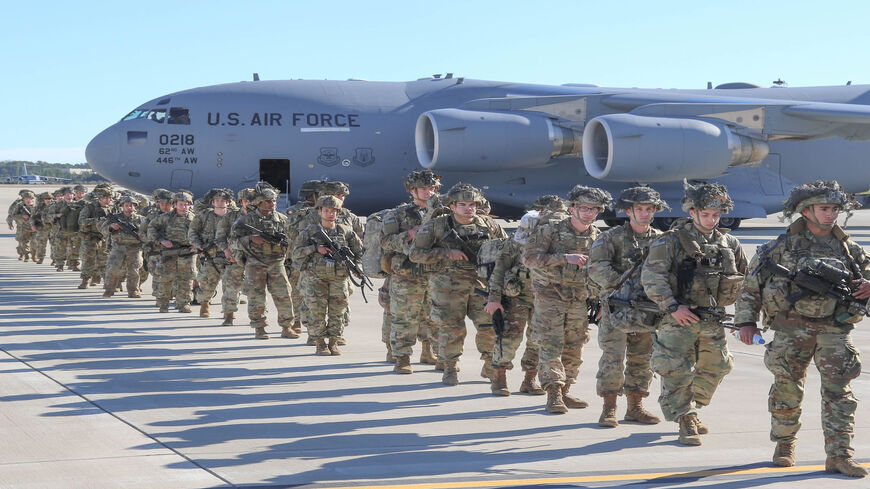 US and Iraqi officials are preparing a statement that will likely mention a time frame for the withdrawal of American “combat troops” from Iraq by the end of the year, a US official confirmed.

The announcement is expected to be released following Kadhimi’s meeting with President Joe Biden on Monday, The Wall Street Journal first reported Thursday.

A military delegation led by Iraq’s national security adviser met with top Pentagon officials on Thursday to lay groundwork for the latest round of dialogue between the two governments, which will include discussion of the presence of US forces in Iraq, Pentagon Press Secretary John Kirby told reporters.

Iraq’s Foreign Minister Fuad Hussein is set to meet with US Secretary of State Antony Blinken today to launch the US-Iraq Strategic Dialogue. Hussein said earlier this week that the meetings will focus on setting a timetable for the withdraw of remaining US “combat troops” from Iraq.

Kadhimi told The Washington Post last week that he plans to ask Biden to withdraw US combat troops from Iraq, but to leave US military advisers and intelligence support in place.

“We don’t need any more fighters because we have those,” Hussein was quoted by The Wall Street Journal as saying. “What do we need? We need cooperation in the field of intelligence. We need help with training. We need troops to help us in the air.”

What they’re saying: The US has roughly 2,500 troops in Iraq, and there are no drawdown orders as yet, two US officials told Al-Monitor.

Washington appears to be offering Kadhimi a win ahead of the elections in October by agreeing to withdraw some coalition forces designated as “combat troops."

"I think everyone has understood that there will come a time when there is no longer a need for US combat forces inside Iraq,” Pentagon Press Secretary John Kirby told reporters on Thursday.

Asked by Al-Monitor, however, Kirby couldn’t say roughly how many combat troops remain there.

“We haven’t had so-called combat troops in Iraq for a year,” other than a few elite forces under Joint Special Operations Command (JSOC), a US military official who recently served in a senior role in the US-led coalition told Al-Monitor.

The official expressed skepticism at what he saw as an apparent move to rebrand some coalition troops, adding that Iran-backed militias don't differentiate between US military advisers and infantry. "They see Americans as Americans," the official said.

The United States withdrew roughly half if its 5000 forces from Iraq last year.  The large majority of those remaining serve as advisers to Iraqi military commanders and brigade security team members in the wake of the multinational war against the Islamic State.

“In fact, we’ve never had many combat troops since the beginning of [anti]-ISIS operations in 2014,” the current official said.

“Coalition troops were always in an advisory role,” said the official, who spoke on the condition of anonymity.

Why it matters: Kadhimi is facing threats from pro-Iran militias and the Fatah bloc in Iraq’s parliament, which continue to demand the withdrawal of US troops from Iraq.

The Iraqi prime minister — seen by Washington as Iraq’s most capable leader in decades --- has rebuilt ties to the Gulf and the Levant, while resisting the growing influence of pro-Iran militias.

Iraq is scheduled to hold early elections in October.

Iraq’s parliament passed a non-binding resolution last year to oust US forces after former President Donald Trump ordered Iranian spymaster Qassem Soleimani assassinated in a drone strike in Baghdad. The assassination turned Soleimani, who was revered by a number of pro-Iran militias supported by his Quds Force over the years, into a martyr.

The de facto head of Iraq's Popular Mobilization Units, Abu Mahdi al-Muhandis, and other personnel were also killed in the strike.

What’s next: Expect a statement following Kadhimi’s meeting with Biden on Monday about the withdrawal of combat forces from Iraq, but don't expect many troops to be coming home just yet. The US-led coalition will retain its current advisory, training and support functions, as part of its presence in Iraq, as Al-Monitor reported last week.