Many in Israel were angered over a speech delivered by Foreign Minister Yair Lapid, who said that anti-Semitism should mean the hatred of any marginalized group, not just Jews. 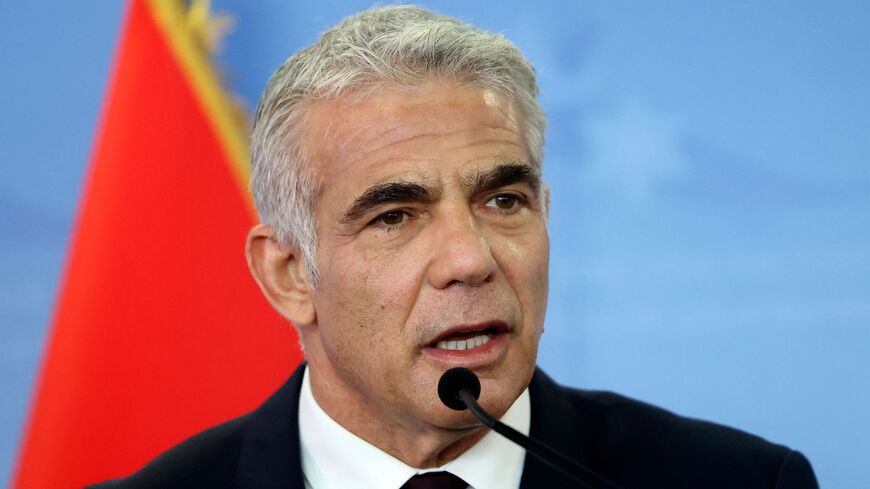 Foreign Minister Yair Lapid delivered a brief but contentious speech before the 7th Global Forum on Combatting Anti-Semitism on July 14, and his remarks are still the subject of heated debate and discussion.

Lapid’s many critics, led by former Prime Minister Benjamin Netanyahu, argued that the speech damaged the struggle against anti-Semitism. Politicians and opinion-makers, mainly from the right, called what Lapid said “strange” and “post-modern,” claiming that it played straight into the hands of those who deny that the very phenomenon of anti-Semitism exists.

In contrast, others praised what they called a groundbreaking speech that broke with the old, familiar paradigm of Jewish victimhood. In that sense, Lapid contributed to the struggle against anti-Semitism, they said.

Lapid is the son of former Minister of Justice Tommy Joseph Lapid, a Holocaust survivor, who spent much of his time combatting anti-Semitism, and so cannot be accused of acting out of malice. As a journalist and author, Lapid is a skilled wordsmith who knows how to make complex ideas accessible, and he did so in his speech.

Lapid then turned to the crux of his argument: “Modern anti-Semitism, which we are dealing with today, exists everywhere. In order to fight it, we need allies. We need to recruit everyone who is against people being persecuted for their faith, their sexual identity, their origin or their gender. … Anti-Semitism is racism, so let’s talk to all those who oppose racism. Anti-Semitism is extremism, so let’s cooperate with everyone who is afraid of extremism. Anti-Semitism is hatred of outsiders, so let’s recruit anyone who was ever an outsider and tell them: This is your fight too. If you don’t help us fight against anti-Semitism today, someone could look at your child in the future and say to themselves, 'I hate him, I want him dead.'”

The foreign minister undoubtedly was taking a new approach to winning world support for the war against anti-Semitism. It differed sharply from the approach taken by generations of Israeli leaders from both left and the right and that of just about all Jewish organizations throughout the world: to set anti-Semitism apart from all other forms of racism and xenophobia.

Former Prime Minister Benjamin Netanyahu, now the opposition leader, is the son of noted historian Benzion Netanyahu, whose academic career focused on the Jews living under the Spanish Inquisition. Outraged, Netanyahu attacked Lapid in a long Facebook post in which he called his speech “scandalous.”

He wrote, “Lapid made a big mistake this week when he offered a very limited and shallow understanding of the concept of anti-Semitism and determined that it is not the hatred of Jews but the hatred of all people, whoever they are. While the hatred of Jews, or ‘anti-Semitism,’ is part of an overall human phenomenon of xenophobia, it differs in its intensity, in the fact that it has persisted for millennia and in the idea that over generations, this murderous ideology laid the groundwork for efforts to exterminate the Jewish people.” Netanyahu went on, “This was a scandalous and irresponsible statement that distorts history and empties the very concept of anti-Semitism of all content.”

International Jewish organizations were also surprised by the foreign minister’s new approach and were quick to disavow it. Chair of the World Zionist Organization Yaakov Hagoel explained, “Anti-Semitism is the hatred of Jews because they are Jews. Millions of Jews were slaughtered in the name of anti-Semitism. It is an ideology of seething hatred and an established ideology that has been translated into pogroms and anti-Jewish riots in just about every center of Jewish life.”

Dan Illuz, who represents the Zionist Organization of American in Israel, accused Lapid of playing into the hands of the “Israel haters,” stating, "It is not only irresponsible. It poses a real danger to the war that we wage day after day against anti-Semitism.” He addressed Lapid directly, saying, “As foreign minister of the State of Israel, you gave a speech that completely runs counter to the interests of the Jewish people. You damaged our ability to fight against anti-Semitism on campuses, in international organizations, in governments and in institutions.”

But others praised Lapid for his speech, including Haaretz' Nir Guntaz, who called the speech “a foundational event in the history of Israel and maybe even in the history of the Jewish people.” He said, “I can't remember when an Israeli leader of such high stature as Lapid … claimed with such clarity that the hatred of Jews is no different from any other hatred against any other religion or nationality. And as a derivative of this idea, nothing is unique about the Jewish people except for whatever uniqueness it attributes to itself.”

Lapid defended himself, arguing, “Over the last day, representatives of the radical right have attacked the speech I gave to the Global Forum on Anti-Semitism in Jerusalem. It turns out that it is not just Israeli society that these people are trying to ruin. They are even willing to help anti-Semites in order to score political points.”

Whether or not Lapid foresaw the intensity of the controversy his remarks generated, he has launched a new debate over the best way to combat anti-Semitism and signaled a whole new approach to the struggle.