Anti-Semitic tweets by the pop star Yildiz Tilbe have found support within some Justice and Development Party (AKP) quarters while the government maintains an official silence. 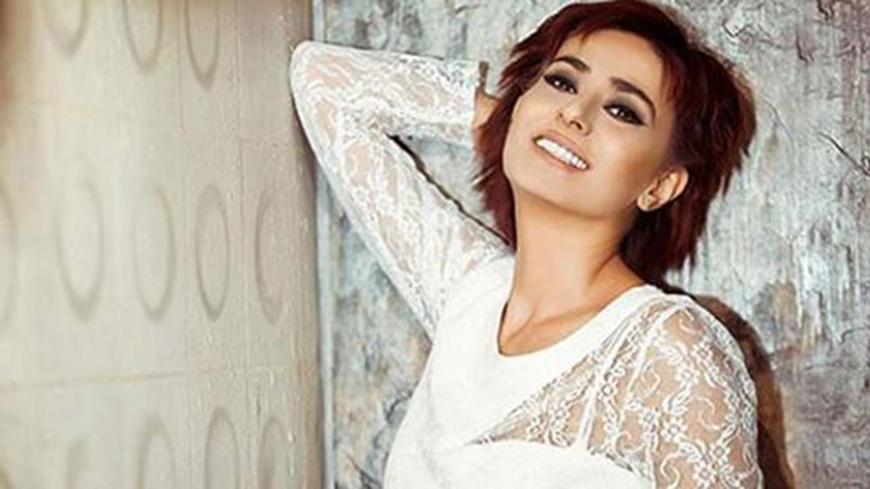 Having a pretty face doesn't prevent a person from being an inhumane racist. Ayelet Shaked, a Knesset member from the far-right Jewish Home Party, recently helped prove this with Facebook postings about Palestinians that left at least one Jewish columnist wanting to burn her own Israeli passport. Israel’s latest military operation against Gaza — deplorable as it is for the deadly and indiscriminate collective punishment it is inflicting on the inhabitants of the besieged Palestinian enclave — has also brought out the worst kind of racism and anti-Semitism in Turkey in the form of another woman — the pop star Yildiz Tilbe.

Tilbe, of Kurdish origin, created an uproar among liberal Turks with her highly offensive tweets following the start of the Israeli campaign. More significantly, however, she found support within the ruling Justice and Development Party (AKP), which demonstrated once again that anti-Semitism is never far from the surface in Turkey. It has also been telling that Prime Minister Recep Tayyip Erdogan has chosen to remain silent about Tilbe's remarks although in the past he has equated Islamophobia with anti-Semitism, condemning both in equal measure.

“May Allah bless Hitler. What he did to them was too little. How correct the man was,” Tilbe tweeted on July 10. “The end of the Jews will be at the hands of Muslims. Allah permitting that will happen soon.” Reactions were quick in coming from liberal quarters, with many making sure to underline that they also condemn the Israeli operation.

A number of critics lambasted Tilbe for her inability to differentiate between criticizing Israel over its Palestinian policy and blatant anti-Semitism. Melih Gokcek — Ankara’s controversial, long-serving AKP mayor who has made a name for himself with less-than-diplomatic and often abrasive remarks against critics and rivals — was quick, however, to jump to the pop star's defense.

Immediately after Tilbe posted her messages, Gokcek tweeted, “I invite all my Twitter friends to applaud Yildiz Tilbe by posting responsible messages.” He also expressed his regret that other artists had not displayed the same sensitivity she had.

Following angry replies from liberal fans, many of whom questioned her intelligence, Tilbe removed the reference to Hitler and declared in a statement that she regretted having mentioned him. She also tried to distance herself from charges of anti-Semitism, but remained defiant about Israel. “I have endless respect for Jews but may Allah damn Israel, Amen!” she declared in a July 14 tweet. Try to backpedal as she might, the cat was out of the bag, and there was little Tilbe could do to improve her image among her critics.

Eyup Can, editor-in-chief of the daily Radikal, took up the issue in his July 15 column, drawing a parallel between Turkey and Israel under the headline “Ayelet Shaked or Yildiz Tilbe?” Can pointed out that there are large numbers of people in the two countries who share the kind of mentality represented by Tilbe, which is why instead of being contrite about what she had said, Tilbe persisted in her offensive line of thinking.

“Does one have to be an enemy of Jews to oppose the inhumane massacres perpetrated by Israel in Gaza? Can we not harshly criticize the mistakes of a race, a country or a group without involving racism or discrimination?” Can asked, clearly trying to strike a balance between criticizing Israeli policies, which many in the West are also doing, while rejecting anti-Semitism.

The Turkish Jewish community reacted to Tilbe’s remarks in a statement issued on its official website. Condemning her “racist and hateful words,” the statement called on judicial officials to “immediately start an investigation under articles of the Turkish penal code covering hate crimes.”

Moshe Kamhi, Israel’s consul general in Istanbul, also reacted angrily to Tilbe’s remarks. Kamhi was born in the same Kasimpasa district of Istanbul in which Erdogan had grown up and had lived there until his family immigrated to Israel. Hurriyet quoted Kamhi as saying, “These extremely serious remarks of a sham artist are lowly and reprehensible enough not to be taken seriously.” He recalled that the Holocaust had begun to be taught in Turkish school books in recent years and added that the undersecretary for the Turkish Foreign Ministry had attended this year’s commemoration of Holocaust victims, held Jan. 26.

Kamhi also called on the judiciary to take action against Tilbe, whose tweets he said constitute hate crimes. It remains an open question, however, whether the judiciary will respond to such calls. It is clear that the relatively secure, yet still marginal existence of Turkey's Jewish community is preventing its members from filing a case against Tilbe.

It is also telling that both Erdogan and members of his government have preferred to remain silent on the matter. In the past, the Foreign Ministry had issued statements about episodes related to anti-Semitism in Turkey, but not this time. Erdogan, in a May address to thousands of AKP supporters in Cologne, Germany, had assured his audience, “Turkey will provide the greatest contribution to strengthening universal and European values,” adding, “Turkey will also be an exemplary country in combating hate crimes, starting with Islamophobia and anti-Semitism.”

Erdogan’s silence on Tilbe’s remarks appear to belie this claim and is even more glaring in light of the mayor of Turkey’s capital, and member of his own party, supporting the reprehensible, anti-Semitic remarks of a pop singer with a large fan base.

The only condemnation of Tilbe from the political arena has come from the center-left main opposition Republican People's Party (CHP). “We have to be taken aback if one of our artists can post a tweet that reeks of racism. In countries that are governed by democracy, a case would be filed against such a person,” Aylin Nazliaka, one of the party’s young female deputies, told a group of supporters in the eastern Anatolian city of Manisa.

Her remarks appeared to express surprise at the lack of public outrage (except from liberal quarters) that a prominent artist could utter such anti-Semitic remarks in Turkey and then be backed, not just by a large segment of the public but also by the mayor of the country’s capital.

Some have argued that Turkey’s avoiding the devastation of World War II has prevented successive generations of Turks from being sufficiently educated about the horrors of Hitler and the Nazi regime. This, the theory goes, makes it easier for anti-Semitic remarks to be uttered and to find support among the public, especially when Palestinians are on the receiving end of Israeli brutality.

While there may be an element of truth to this, it is still an unsatisfactory explanation for a country whose prime minister has ostensibly vowed to combat anti-Semitism with all his might. He should have spoken out on this case, but has not.