The attack on Erk Acarer following his columns on mafia-state links has alarmed other Turkish journalists in exile who have urged the German government to take a stance against "Erdogan’s arm." 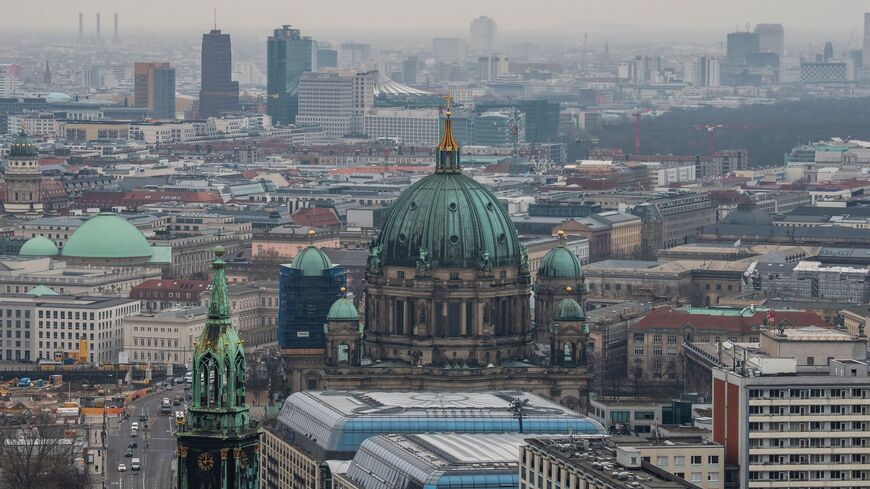 This image of the Berliner Dom (Berlin Cathedral) was taken on March 3, 2020, in Berlin. - JOHN MACDOUGALL/AFP via Getty Images

An exiled Turkish journalist whose recent columns focused on state-mafia links in Turkey was beaten outside his home in Berlin on late July 7 by three attackers who threatened him to stop writing.

The attack sent a wave of alarm to the growing number of exiled journalists in Germany, who fear more attacks unless the German police and the government take a decisive stance on what they call “the arm of the Turkish government.” Press associations called on Berlin to investigate the attack fully, including “the possible involvement of Turkish state actors.”

“If there is no decisive action, there might be more attacks to come to intimidate and silence the journalists here,” Erk Acarer, an investigative journalist who specializes in organized crime, terrorism and religion, told Al-Monitor on the phone. “But I am not the least bit scared. These are the last struggles of a weakening government. We will not be silenced; we will prevail.”

Can Dundar, another journalist who fled to Germany in 2016 to escape legal charges in Turkey, said that the attack was “a direct message to Germany from [Turkish President Recep Tayyip] Erdogan: I have a long arm. We can attack a dissident journalist even in Berlin.”

Dundar was convicted of espionage for publishing a report on Turkish intelligence sending weapons to Syrian Islamist rebel groups while he was the editor of Cumhuriyet, a pro-secular opposition daily, in 2015. He was sentenced in absentia to 27.5 years in prison for disclosing government secrets and “aiding a terrorist organization.” A Turkish court announced in June that it would seek an Interpol red notice — for Dundar.

On July 8, while Dundar was fervently condemning the attack on Acarer, an Istanbul court gave a suspended sentence of three years and an approximately $50 fine to a man who attacked Dundar in Turkey in 2016. Dundar narrowly escaped the gunman, who shot another journalist. “Clearly, a tweet against the government deserves a tougher sentence than a bullet against a journalist,” Dundar tweeted.

“If you want to know who attacked me, just look at those who were targeted in my columns of the last few weeks,” Acarer told Al-Monitor. His recent columns in left-leaning Birgun focus on charges of bribery, drug trafficking and other shady business at the heart of the ruling party. He also criticizes the Turkish legal system for its inefficiency to pursue the claims made by mobster Sedat Peker on state-mafia links and on a former AKP deputy who allegedly received a monthly salary of $10,000 from Peker.

While the AKP has carefully refrained from giving the name of the AKP politician, Acarer and Birgun have openly said that it is Metin Kulunk, a former AKP deputy close to the nationalist biker gang Osmanen Germania. The group, which has targeted high-profile Turkish dissidents living in exile, was banned in Germany in 2018 after eight members went on trial on charges of attempted murder, blackmail, drug trafficking and sexual slavery. The trial lasted one year and seven of the accused from Osmanen Germania were convicted of extortion. Some European Union member states are also considering banning the ultranationalist Grey Wolves, with which the biker gang is thought to be affiliated.

When Kulunk was asked by Oda TV about the alleged $10,000 salary, he simply "thanked the journalist for his interest" but gave no reply. He has yet to respond to the latest allegations publicly.

"This attack confirms everything we have said and written about the fascist Islamist regime,” Acarer said in a video he posted on Twitter on July 8. He made a veiled reference to Kulunk and members of the Osmanen Germania, saying, “The answer to the question [of who the aggressor is] lies side by side with the $10,000 question.”

Deniz Yuksel, a German journalist arrested and held in solitary confinement for a year between 2017 and 2018 in Turkey, wrote in Die Welt that the attackers could be linked Osmanen or Turkish intelligence or just be one of the “numerous Erdogan supporters who could strike unauthorized.”

Acarer is the author of several books, including one on the link between the Islamic State and Turkey. He was settled in Germany with emergency aid from Reporters Without Borders and faces several charges in Turkey including for reporting on the funeral of a Turkish intelligence officer who was killed in Libya and quietly buried. Acarer also hosts a news program in Cologne-based Turkish-language Arti TV, which was founded by opposition journalists in exile in Germany.

Arti TV will meet with government and opposition deputies as well as press groups to demand e a decisive stance against such attacks, producer Ayse Yildirim told Al-Monitor.

“We fear that this is not a one-off attack and similar attacks on us will continue,” she said. “We came here to escape repression. We do not want to feel unsafe or threatened here as we practice our profession.”

“The fact that a journalist from Turkey critical of the government is being attacked in Berlin is worrying and could intimidate other journalists in exile in the country. The authorities have to investigate whether the attack is related to his journalistic work,” Reporters Without Borders managing director Christian Mihr said in a tweeted statement, expressing concern over “repeated” threats and intimidation attempts against journalists in exile in Germany.

Other press groups, from PEN to the International Press Institute, also called on the German government to find the perpetrator. “The attack on Erk Acarer … must be immediately and fully investigated, including as regards the possible involvement of Turkish state actors. … Germany must make clear that it will not tolerate targeted or politically motivated attacks on critical journalists on its soil, and it must ensure that there are serious consequences for those who prompt, organize and carry out such attacks, whether in Germany or Turkey,” said IPI Turkey program coordinator Renan Akyavas.