Turkey's president may be upping the ante against Greece, Cyprus and the European Union. 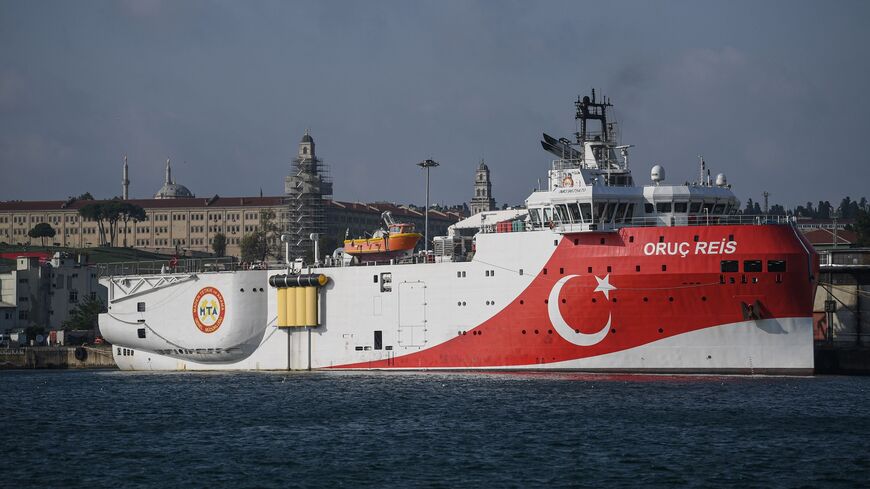 Turkey will keep up its search for oil and gas in contested eastern Mediterranean waters, President Recep Tayyip Erdogan said Friday, despite rival territorial claims from its neighbor Greece.

"Whatever our rights are, we will take them one way or another. And we will carry out our oil exploration operations in the eastern Mediterranean, Cyprus, and all those seas,” Erdogan said in the northwestern province of Sakarya, according to the pro-government Daily Sabah newspaper. Sakarya is on the Black Sea.

Tensions flared between Turkey and the European Union in August 2020 when Ankara deployed a survey vessel in search of offshore gas reserves in waters south of the Greek island of Kastellorizo, which were also claimed by Greece.

The naval standoff reached an impasse when a pair of Greek and Turkish frigates collided in the eastern Mediterranean, bringing the two NATO members to the brink of military conflict. The EU backed Greece in the dispute and threatened to impose sanctions on a number of Turkish individuals and companies involved in the drilling.

Turkey has since withdrawn its Oruc Reis research vessel from the eastern Mediterranean, and in January resumed exploratory talks with Greece for the first time since 2016. In addition to the two rounds of direct meetings, the Turkish and Greek foreign ministers have recently visited each other’s respective capitals.

Last month, Erdogan announced that Turkey had discovered an additional 135 billion cubic meters of natural gas in the Black Sea, bringing Turkey's total reserves there to 540 billion cubic meters. Ankara, which is looking to reduce its dependence on Russian, Azerbaijani and other foreign energy sources, aims to extract and make the gas available by 2023.