Turkey open to talks with Greece without preconditions: foreign minister

During a meeting with his German counterpart, Turkish Foreign Minister Mevlut Cavusoglu said his government is ready for talks with Greece, but without preconditions. 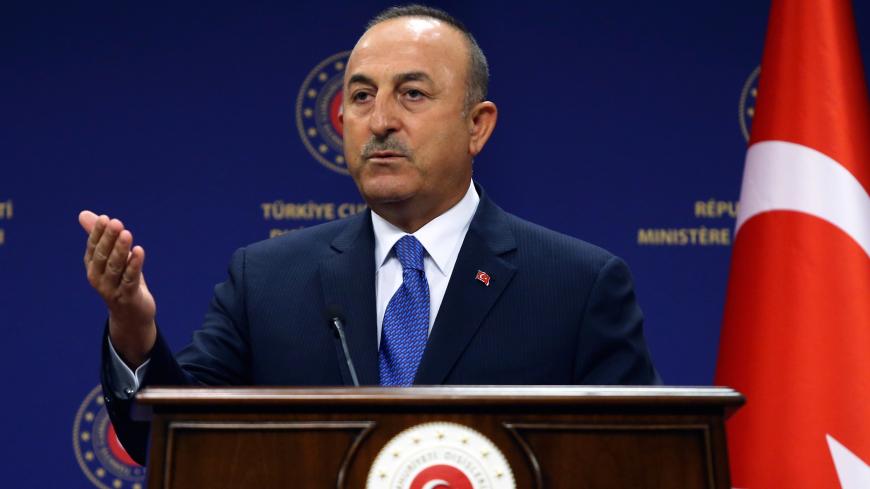 Turkey says it will hold talks with Greece without preconditions over their intensifying dispute in the oil-rich eastern Mediterranean, Turkish Foreign Minister Mevlut Cavusoglu said Tuesday, as the two NATO allies held rival naval drills in the contested waters.

“We are open to talks without preconditions,” Cavusoglu said during a press conference with German Foreign Minister Heiko Maas in Ankara. "We are in favor of negotiations for fair sharing, but nobody should lay down preconditions.”

Germany has tried to defuse tensions between Ankara and Athens, which both claim maritime rights to a part of the Mediterranean Sea, home to potential offshore gas reserves. Maas, who visited with his counterparts in both Turkey and Greece in separate meetings Tuesday, called for direct dialogue “instead of new provocations” that risked direct military confrontations.

“Germany and the whole European Union stand by Greece in firm solidarity," he said. “The other — equally important — message is that what we now need absolutely and immediately are signals of de-escalation and a readiness for dialogue.''

The longstanding territorial dispute escalated after Turkey inked a maritime border agreement in November with the internationally recognized government in Libya that declared Turkey had economic rights to a large portion of the eastern Mediterranean where Cyprus, Greece and Egypt also claim jurisdiction.

After a brief pause, Turkey resumed its drilling activity this month when Greece and Egypt signed a deal establishing an exclusive economic zone in the same part of the Mediterranean that Ankara claims as its own.

Tensions flared again when two Greek and Turkish warships lightly collided in the disputed waters in mid-August. Fellow NATO member France, which backs Turkey’s rival in Libya, deployed warships and jet fighters to the region in a show of support for Greece.

On Sunday, Turkey announced it would be extending the exploratory mission of its survey ship, Oruc Reis, in a move that prompted Greece to schedule nearby naval exercises off the island of Crete. Turkey also announced its own military drills in the same area.