The Turkish navy will hold live-fire exercises in the eastern Mediterranean next week amid rising tensions with Greece. 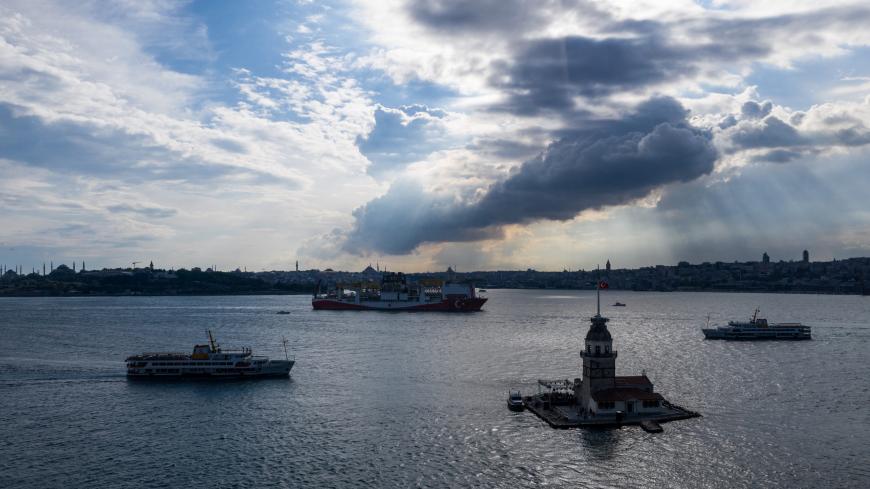 In this aerial photo taken with a drone, the Turkish drilling vessel Fatih sails up the Bosporus toward the Black Sea on May 29, 2020, in Istanbul, Turkey. - Burak Kara/Getty Images

Turkey is planning live-fire military drills in the eastern Mediterranean Sea next week amid its escalating standoff with Greece over energy exploration rights in the contested waters.

NATO members Ankara and Athens both claim maritime rights in a part of the sea containing possible offshore gas reserves. Tensions escalated this month after Greece inked a maritime border arrangement with Egypt establishing an exclusive economic zone in the same area of the Mediterranean that Turkey claims as its own.

After the Egypt-Greece deal, Turkey announced it would extend the exploratory mission of its seismic research ship and the naval vessels escorting it between the islands of Crete and Cyprus. Greece responded by scheduling nearby naval exercises off Crete.

On Wednesday, France said it would be joining Italy, Greece and Cyprus in their military maneuvers in the oil-rich waters. The United Arab Emirates also sent F-16 fighter jets to Crete for joint training drills with Greece.

Germany's foreign minister, who met with his counterparts in Turkey and Greece on Tuesday in an attempt to defuse the crisis, called for all sides to end their military drills in the contested waters.

“We need a diplomatic solution for this conflict. … Nobody will solve this conflict with warships in the eastern Mediterranean," Heiko Maas said during an informal meeting of European Union foreign ministers in Berlin on Thursday.

The European Union has largely sided with its member, Greece. The Associated Press reports that EU officials are debating a range of options to avert a military confrontation between the regional rivals, including sanctioning Turkey and freezing its candidacy for the 27-member bloc.

US President Donald Trump had separate phone calls with Greek Prime Minister Kyriakos Mitsotakis and Turkish President Recep Tayyip Erdogan on Wednesday, during which he urged the two leaders to recommit to dialogue.