The US ambassador to the UN said the Biden administration is still working on policy involving the Golan Heights. 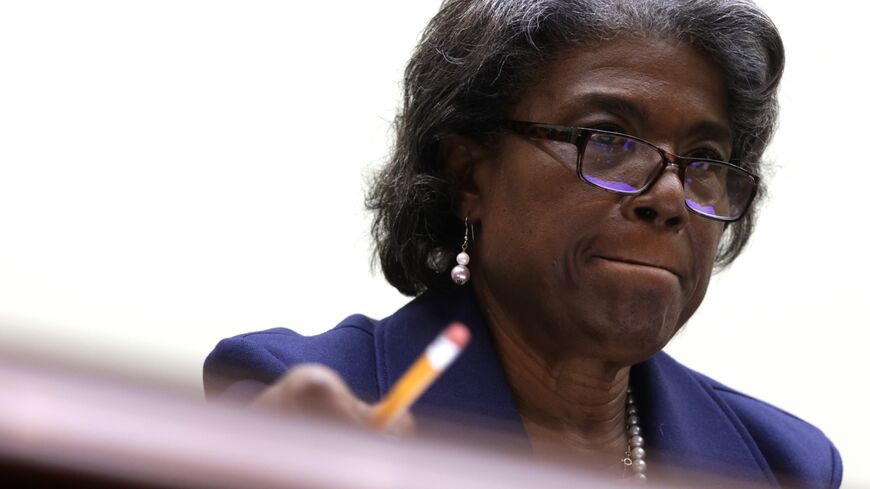 US Ambassador to the United Nations Linda Thomas-Greenfield testifies during a hearing before House Foreign Affairs Committee at Rayburn House Office Building on June 16, 2021, on Capitol Hill in Washington. The committee held a hearing to examine “The Biden Administration's Priorities for Engagement with the United Nations.” - Alex Wong/Getty Images

The US ambassador to the United Nations said Wednesday that the Biden administration has not changed the Trump administration's recognition of Israeli sovereignty in the Golan Heights and is still working on the issue.

Linda Thomas-Greenfield spoke before the House Foreign Affairs Committee during a hearing on the administration’s priorities at the UN.

Republican Rep. Lee Zeldin of New York asked the diplomat what the US position is on the Golan Heights, which Israel captured from Syria during the 1967 war.

“This is an issue that the administration is still working on,” she said. She added, “In terms of the Golan Heights, that’s something that is not yet on the agenda.”

“We have not changed any of the decisions of the prior administration,” she said.

Longstanding UN Security Council resolutions recognize the territory as Syrian and occupied by Israel. When US President Joe Biden took office in January, he did not reverse Trump’s change to longstanding US policy on the matter.

In February, Secretary of State Antony Blinken said officials could “look at” the Trump decision if the situation on ground in Syria changed. At a congressional hearing earlier this month, Blinken told lawmakers that Israel controls the Golan “as a practical matter.”

The Syrian Foreign Ministry criticized Blinken for the latter comments.

The Golan Heights is a strategic territory between northern Israel and southern Syria. Most of the population consists of Druze who consider themselves Syrian. Israel formally annexed the territory in 1981 and has built settlements for Israelis there.