The Washington Free Beacon reported that the Biden administration would be “walking back” President Donald Trump’s decision to recognize the Golan Heights as Israeli. 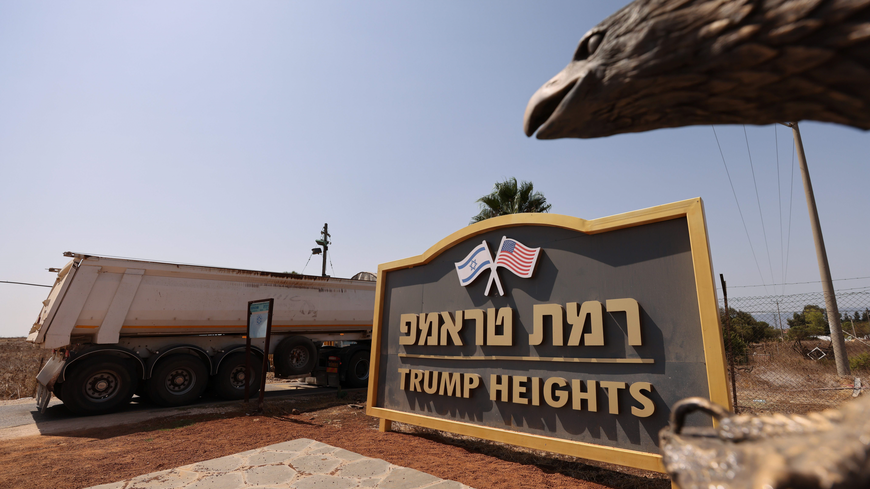 A construction truck enters Trump Heights, an Israeli settlement in the Israeli-occupied Golan Heights on September 21, 2020. Trump Heights, or "Ramat Trump" in Hebrew, was inaugurated in June 2019 by then-Prime Minister Benjamin Netanyahu and then-US ambassador to Israel David Friedman as a celebration to mark President Donald Trump's recognition of the Golan as Israeli territory. In April 2021, the first family moved into the settlement. - EMMANUEL DUNAND/AFP via Getty Images

The US State Department on Friday dismissed a report suggesting the Joe Biden administration would be reversing the prior administration’s recognition of Israeli sovereignty over the Golan Heights.

“US policy regarding the Golan has not changed, and reports to the contrary are false,” read a tweet from the Department’s Bureau of Near Eastern Affairs.

Israel captured most of the Golan Heights from Syria in the 1967 war, and in 1981, annexed the mountainous plateau in a move Israel defends as necessary for its security.

In 2019 Trump broke with decades of US policy by signing a proclamation officially recognizing the Golan Heights as Israeli. The declaration made the United States the first country, after Israel, to recognize Israel’s claim over the contested territory.

On Thursday, the right-leaning Washington Free Beacon reported that the administration would be “walking back” Trump’s decision. The US news outlet quoted an unnamed State Department official who said, “As a practical matter, the control of the Golan remains of real importance to Israel's security.” However, this is almost the same exact quote that Secretary of State Antony Blinken gave CNN in February, begging the question of what the Beacon saw as a change of policy.

Israeli Foreign Minister Yair Lapid said the Free Beacon’s report, which was picked by a number of Israeli outlets, aimed to undermine the new Israeli government.

“Anyone spreading rumors about the rescinding of this recognition harms [our] security, harms the [US] declaration of sovereignty and is willing (not for the first time) to cause real damage to the State of Israel and its relations with the United States — all for the sake of harming the new government,” he said in a statement.

During the CNN interview, Blinken said the administration could “look at” the Trump administration's decision if the security situation in Syria were to change, but added, “We are nowhere near that.”

The Golan Heights recognition was among a number of Trump administration moves seen as favoring Israel in its decadeslong conflict with the Palestinians. In a decision widely condemned by US allies, Trump formally recognized Israel’s capital as Jerusalem in 2017, and months later, moved the US Embassy from Tel Aviv to Jerusalem. His administration also ended restrictions on using US taxpayer funding for scientific research projects conducted in Israeli settlements and announced that American citizens born in Jerusalem could begin listing “Israel” as their place of birth on their passports.